It may come as a shock to you, but many people who do not believe in Jesus say that His story is copied from the stories of legendary heroes and gods. They claim that the tales of the Greek god Dionysus, the Hindu god Krishna, the Egyptian god Osiris, and even the life of Buddha contain information that is copied in the life of Jesus. They claim that Jesus is not unique, but is basically like all the other savior-gods from other religions that go back thousands of years. What makes the life of Jesus any different from these other stories?

When we think about Jesus, we often think of Him as He was when He came to Earth. We think about Him as a baby lying in the manger, or as a miracle-working Jewish man who walked on water. The truth is, however, that Jesus lived long before He ever came to Earth. In John 1:1-3, the Bible explains: “In the beginning was the Word, and the Word was with God, and the Word was God. He was in the beginning with God. All things were made through Him, and without Him nothing was made that was made.”

We learn later in John 1:14 that the “Word became flesh and dwelt among us.” Jesus Christ is the Word. He was with God the Father and has been part of the eternal Godhead forever. He never began to exist. He has always existed. When the Bible records: “Then God said, ‘Let us Make man in Our image, according to Our likeness’” (Genesis 1:26), Jesus was there with the Father and the Holy Spirit creating humans in His likeness. He did not begin to exist when He was born. There never has been a time when Jesus did not exist. In the list of all other “savior-gods,” Jesus is unique in the fact that He is eternal (Colossians 1:17).

Jesus’ Story Has Been Told From the Beginning

Those who accuse Jesus of “copying” information from “older” stories are missing a major aspect of the life and coming of Christ. From the beginning of human history, God was predicting things about Jesus that would allow the world to recognize Him when He arrived. The idea of the resurrection is a good example of this. In Genesis 3, after Adam and Eve sinned and were being kicked out of the Garden of Eden, God told Satan that “the seed of woman” would crush his head. The Bible explains that Satan “has the power of death” (Hebrews 2:14). So, from the time of Adam and Eve, humans have been looking for “the Seed of woman” who would defeat Satan and destroy death.

This prophecy was talking about Jesus and His resurrection. In the book of Luke, John the Baptizer’s father, Zacharias, talked about the coming of Jesus and said that God “spoke by the mouth of His holy prophets, who have been since the world began” (Luke 1:70). You see, God had been telling His prophets facts about what Jesus, the Messiah, would be like from the beginning of human history. God intended for people to understand these predictions were about Jesus, but some people misunderstood Who God was talking about.

Only Jesus Is Perfect

The prophets foretold that the Messiah would be perfectly sinless. He would do “no violence” and there would be no “deceit in His mouth.” His sinless life would be sacrificed for the sins of the world. He would be “wounded for our transgressions” and “bruised for our iniquities” (Isaiah 53:5,9). When we compare the lives of other supposed “savior-gods,” we learn that no other person such as Buddha, or legendary god such as Osiris or Dionysius, could claim to be morally perfect. There is a good reason for this fact. Since all humans sin, no mere human even knows how to make up a story of what a perfect life would look like. They could try to write about one, but their own sinful ideas would always come out in their stories. The actual historic figures such as Buddha never even claimed to be sinless, and the legendary stories of mythical gods all have personality flaws. Only Jesus’ life presents the world with the perfect picture of what God always wanted humans to be.

Jesus’ Life Is a Historical Fact

Greek and Roman mythology contain some fascinating stories about Hercules, Prometheus, and others. Yet, even though there are some very remote similarities between their lives and the life of Jesus, one aspect of Jesus’ life immediately separates His life from theirs. Jesus was an actual, historical person who really lived on the Earth and accomplished the miracles that the Gospel writers recorded. Many trustworthy historical witnesses verified that Jesus lived. There is no record that Osiris lived. Dionysius is a myth. Prometheus never actually lived. Jesus, however, really lived. He walked the streets of Jerusalem in the first century A.D. He ate real food. He floated on a boat in the real Sea of Galilee. His life is historical.

They were absolutely right. Jesus’ remarkable teachings have shaped the world’s thinking for almost 2,000 years. Just think of His stories such as the Good Samaritan and the Prodigal Son. Consider Matthew chapters 5-7, known as the Sermon on the Mount, and recognized, even by many skeptics, as the most profound sermon ever delivered. No teachings by any other person, book, or legendary character compare to the perfect teachings of Christ.

When we look at the life of Jesus, we see the unique Savior of the world. He always has existed as the eternal God. His life and coming were predicted from the beginning of human history. The sinless example He provided has never been rivaled by any other person or even a fictional character. Educated and accurate writers and eyewitnesses documented His legitimate miracles and His resurrection. Many of them even died for their testimony. Jesus’ perfect teachings bring together every truth that is good and needed for a person to be right with the Creator and omit all the incorrect teachings found in other religions and writings.

At the end of time, no one will bow to Osiris. No one will confess the name of Krishna or Dionysus. Everyone, however, will recognize Jesus—the unique, one and only, King of Kings and Lord of Lords. 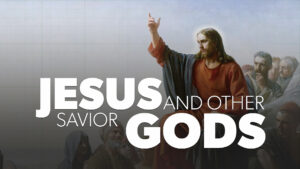 Jesus and Other Savior Gods 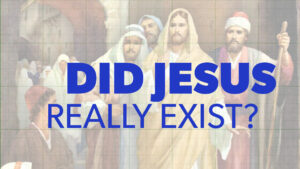