The Bible plainly teaches that humans are made in God’s image and likeness (Genesis 1:26-27). But there are certain things that does not mean. First, it does not mean that we, like God, are divine and should be worshipped. In Acts 14:8-18, the story is told of people at Lystra who tried to worship Paul and Barnabas. But Christ’s two disciples said: “We also are men with the same nature as you” (14:14). Men are not God.

Second, the phrase “image of God” does not refer to the fact that man has a body, form, or shape like God. Animals have bodies, yet they are not said to have been created in God’s image. The phrase “image of God” does not mean that since man has two eyes, two ears, two arms, and two legs, then so must God. God is not something of a physical nature “like unto gold, or silver, or stone” (Acts 17:29). God is spirit (John 4:24), and as such is invisible (Deuteronomy 4:15-16; John 1:18). Since it is the case that a spirit “does not have flesh and bones” (Luke 24:39; cf. Matthew 16:17), clearly, then, man does not bear the image of God in his physical form. 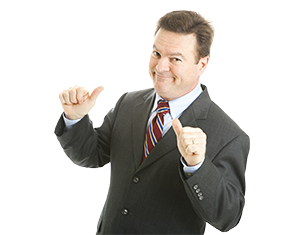 Third, the image of God has nothing to do with the gender distinction between men and women. A sexual distinction is present in certain animals and plants, yet they never are referred to as having been made in God’s image or likeness. Plus, spirits do not have a gender (Matthew 22:30), so this cannot be what the Bible means when it says that people are created in the image and likeness of God.

When the Bible says that God created man in His image, it simply means that man reflects his Creator in those capacities and capabilities that separate him from the rest of the Creation. In other words, man is completely different from the animals and plants. He is a “special” creation. Man’s decency, uniqueness, meaning, and worth, all rest on his being made “in the image of God.” Humans are who they are—and are set apart from all the rest of the Creation—because they alone were made in God’s likeness. What an amazing thought!