What Do the Dead Sea Scrolls Have To Do With the Bible? 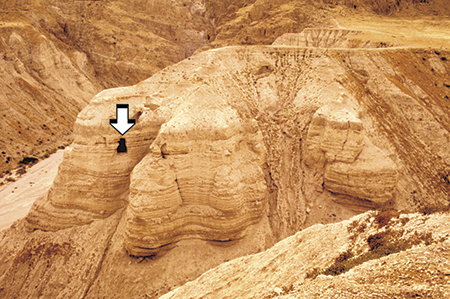 In 1948, the way that the world viewed the Old Testament changed forever. An Arab boy was looking for a lost goat. He threw a rock into a small cave, and heard a sound like breaking pottery. Curious about the sound, he went into the cave and found some leather scrolls in jars with ancient writing on them. It turns out that hundreds of scrolls were hidden in these caves around the Dead Sea. The scrolls most likely were written by a group of people known as the Essenes.

One scroll found in the Dead Sea caves was of particular importance. It was a scroll of the book of Isaiah (with only a few parts missing). What was amazing about this scroll was that when it was compared to the text of Isaiah produced 900 years after it, they matched almost word for word. Only a few small variations existed. The Dead Sea scrolls had proven to the world that the Old Testament had been copied faithfully and passed down to the current time. Once again, the world witnessed that God had made sure that His Word was accurately passed from one generation to the next!