What Do Evolutionists Think About Theistic Evolution?

Creationists—those of us who believe that God created everything in six days—are definitely in the minority. The good news, however, is that there are far fewer evolutionists—those people who believe that God had nothing to do with the origin of this Universe or the life in it. In the middle lies a sizable number of theistic evolutionists—people who think that God may have used evolution in some way. Of course, there are shades of belief across this whole spectrum.

But how do evolutionists view these people on the middle ground? There seem to be two main responses. One view sees theistic evolutionists as allies, or at least gives them credit for believing that nature played a big part in origins. Indeed, a common tactic among dedicated anti-creationists is to paint us as naive, ignorant fundamentalists (a label of derision the “political correctness” movement is happy to leave alone). They implore us to learn from prominent theologians and follow mainstream denominations in rejecting a literal interpretation of Genesis. “Catholic theologians, philosophers, and scholars, in their acceptance of evolution and modern biblical criticism,” Martin Gardner is pleased to announce, “are far ahead of today’s know-nothing Protestant fundamentalists” (1990, 14:248). In Robert Baker’s opinion, evolutionists and theologians were heading to a nice compromise until scientific creationists spoiled it for everyone (1993, 17:422-423).

From our perspective, of course, it is the Word of God that should decide our teaching, not the assorted doctrines of man. For us, it is inconceivable that anyone could shoehorn long-term, large-scale evolution into the Scriptures.

It is precisely this compromise that worries many defenders of evolution, and creates the second view: theistic evolution is as unacceptable as special creation. Darwin’s victory was hollow, they complain, if it can be shown that something outside nature is necessary to explain the Universe or life.

Apparently, some of Stephen Jay Gould’s readers posed the following question: “But isn’t the general order and story [of creation] consistent with modern science, from the big bang to Darwinian theory?” (1988, p. 12). Definitely not, Gould responds, for two reasons: “First, while the broadest brush of the Genesis sequence might be correct—plants first, people last—many details are dead wrong by the testimony of the geological evidence from the fossil record. Second, this lack of correlation has nothing whatever negative to say about the power and purpose of religion or its relationship with the sciences. Genesis is not a treatise on the natural sciences” (1988, p. 12). In other words, evolutionists have devised their own scheme of origins divorced entirely from the belief of any ancient Hebrew. Even if Genesis 1 matched evolution exactly, Gould would not feel compelled to believe the Bible or its Author.

Likely no statement is clearer than that of George Gaylord Simpson: “The attempt to build an evolutionary theory mingling mysticism and science has only tended to vitiate the science. I strongly suspect that it has been equally damaging on the religious side, but here I am less qualified to judge” (1964, p. 232). True, he may be less qualified, but he has judged correctly. Evolution renders God superfluous, if not nonexistent. 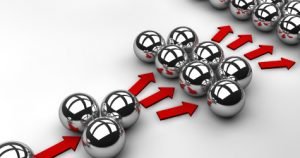