Water and the Early Earth 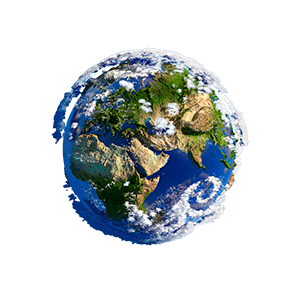 According to evolution, the Earth (along with everything else in our solar system) was born out of a massive cloud of dust billions of miles wide. When the Earth finally formed out of this giant dust ball, it had no water on the surface. Then, slowly, over millions of years, as steam from volcanoes condensed into water, oceans allegedly began to form. 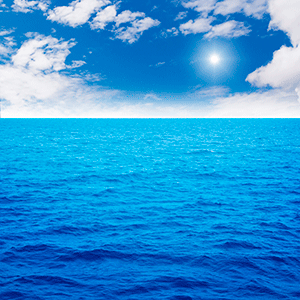 The Word of God tells a very different story. Genesis 1:1 says, “In the beginning God created the heavens and the earth.”  What was this Earth like when God first created it? Was it, as evolutionists teach, “all land and no water”? In fact, the very opposite is true: God covered the Earth with the amazing substance we call water. On day one of Creation, the Earth was a formless, watery planet that God’s Spirit hovered over. On day two of Creation, God separated the waters (not land!) by creating a firmament (also called an expanse or a specific “heaven”), which is most likely our atmosphere. God made water appear above and below this expanse (Genesis 1:6-8). It was not until day three of Creation, after God had already mentioned water seven times in Genesis 1, that He made land to appear out of the water under the expanse (1:9).

Regardless of what some people might say, God’s divinely inspired account of Creation and man’s uninspired theory of evolution disagree in many ways. One of those differences involves the early Earth and the origin of water. As usual, evolution has it wrong: Water did not slowly seep out of the Earth over millions of years; God miraculously made water on day one of Creation.