Was the Robe Placed on Jesus Scarlet or Purple? 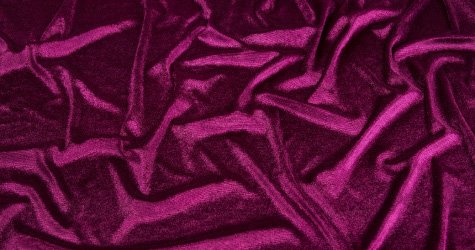 After being flogged with a dreadful Roman scourge, Jesus was taken by Pilate’s soldiers into the governor’s headquarters where the whole garrison gathered around Him. It was here that the soldiers placed a crown of thorns on His head, a reed in His hand, and a robe on His body. Skeptics maintain that a contradiction exists between the Gospel accounts because they describe the color of the robe differently. Whereas Matthew says that the soldiers “put a scarlet robe” on Jesus (27:27-28), Mark says that “they clothed Him with purple ” (15:16-17), and John states that the soldiers put “a purple robe” on Him (19:1-2). These differences have lead some to believe and advocate that the Gospel writers wrote under their own power with no help from a Higher Being, and thus they contradicted one another in their narratives. Because increasingly more people are swallowing such allegations blindly and rejecting the inerrancy of the Scriptures, logical answers are required. The question is, do such valid answers exist for the differences in the Gospel narratives concerning the robe placed upon Jesus after His scourging?

All would agree that we oftentimes see colors a little differently. What one person calls blue, someone else may be more specific and call navy blue. A die-hard football fan may refer to his team’s color as dark red, whereas someone else who sees the team’s faded uniforms for the first time at the end of a grueling season may conclude that the team’s color is more maroon. While coloring pictures for their parents, one child may color an orange-yellow Sun, while the other draws a Sun that is bright yellow. Surely no one would accuse these individuals of lying or being deceitful because one was more specific than another. Likewise, skeptics have no solid ground on which to stand when they disregard common sense and create biblical contradictions that do not exist. The simple fact is, Matthew, Mark, Luke, and John wrote from different perspectives; they did not participate in collusion. The same way that individuals today look at colors and see different tones, shades, and tints, the Gospel writers saw the activities surrounding the life of Jesus from different angles.

The garment placed upon Jesus after his brutal scourging likely was similar to the faded football uniforms mentioned above, but in His case we read of “a scarlet robe…faded to resemble purple” (The Wycliffe Bible Commentary). [It is difficult to imagine Pilate arraying Jesus’ bloody body with a new robe. More likely it was one that had been worn and cast off as useless (Barnes).] According to A.T. Robertson, there were various shades of purple and scarlet in the first century and it was not easy to distinguish the colors or tints (1997). In fact, the ancients (especially the Romans) used the term purple when speaking of various shades of red (McGarvey, 1875, p. 361; Barnes, 1997). Consequently, these different colors sometimes would be called by the same name.

As one can see, there is no discrepancy in the Gospel narratives concerning the color of the robe Jesus wore. Just like others of their day, the Gospel writers simply used the terms scarlet and purple interchangeably.