Kyle Butt, M.Div.
Deity of Christ In The News 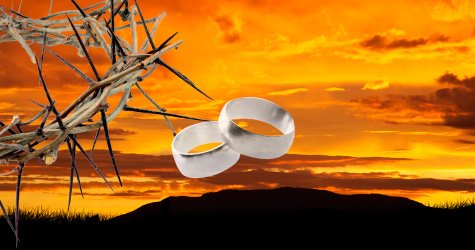 I teach senior Bible at a Christian high school in northwest Alabama. Recently while teaching, I looked down and saw that one of the students was wearing a pair of Chuck Taylor Allstar shoes made by Converse. I found this interesting, because when I was 12, those same shoes were all the rage. It just so happens, as I understand it, styles often have about a 20-year cycle, so that what was in style 20 years ago is back in. Turns out, false theories about Jesus and other Bible characters seem to have a similar cycle. Let me explain.

On November 12, 2014 the Associated Press published an article titled “Married Jesus? New Book Adds Fuel to Conspiracies” (2014). This article discussed a new book written by Simcha Jacobovici and Barrie Wilson titled The Lost Gospel. Supposedly, they have “unearthed” new evidence that would show Jesus and Mary Magdalene were married and possibly had children. The problem with this bold “new” claim is two-fold. First, it is historically wrong. Second, it is not in any way “new.”

The documents of the New Testament are the most historically accurate, most widely attested books from the first century. They give no hint that Jesus was married. In fact, even the document that was written much later than the New Testament books that Jacobovici is using to build his case, according to him, has to be “decoded” in order for a person to find the “secret” message that Jesus was married. But the text, according to Bible professor Greg Carey, contains a story that “was already well known to Bible scholars and ‘doesn’t require any decoding’” (“Married Jesus?…,” 2014). It is interesting that Dan Brown floated this “married Jesus” idea in his book The Da Vinci Code back in 2003, which contained similar fallacious allegations (Lyons, 2007).

Turns out, Jacobovici is rather well-known for his outlandish claims about Jesus. The Associated Press author noted that he has “a record of headline-grabbing but contested claims” (“Married Jesus?….,” 2014). The phrase “contested claims” is a rather subtle way of saying that his wild claims cannot stand up to any type of critical, historical analysis. One of these claims was Jacobovici’s declaration that he had found the family tomb of Jesus. Needless to say, neither the evidence, nor biblical, historical scholarship backed up this claim. [For a thorough refutation of the alleged tomb of Jesus, see Bryant, 2007.]

Two years ago, Apologetics Press’ Executive Director wrote an article answering the idea of Jesus being married (Miller, 2012). Seven years ago, Eric Lyons dealt with Jesus’ relationship with Mary Magdalene. Now, in 2014, we have seen the “cycle” of rumor come back around to surface the idea of Jesus being married. How many times must a false idea be proven to be false before it finally dies out? Who knows, but as long as it keeps popping up, like one of those crazy-eyed, plastic moles in the game of Whack-a-Mole, the mallet of truth will just have to keep beating it back down.