The most effective way to ensure that inaccurate information is not corrected, but is allowed to take up prolonged residence in any population of people, is to ban the teaching of information that would set the record straight. The Proverbs writer noted: “The first one to plead his cause seems right, until his neighbor comes and examines him” (18:17). But if the examining neighbor is summarily banned from the room, then the “first one to plead his case seems right,” since there is no voice of reason left to show the flaws in the initial presenter’s case.

Such is the situation as it stands in the United Kingdom. The U.K. recently banned the teaching of Creation as a scientific alternative to Darwinism in all schools and academies in their country that receive any public funding. The U.K.’s new funding agreement to schools includes the following statement: “The requirement on every academy and free school to provide a broad and balanced curriculum in any case prevents the teaching of creationism as evidence based theory in any academy or free school” (“British Government…,” 2014). This new law means that all public funded schools in the U.K., presently operating or those that will be founded in the future, are banned from teaching Creation as an evidence based, scientific idea.

If the U.K. wants to ensure that its students will be force-fed false information without being allowed to properly assess it, then they have made the right move. It is in such an atmosphere of intentional censorship that truth is repressed and real learning is abandoned. Woe to the nation that refuses to recognize the all-powerful Creator Who brought them into existence.

As a note of warning to those of us in the United States, such bans are not presently in place, but they will be, if those who believe in God and Christ do not stand up to the rising tide of secularism. It is time we cast off the craven ideas that have so long muted the voice of truth and reason. “I can’t or I’ll lose my job,” “The separation of church and states says…,” “I don’t really believe this, but the government says I have to teach it, so turn to page….” Where are the brave Christian souls who will build a wall of truth and stand in the gap? Where are those formidable personalities who are willing to say, “God created you, it is the truth, and I’ll teach it as the fact it is until I am relieved of my position”? Where are those who will herald against the storms of secularism: “Evolution is a false, unscientific theory and here is why” (see Miller, 2013)?

I know there are still some courageous forces for good. I know because they have invited us into their classrooms to teach what is accurate, to distribute material, and to present the scientific evidence for Creation to their children who are starving for the truth. Just last year we were able to put approximately 1,000 copies of our book Truth Be Told into the hands of middle-schoolers across our country. God be praised that such is still legal in our country (if you would like more information on how you can get this done at your school, please contact our offices). We should look with saddened disappointment at the U.K. as a specter of what will be the case in our country in the not-too-distant future, if Christians allow the secular community to fight more boldly for their ungodly cause than Christians are willing to fight for what is right. 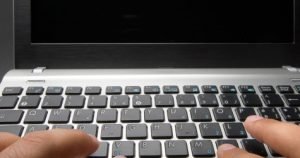 Microcomputers in the Brain Tabulate Design