We know that certain variations within a species that prove more able to survive the various natural stresses will, over time, cause certain genetic characteristics to proliferate through simple reproductive numbers. Is this modern version of evolution attempting to replace Darwin’s original ideas about cross-species evolution with something that is actually observable (yet not at all proof of the general theory)?

Charles Darwin’s research proved conclusively that species can change. He knew this contradicted the prevailing view that God had created every individual species. One of the problems with this doctrine of the fixity of species, apart from being easily disproved by experiment and observation, was that it compelled its adherents to make the secondary claim that God had placed each species in its allotted place. In other words, it was inconceivable that the big-eared elephant in Africa and the little-eared elephant in India descended from a common ancestor. This would have involved change, and change violates the doctrine of species fixity. The simple expedient was to have God put the little-eared elephants in India and the big-eared elephants in Africa.

Darwin’s response was one of incredulity: How could anyone possibly believe that two very similar species were individually created and placed in different parts of the world? It made a lot more sense, Darwin thought, to say that they had a common ancestor, and that one or both of the descendants had migrated to their current locations. Through data collected on the Beagle voyage, in his own breeding experiments, and information culled from experts all around the world, Darwin was able to show that appeals to fixity of species and independent creations simply were unnecessary. In their stead he was able to offer a mechanism—natural selection—whereby changes could arise within species leading, ultimately, to the origin of new species.

However, Darwin went considerably further in arguing that all life was descended from one or a few ancestral forms. He assumed that if puny man could bring about dramatic changes in domesticated species then nature, with all the power at its disposal, could bring about massive transformations. The only way he could prove this was to look at the fossil record—only in the rocks, he thought, could we find evidence for long-term, large-scale change. He recognized, of course, that innumerable transitional forms would have to be found, although he admitted that such was not the case in his day. For this reason, a great part of the origins debate today centers on the interpretation of the fossil record.

As a mechanism, natural selection does appear to work on a small scale (i.e., at the level of microevolution or special evolution). What Darwin desperately needed was a way to prove that such a mechanism could work on a large scale (i.e., at the level of macroevolution or general evolution). Despite modern refinements, this fundamental problem persists because it strikes most people as being profoundly contrary to common sense. Our experience suggests that cows have baby cows, cats have baby cats, dogs have baby dogs, etc. Selective breeding of such domesticated species shows a capacity for deriving dramatic new varieties within a few generations. Careful observations of wild populations occasionally reveal hybrid species. A wider cast of the net may catch a new species in the process of becoming reproductively isolated from its known relatives. But it is quite a different matter to say that we, along with cows, cats, and dogs, all are descended from slime.

So, the answer to this question is that modern evolutionists continue to assert that observed small-scale changes may be translated into supposed large-scale changes over long periods of time.

The person I am debating has indicated that evolutionists no longer are fixated on uniformitarianism. But, isn’t the modern allowance for catastrophic change (as advocated by Gould and Eldredge) just a convenient waffle on the part of the evolutionists? How can I counter someone who has no problem allowing for catastrophism in evolutionary theory?

Uniformitarianism came to dominate geology, thanks in large part to Charles Lyell. This naturalist-cum-lawyer extended and popularized the work of James Hutton, who is considered the “father” of uniformitarianism. Charles Darwin absorbed Lyell’s two-volume set during his trip on the H.M.S. Beagle. Taking his cue from uniformitarianism, Darwin concluded that species not only had unlimited capacity for change, but that this change occurred uniformly through time (he used the Latin phrase, natura non facit saltum, or “nature never makes leaps”).

However, Hutton and Lyell were reacting in part to catastrophism gone wild. Naturalists at the turn of the nineteenth century were willing to see many catastrophes in the geological record, with Noah’s flood simply being the last of them. Just as the pendulum soon would swing from absolute species fixity to infinite species transformation under Darwin, so the pendulum swung from ultra-catastrophism to extreme uniformitarianism under Lyell. Only in the last two decades has the pendulum swung away from that extreme, with geologists now recognizing that processes can happen at different rates. For the most part, however, when geologists go out into the field with geological hammer in hand, gathering samples and measuring slip/strike angles, they practice uniformitarianism. They are not likely, for instance, to entertain the idea that a five-thousand-foot sequence of sandstone rock is the product of a single, relatively brief event.

But this debate over geological rates is nowhere near as heated as the present debate over evolutionary rates. Over twenty years ago, Stephen J. Gould and Niles Eldredge initiated a controversy by suggesting, contrary to Darwin, that nature does make leaps. Their theory, known as punctuated equilibrium, suggests that species often remain fairly constant in form, only to be followed by daughter species that appear to emerge within a relatively short period of time. One motivation for proposing such an idea seems to have been the remarkable absence of transitional forms from one fossil species to the next. Such a proposal admits that stability, not change, is the dominant feature of the fossil record. Rather than being a “convenient waffle,” punctuated equilibrium represents a substantial alternative to the concept of gradualism.

The main problem with allowing rapid, large-scale change in biological evolution is that it is only an interpretation of the fossil record. Orthodox Darwinists believe they have a mechanism—natural selection acting on mutations—but when they go looking for gradual, steady change in the fossil record, they find gaps between species and species stability. The punctuationists see these same contrary data and conclude that evolution over the long term has proceeded in leaps and bounds separated by long periods of very little change at all. Hence, one version has a partial mechanism and little evidence, while the other has observational support but no particular mechanism. The sum total of the argument for macroevolution is very nearly zero. 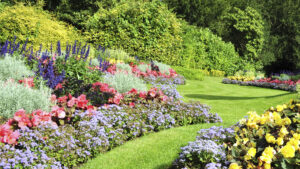