One powerful proof of the supernatural origin of the Bible is the presence of predictive prophecy within its pages. Old Testament prophets predicted minute details of events that were fulfilled in the New Testament. The uninformed observer may take this claim with “a grain of salt,” thinking that anyone can write a book that makes predictions, and then report the fulfillment of those predictions in the same book. In other words, one might simply assume that the entire Bible was written by only one (or a few) writers who simply selected contemporaneous events at the time they were writing, and then couched their subject matter in an anticipatory format, creating the impression that they were predicting events yet future to their own day.

This methodology certainly has been followed by other books that claim to be from God. The Book of Mormon is characterized mostly by its reporting of the past. It purports to be the result of a single individual—Joseph Smith—who allegedly received gold plates from an angel, which then were translated with divine assistance (see Miller, 2003). Likewise, the Quran claims to be the result of revelations presented to a single individual—Muhammad—by the angel Gabriel. It, too, gives the appearance of being the result of a single person responding to his surroundings without the ability to predict the future.

In contrast, the canon of the Old Testament Scriptures, completed prior to the formation of the New Testament, stands as an indisputable fact of history. Although the higher textual critics have attempted to reassign late dates to many of the Old Testament books, even they have not dated them beyond the second century B.C., with canonization complete by 100 B.C. (see Archer, 1974, pp. 77-79). One reason for this concession is the fixed historical fact that the Hebrew text of the Old Testament was translated into Greek by seventy-two scholars in Alexandria in approximately 250 B.C. The existence of this translation, known as the Septuagint, is corroborated by several independent historical witnesses (see Harrison, 1969, pp. 228ff.; Koester, 1982, 1:252ff.; Tenney, 1976, 5:342-343). The existence of the Septuagint verifies that the thirty-nine books of the Old Testament were intact over 300 years before the first books of the New Testament were penned. Likewise, the discovery of the Dead Sea Scrolls has further demonstrated a pre-Christian presence of the Old Testament books (see Finegan, 1959, 2:271ff.; Thompson, 1962, p. 264; Free and Vos, 1992, pp. 175ff.; Pfeiffer, 1969, pp. 25ff.; Archer, 1974, pp. 38ff., 505-509).

One particularly striking prophecy was uttered by the prophet Micah, who lived and prophesied in the eighth century B.C. (Lewis, 1966, p. 32). He articulated a very specific reference to the place of Christ’s birth: “But you, Bethlehem Ephrathah, though you are little among the thousands of Judah, yet out of you shall come forth to Me the One to be Ruler in Israel, Whose goings forth are from of old, from everlasting” (5:2). This prophecy is remarkable on at least two counts. First, the fact that anyone could predict the precise city where a “ruler” would be born centuries later is unsurpassed in ordinary human experience. A charlatan would be “leaving himself wide open” to being discredited. Psychics, palm readers, spiritualists, and faith healers of today are very careful to maintain ambiguity and to keep their words sufficiently vague as to allow for adjustment, evasion, and multiple explanations. Pinpointing a specific city is specificity that is incomparable in its own right. 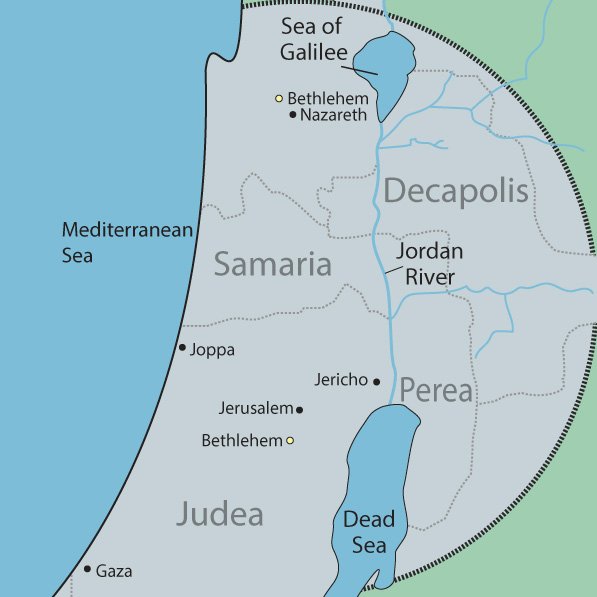 Second, Micah “stuck his neck out” even farther when he identified the city as “Bethlehem Ephrathah.” Few people probably realize that Palestine contained two towns named Bethlehem. Similarly, in the United States, we have Paris, Texas, and Paris, Tennessee. There’s a Jackson, Mississippi, and a Jackson, Tennessee, as well as a Lexington, Tennessee, and a Lexington, Kentucky. The Bethlehem with which most people are familiar is Bethlehem of Judah, located five miles south of Jerusalem. This town, or its inhabitants, is mentioned frequently in the Old Testament (e.g., Genesis 35:19; 48:7; Judges 17:7-9; 19:1ff.; Ruth 1:19), and was the birthplace of King David (1 Samuel 16:4; 17:12,15; 2 Samuel 23:14,16). After the Babylonian exile, Bethlehemites reinhabited the town (Ezra 2:21; Nehemiah 7:26). This same Bethlehem served as the birthplace of the Messiah (Matthew 2:1,5; Luke 2:4,15). In fact, King Herod’s familiarity with biblical prophecy caused him to concentrate his massacre of innocent babies on the infant population of this particular Bethlehem.

The other Bethlehem was Bethlehem of Zebulun in northern Palestine. Though mentioned less frequently in the Old Testament (Joshua 19:15; Judges 12:8,10), archaeological excavations indicate that it was a place of some importance in earlier days (Masterman, 1956, 1:449-450).

How did Micah know that Jesus would be born in Bethlehem—let alone Bethlehem Ephrathah? The only rational explanation is that Micah was inspired in his writing—supernaturally guided to predict the precise location where the Messiah would be born. The Bible stands alone—in a class by itself—apart from all other books on the planet that claim to be of divine origin. It is, in fact, the Word of God. As such, it reserves the right to require conformity to its precepts by all accountable human beings.

Micah, the Messiah, and the Little Town of Bethlehem