The conspiracy to revise the past in order to make it match the current “politically correct” climate of society is manifesting itself in a myriad of ways. One is the ongoing effort to produce gender-neutral translations of the Bible. Another is the attempt to eliminate any indications of the Christian religion from public life—whether “under God” from the Pledge of Allegiance or the Ten Commandments from the Alabama Judicial Center building. Perhaps you remember in the late eighties when a mainline protestant denomination considered removing from its hymnal “Onward Christian Soldiers” due to its militant, warlike lyrics.

All of these efforts share in common the fact that they are based upon frail human perception that constantly undergoes alteration with the passing time, rather than being based upon unchanging principles and absolute values that have been articulated by God. “Onward Christian Soldiers” was written by an uninspired human being, and needs no defense. However, opposition to the song raises a broader issue that does merit consideration. Those who find the song objectionable, obviously possess in their own minds a standard with regard to the use of militant terminology in Christian hymnody. They feel that such warlike language is inappropriate and unacceptable. However, the real concern should lie in how God feels about the matter. What does God’s Word say about the propriety of militant language in Christian parlance?

The New Testament repeatedly describes the Christian life metaphorically as a battle to be fought and a war to be waged. Timothy was told to “war a good warfare” (1 Timothy 1:18), to “fight the good fight of faith” (1 Timothy 6:12), and to “endure hardship as a good soldier of Jesus Christ” (2 Timothy 2:3). Paul described his ministry as a “fight” (1 Corinthians 9:26; 2 Timothy 4:7). He characterized his right to receive monetary support as comparable to that of a soldier (1 Corinthians 9:7). Early Christians endured warlike struggles and conflicts (Hebrews 10:32). Christians are told to “put on the whole armor of God”—which includes taking the “sword of the Spirit” (Ephesians 6:11-17). They wear “armor of light” (Romans 13:12) and “armor of righteousness on the right hand and on the left” (2 Corinthians 6:7). Even the specific parts of the Christian’s armor are identified (Ephesians 6:14-17; 1 Thessalonians 5:8). Christians use “weapons” in a “warfare” (2 Corinthians 10:4).

When one bothers to consult divine guidelines, one finds that inspired writ frequently represents the Christian’s existence as analogous to that of a soldier. In fact, the song “Onward Christian Soldiers” does a good job of capitalizing on this perfectly scriptural metaphor. Perhaps as society is in the process of abandoning the Christian worldview, devotees of New Testament Christianity ought to get busy emulating their militant and warlike King Who, with flaming eyes and followed by the armies of heaven, “judges and makes war” (Revelation 19:11). 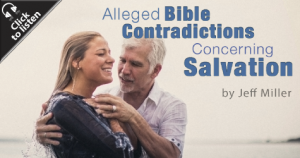 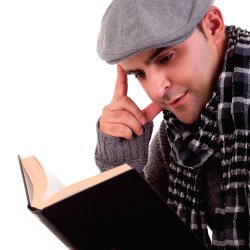