The True Lord of Lightning 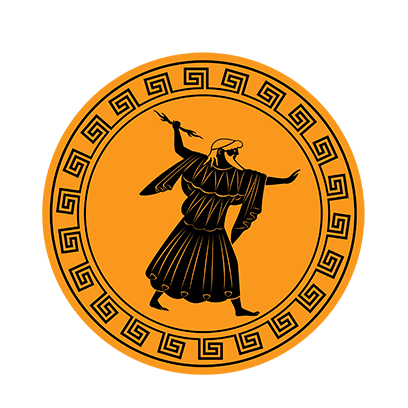 Many people throughout history have associated powerful lightning and thunderstorms with various gods. Northern Europeans once believed that Thor was a real god associated with electrical storms. The ancient Greeks believed that their false god Zeus was the god of thunder and lightning, and they often depicted him with a lightning bolt in his hand. The Canaanites (and others) worshiped an idol-god that they called Baal. This false god supposedly was the god of storms who made the rain and lightning. Pagans would serve these (and other) gods in hopes that rain would replenish the Earth.

The true God of thunder, lightning, and rain is the God of the Bible—the God of Heaven and Earth. The psalmist said: “I know that the Lord is great, and our Lord is above all gods…. He causes the vapors to ascend from the ends of the earth; He makes lightning for the rain; He brings the wind out of His treasuries” (Psalm 135:5,7).

Perhaps nowhere was the distinction between the one true God of heaven and Earth and the false, manmade gods ever made more clear than on Mount Carmel around 850 B.C. The true prophet Elijah challenged the false prophets of Baal. The test was simple. If Baal (who was sometimes depicted with a lightning bolt) is God, then let him bring down fire (lightning) from heaven to light a sacrifice on fire. If Jehovah is God of heaven and Earth (and rain and thunderstorms), then let Him light Elijah’s sacrifice.

The false prophets of Baal called upon their false god of thunder and lightning from morning until noon, even until midday had past. Their sacrifice remained unchanged and testified to the foolishness of Baal. When the true prophet of God spoke, however, “the fire of the Lord fell and consumed the burnt sacrifice” and everything in it (1 Kings 18:38). 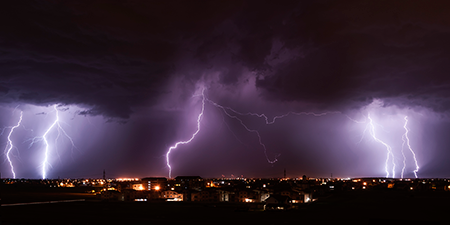 Indeed, the true God of heaven and Earth is the God of the Bible. He created this natural world and everything in it, including nature’s electricity that we hear and see in the form of thunder and lightning. 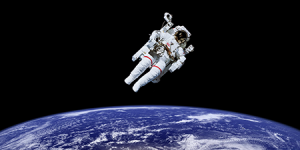 The Great Ocean of Air