Television, video games, and computers are very exciting things that capture the attention of young men and women all over the world. Through them, we are able to visit far-off places, fight deadly dragons, race fast cars, and go on a million other wild adventures. But when the TV is turned off, the video games are put away, and the computer is shut down, we realize that we never actually left our rooms, the fast cars never really moved, and the dragons weren’t so deadly after all. It was just pretend, not real.

But what if I told you about a book that tells of real battles between men and giants? A book that describes a real creature with fire billowing from its mouth and smoke streaming from its nostrils. A book that tells of a sea being parted, and people walking through on dry land. This book tells of the long and gruesome war between the evil forces of darkness and the all-powerful Force of good. It is alive and exciting, but the best part about this book is that it is real life. It can never be turned off, unplugged, or shut down. It shows how ordinary humans can be transformed into God’s children.

Maybe you’ve heard of this book; in fact, you probably own one—the Bible. But do you know just how special this book is? Just in case you don’t know what a treasure you have, let me tell you some wonderful things about The Book. 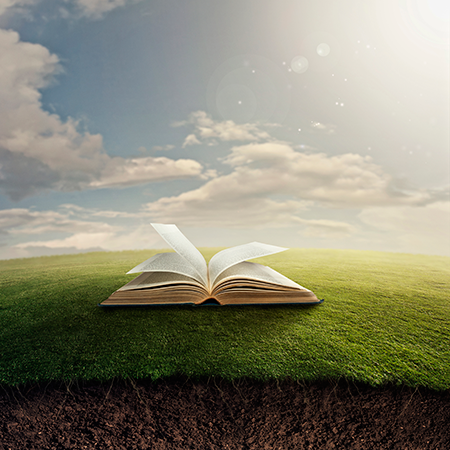 Thousands of years ago, God spoke directly to people. He did not use a book to tell them how to live; He simply spoke to them like your mother or father speaks to you. Some of those men wrote down what God said to them so that their children, grandchildren, and even future generations would know the things God wanted them to do. Over the years, the writings of these men were put together in a book that we call the Bible. God used about 40 men to write the Bible—men who were very different from one another. Some of them were very rich kings, while others were just poor shepherds. Some of the men were very well educated, while others had little education at all. They wrote during different times in history. In fact, the Bible was written over a period of about 1,600 years. God instructed Moses to write the first books of the Old Testament in approximately 1500 B.C.And the apostle John wrote Revelation (the last book of the New Testament) in about A.D.100.

Amazingly, although many of the books of the Bible were written hundreds of years apart by different men, they still fit together so that they read like one story. Of course, they fit together so well because God was behind their writing, instructing each man what to write.

But how do we know that it has not been changed over the many hundreds of years since it was written? Is there proof that the books of the Bible we have in the 21stcentury are the same as the ones people had 500 or 1,000 years ago? Absolutely! And this issue of Discovery will show you some of that proof.