The Resurrection of Christ as a Fact of Science

Deity of Christ Resurrection of Christ
From Issue: R&R – August 2013

Famed atheist and New York Times bestselling author Sam Harris published a book in 2010 titled The Moral Landscape: How Science Can Determine Human Values. In the book he attempted to show that atheistic materialism can provide a standard by which to judge moral behavior. He failed to prove his point, as we have shown in other places (Butt, 2008), but he did make some telling admissions.

In the introduction, Harris provided an endnote that described his view of the concept of a “fact.” He stated:

For the purposes of this discussion, I do not intend to make a hard distinction between “science” and other intellectual contexts in which we discuss “facts”—e.g., history. For instance, it is a fact that John F. Kennedy was assassinated. Facts of this kind fall within the context of “science,” broadly construed as our best effort to form a rational account of empirical reality. Granted, one doesn’t generally think of events like assassinations as “scientific” facts, but the murder of President Kennedy is as fully corroborated a fact as can be found anywhere, and it would betray a profoundly unscientific frame of mind to deny that it occurred (2010, p. 195).

Harris is exactly right. Events that happened in the past such as assassinations can be every bit as scientific and factual as other types of experiential knowledge. In fact, those of us who believe in the resurrection of Jesus Christ have contended for years that direct observation is not necessarily needed to establish it as factual. If the assassination of J.F.K. can be nailed down scientifically and established as a fact, is it not also true that the historicity of the resurrection of Jesus Christ can be equally validated as a scientific fact in the way Harris describes? Certainly it is. (We have established the case for the fact of the resurrection elsewhere, see Butt, 2002.)

“In our best effort to form a rational account of empirical reality” we are forced to conclude that no other series of events offers the explanatory power of the resurrection of Jesus Christ from the dead. The event is recorded in detail in the only book in the world that is proven to be inspired by God. Hundreds of people in the first century saw the resurrected Lord, and testified of such. And the fact is that Jesus’ tomb was empty.These facts and others combine to provide a cumulative scientific case to establish the fact of Jesus’ resurrection.

Of course, Sam Harris would disagree about the resurrection of Christ being a fact. But his insightful discussion of what actually constitutes a scientific fact opens the door for the resurrected Lord to walk through. “And it would betray a profoundly unscientific frame of mind to deny that it occurred.” 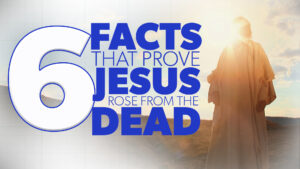 6 Facts That Prove Jesus Rose From the Dead 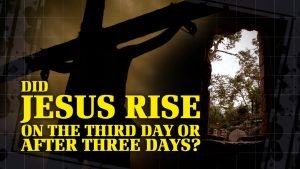