Creation vs. Evolution Design in Plants
From Issue: Discovery 10/1/2016

When I was in high school, I loved to see the big, huge pumpkin boxes arrive at Walmart. Maybe you know what I’m talking about. They are about four feet tall and four feet wide and are filled with pumpkins, often stacked on top of each other about five pumpkins deep. I know people must have thought I was crazy, because I would start at the top of the box and inspect virtually every pumpkin. In fact, I would pick the ones off the top, put them on the floor of the store, and basically empty the whole box until I got down to the bottom layer so that I could see them all. What was I looking for? The perfect pumpkin. I wanted the roundest, “orangest,” perfectly stemmed piece of pumpkin perfection I could find. I love pumpkins, and have for as long as I can remember.

It just so happens, I’m not the only one who finds pumpkins fascinating. In the United States, pumpkins are big business. About 1.5 billion pounds of pumpkins are produced each year. Basically, pumpkins are in the squash or gourd family, and there are about 45 different varieties that come in all shapes and sizes. They are grown on six of the seven continents. Antarctica is the only continent where pumpkins don’t grow. 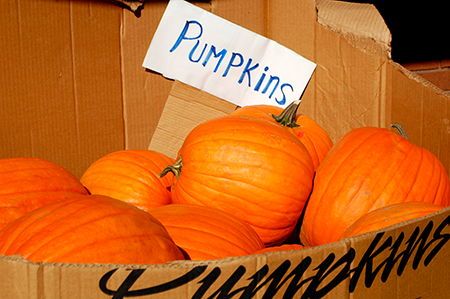 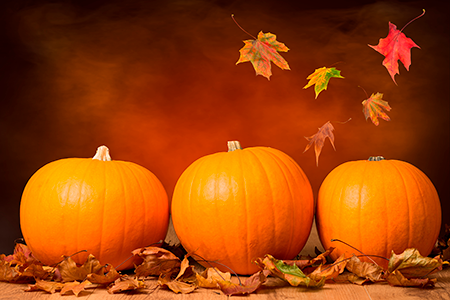 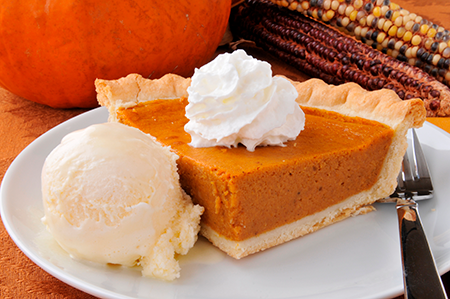 What do people use pumpkins for? To make a complete list of pumpkin purposes would be almost impossible, because there are so many ways to use them. Many people use them for decoration, especially during Thanksgiving. Also, millions of them are carved for Jack-O-Lanterns in October. Pumpkins are edible (you can eat them) and are used in all kinds of food products. Pumpkin juice is very tasty. Pumpkin seeds are often roasted and eaten as a snack, and since there are about 500 seeds in each pumpkin, that makes for plenty of snacking. Also, the inside of the pumpkin rind is scraped off and added as one of the main ingredients in pumpkin pie. Many coffee shops and bakeries use pumpkin spice in coffees, lattes, milkshakes, and cake. Did you know that even the flowers of the pumpkin plant are edible? Turns out, pumpkin is pretty good for you. It is about 90% water, but contains high levels of Vitamin A and beta-carotene, which are great for a healthy body. In addition, many millions of pounds of pumpkins are grown to feed animals.

Sometimes pumpkins are just grown for “sport.” For instance, fairs and fall celebrations around the world feature “biggest pumpkin” contests. At these competitions, farmers haul in their largest, prize pumpkins to see whose weighs the most. Many of the pumpkins weigh more than a thousand pounds. Some of them weigh more than 1,500 pounds. But the biggest pumpkins can weigh over 2,000 pounds. Now those are huge pumpkins. There is also an annual Punkin Chunkin festival in the state of Delaware. A few years ago I was doing a seminar in the area and a member of the church took me out to see it. There were thousands of people and huge “catapults” that were launching pumpkins hundreds of feet through the air. It was something to see. 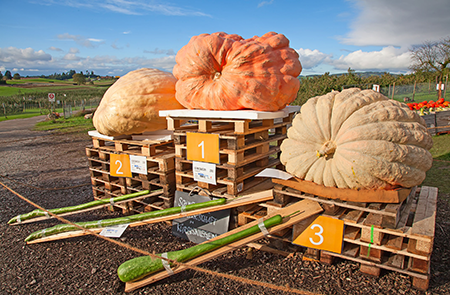 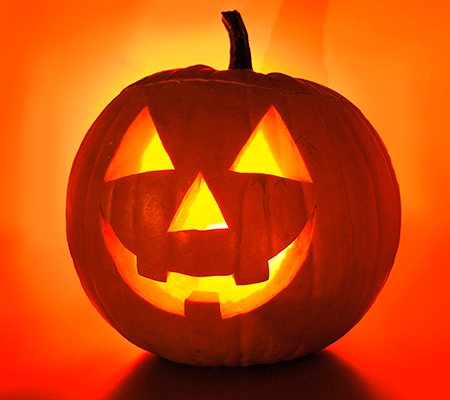 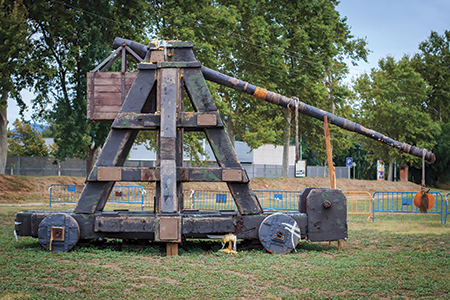 So, why write so much about pumpkins in Discovery? Have you ever thought about how kind God is to us? He could have made the world with no colors, tasteless food, and less variety. But that is not how He did things. God’s power and kindness can be seen simply by looking at pumpkins. Their beautiful orange color, tasty insides, crunchy seeds, and sometimes massive bodies remind us that God loves us, wants to bless us with variety and beauty, and wants us to glorify Him, even when we are talking about the pumpkin.