The Mosaic Authorship of the Joseph Story

[EDITOR’S NOTE: A.P. auxiliary staff writer Dewayne Bryant holds two Masters degrees, and is completing Masters study in Ancient Near Eastern Archaeology and Languages at Trinity Evangelical Divinity School, as well as doctoral studies at Amridge University where he is a Ph.D. candidate. He holds professional membership in both the American Schools of Oriental Research as well as the Society of Biblical Literature.]

Few success stories in the Bible are more memorable than that of Joseph. Betrayed by his brothers and later accused of a crime he did not commit, Joseph narrowly avoided death on two separate occasions. In spite of the personal hardships he suffered, God had a plan to use him to save countless lives. Thanks to divine providence, he stood triumphant at the right hand of the pharaoh as one of the most powerful men, not only in Egypt, but in the world.

As with most of the early books of the Bible—particularly from Genesis to the early chapters of 1 Samuel—skeptics and critics label the Joseph story as the work of later authors (see Finkelstein and Silberman 2001, pp. 67-68). According to the documentary hypothesis (popularly known as the JEDP theory), the Pentateuch as a whole is composed of several different documents edited together by redactors, or editors. The Joseph story is no exception. Critics claim it is the product of multiple authors living between the 10th and 6th centuries B.C., if not later.

The Bible recognizes Moses as the author of the Pentateuch (Exodus 24:7,27-28; Numbers 33:2; Joshua 8:32; 2 Chronicles 34:14). Critics reject the Mosaic authorship of this material, with most denying the existence of Moses as well. This denial is built upon the assumptions inherent in the documentary hypothesis, whose adherents rarely take Egyptian evidence into account. The fine details of the Joseph story do not point to a Hebrew scribe writing in the 10th-6th centuries B.C. Rather, they point to an author who was intimately familiar with Egypt and who included Egyptian loanwords and other details of Egyptian culture in his work. To summarize some of the important Egyptian details in the Joseph story, consider the following points:

The Egyptian details of the Joseph story are what we would expect to find if someone educated in Egypt had been the one to put this story into written form (cf. Acts 7:22). Alan R. Schulman states: “It is quite clear that the person who either wrote, or wrote down, the Joseph sagas had an exceedingly intimate knowledge of Egyptian life, literature, and culture, particularly in respect to the Egyptian court, and, in fact, may even have lived in Egypt for a time” (1975, p. 236). This is precisely what we find in the Bible’s statements about the life of Moses. Put simply, the Joseph story could not have been the invention of a Hebrew scribe in the first millennium.

Taken together, the details above generate some important questions about the authorship of the Joseph story and the assumptions made by many modern interpreters. Why does the text include terms popularized in the Egyptian language during the time in which Moses would have lived? Why do Egyptian concepts fill these stories when they are absent in later texts that critics claim to have been written at the same time as the Pentateuch? Why is it that chronologically-sensitive details in the Joseph story fit well within a context of the early second millennium, while critics claim it was written in the early first millennium? These questions demand a reevaluation of the skeptic’s position, which tends to be haunted by the twin spectres of unfounded skepticism and anti-biblical bias. The Bible presents a far more believable author of this material than the contrivances of its critics.

Hoffmeier, James K. (1996), Israel in Egypt: The Evidence for the Authenticity of the Exodus Tradition (Oxford: Oxford University Press).

Kitchen, Kenneth A. (1991), “Israel Seen from Egypt: Understanding the Biblical Text from Visuals and Methodology,” Tyndale Bulletin, 42[1], May.

Sarna, Nahum M. (1966), Understanding Genesis: The World of the Bible in the Light of History (New York: Schocken Books). 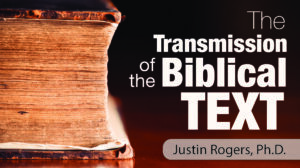 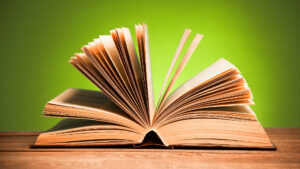