Certain people will never believe that Jesus is the Christ (the Messiah), the Son of God. The Bible makes clear that even a number of those in Jesus’ day who saw the miracles He worked were not persuaded that He was the promised Savior of the world (Mark 6:6). Rather than fall at His feet and call Him “Lord” (as the blind man did whose sight Jesus miraculously restored—John 9:38), many people refused to believe His claims. Some were so twisted in their thinking that they accused Him of doing the works of Satan. “By the ruler of the demons He casts out demons” (Mark 3:22), they said. (Can you believe that?!)

In light of such reactions to Jesus’ miracles by some of those who walked the Earth with Him 2,000 years ago, it should not be surprising that many people today also reject Jesus as Lord and God. Of course, two of the main reasons for rejecting Him and the miracles which the Bible claims that He worked are simply because many people deny the existence of God and the Bible’s inspiration. If a person refuses to accept the evidence for these two basic truths of Christianity, he will never be convinced that Jesus worked miracles. Still, everyone should pause and think about some logical reasons why the miracles of Jesus are reliable witnesses to His Godhood and teachings.

Jesus’ miracles were not done in some private place on Earth with only a few people who saw them. His miracles were not hidden and unable to be tested by potential followers. Instead, Jesus’ miracles were seen by multitudes of people all across Palestine throughout His ministry. Thousands of witnesses saw His various miracles on different occasions. His works were subjected to examination by Jews and Gentiles, believers and unbelievers, friends and enemies.

When Peter preached to those who had put Jesus to death, he reminded them that Christ’s identity had been proved “by miracles, wonders, and signs which God did through Him in your midst, as you yourselves also know” (Acts 2:22). The Jews had witnessed Christ’s miracles occurring among them while He was on the Earth. In the presence of many eyewitnesses, Jesus gave sight to the blind, healed lepers, fed thousands with a handful of food, and made the lame to walk.

To “scrutinize” is to inspect very closely. Somewhat like a coach might scrutinize his (or another) team, the works of Jesus were most definitely scrutinized or “tested.”

In John 9, after Jesus miraculously gave sight to a man born blind, neighbors and others examined the man, questioning how he was now able to see. Later the man whom Jesus healed was brought to the Pharisees, and they scrutinized him. They questioned him about the One who caused him to see. They then argued among themselves about the character of Jesus. The Pharisees called for the parents of the man who was blind and questioned them about their son’s blindness. Then they called upon the man born blind again, and a second time questioned him about how Jesus opened his eyes. Finally, they realized the man would not cave in to their intimidating methods and say negative things about Jesus. So, “they cast him out” of the synagogue (9:34). They rejected him and the One Who made him well. Yet, they were unable to deny the miracle that Jesus performed. It was known by countless witnesses that this man was born blind, but after coming in contact with Jesus, his eyes were opened. 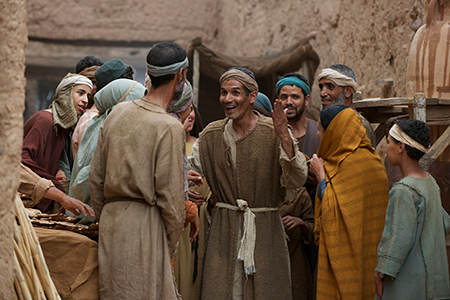 The entire case of Jesus healing the blind man in John 9 was scrutinized carefully by Jesus’ enemies. Yet, even they had to admit that Jesus caused the man to see. It was a fact accepted by the hardened enemies of Christ.

Indeed, though many of Jesus’ enemies who witnessed His miracles rejected Him as the promised Messiah and tried to hurt His ministry, even they did not deny the miracles that He worked. After Jesus raised Lazarus from the dead in the presence of many Jews, “the chief priests and the Pharisees gathered a council and said, ‘What shall we do? For this Man works many signs” (John 11:47). Even King Herod had heard enough reports about Jesus to believe that He could perform “some miracle” in his presence (Luke 23:8).

Considering that positive testimony from enemies is the most powerful testimony in a court of law, such reactions from Jesus’ enemies are very important in a study of the miracles of Christ.

The case built for the truth of Jesus’ miracles is further supported by the fact that His supernatural works were recorded, not by one person, but by different writers. Even unbelievers admit that various miracles in Jesus’ life (including His resurrection) were recorded by more than one writer. If those who study ancient history generally consider details to be reliable when two or three sources are in agreement, then the multiple accounts of Jesus’ miracles by Matthew, Mark, Luke, John, and Paul are extremely impressive. 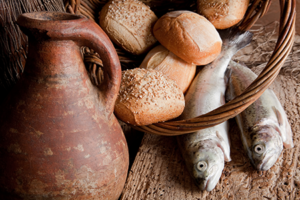 Christianity rests upon the foundation of multiple writers. Certain miracles Jesus performed, such as the feeding of the 5,000 and His resurrection, are recorded in all four Gospel accounts. What’s more, the various details of Jesus’ life and miracles are similar enough so as not to be contradictory, but different enough so that one cannot rightly conclude that they copied each other. The fact that multiple writers vouch for the truthfulness of Jesus’ miracles should not be taken lightly. It would be considered powerful testimony in a court of law.

Neither today’s scientist nor the alleged “faith healer” is copying the miracles that Jesus worked on Earth 2,000 years ago. False “wonder-workers” stage events where willing participants with supposed sicknesses appear and act as if they are being healed of their diseases.

The fact is, there are real differences between the miracles that Jesus worked and what some “try” to do today. Jesus went about “healing every sickness and every disease” (Matthew 9:35). His miraculous works knew no limitations. He could cure anything. He could restore a shriveled hand in the midst of His enemies (Luke 6:6-10), as well as heal a severed ear with the touch of His hand (Luke 22:51). He healed “many” of their blindness (Luke 7:21) and even raised the dead simply by calling out to them (John 11:43). What phony “faith healer” has come close to doing the sorts of things that Jesus did?

As should be expected from the One Who claimed to be the Son of God, the Bible records that Jesus performed miracles throughout His ministry in order to provide ample proof of His Godhood and heavenly message. Jesus worked miracles, not for the sake of entertaining people or to make money, but that “you may believe that Jesus is the Christ, the Son of God, and that believing you may have life in His name” (John 20:30-31). Indeed, among the greatest proofs for the Godhood of Jesus are the
miracles that He worked. 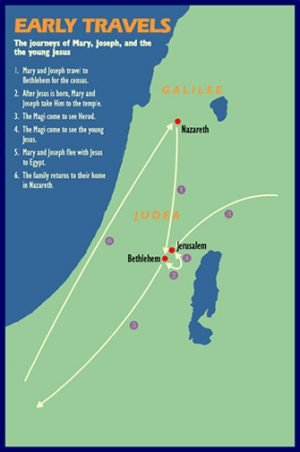