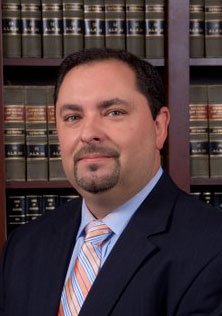 On April 3, 2009, the Iowa Supreme Court unanimously held in Varnum v. Brien that a state law limiting marriage to between a man and a woman amounts to treating gays as second class citizens. The lawsuit was originally filed in 2005 by the New York-based gay rights organization, Lambda Legal, on behalf of six gay and lesbian couples in Iowa who demanded that Polk County issue official “marriage” licenses for their same-sex relationships. The district court decided in favor of the couples, and the county registrar, Timothy J. Brien, appealed the decision to Iowa’s highest court, which affirmed the lower court’s decision (Varnum v. Brien, 2009).

Iowa is not the only state to embrace same-sex marriage. Massachusetts was the first to legalize same-sex marriage (Goodridge v. Public Department of Health, 2003), and Connecticut quickly followed suit (Kerrigan v. Comm’r of Pub. Health, 2008). California, which briefly allowed same-sex marriage before a voter initiative in November 2008 repealed it, allows “domestic partnerships,” as does Oregon and Washington, D.C. (“State Constitutional Law…,” 2009, 122:1557ff.). In 2007, New Jersey began providing the equivalent of spousal rights to same-sex “civil unions,” leading New Hampshire to do the same in 2008. Although same-sex couples cannot marry in New York, the state recognizes valid same-sex marriages from other jurisdictions. Other states, including Washington, Hawaii, and Maryland, provide limited spousal rights to same-sex couples (“Marriage Equality…,” 2009).

However, some believe that a decision constitutionalizing same-sex “marriage” in a “heartland” state like Iowa suggests homosexuality is gaining wider acceptance in mainstream America. Over the last 60 days, the Iowa decision has emboldened Vermont, New Hampshire, and Washington to upgrade their “civil unions” or “domestic partnership” laws to allow full same-sex “marriage” rights. On May 6, Maine’s Governor John Baldacci signed “marriage equality” legislation that is scheduled to become effective in mid-September 2009. On the same day, Washington, D.C. Mayor Adrian Fenty signed a bill passed by the D.C. council 12-1 to recognize marriages by same-sex couples legally entered into in other jurisdictions. The D.C. bill will now be sent to Congress for a 30 legislative day review period, but opponents of the bill are not expected to line up enough votes in the Democratic controlled House or Senate to overturn the bill through the regular disapproval process.

Second, the court insisted on heightened protection for homosexuals because they lack political power. The court reached this decision despite the fact that Iowa has a number of laws on the books protecting homosexuals (see Iowa Code, 729A; NOTE: In conjunction with other general state laws, the Iowa Code prohibits discrimination in the areas of housing, employment, public accommodation, credit and education as well as assault, criminal mischief, trespass, arson or intimidation by threat of violence because of a person’s sexual orientation). The court even went so far as to hold that new legislation to create a “civil union” equivalent for same-sex couples would be equally suspect even if it afforded them all or substantially all of the same rights and privileges as married heterosexual couples in Iowa. The Court suggested the mere distinction in terminology between a civil union and marriage would be difficult to square with equal protection.

The County offered several justifications for a state law reserving the term “marriage” for the conjugal relationship between a man and a woman, but to no avail. For example, the County contended that heterosexual marriage has a special status in the law because it provides the “optimal environment” for rearing children. However, the court held the County’s evidence was “unsupported by reliable scientific studies” and failed to demonstrate how the legislation “substantially” furthered any of the state’s objectives.

The decision, which went into effect on April 25, has had an immediate impact. The language banning same-sex marriage was deemed stricken from the Iowa Code. Accordingly, a gay and lesbian couple can now legally obtain a marriage license at any Iowa courthouse, not just in Polk County, and dozens of couples have already done so. Opponents of the decision plan to seek a state constitutional amendment. If they do, it will be a long, uphill battle requiring approval by both legislative bodies and a public vote.

Sometimes our courts suffer a sort of spiritual asphyxia because they attempt to make decisions in a vacuum, based on morally-neutral grounds, such as “what does the law say” or “what works best.” The Iowa Supreme Court specifically held “civil marriage must be judged under our constitutional standards of equal protection and not under religious doctrines or the religious views of individuals.” However, the nature of marriage is one of those inherently moral questions that require the application of God-given moral reason and revelation. According to the Bible, the two-in-one-flesh relationship was designed by God to be between one man and one woman for life (Genesis 2:18-24; Matthew 19:5-6). Americans are undoubtedly aware of this fundamental truth; therefore, we are “without excuse” (Romans 1:20) when we deviate from that original blueprint. If our courts are unwilling or unable to make the right moral judgment, it is incumbent on our legislatures and citizenry to take the legal steps necessary to bring the law back in line with God’s plan for marriage. Let it not be said of us as a nation, “And since they did not see fit to acknowledge God, God gave them up to a debased mind to do what ought not to be done” (Romans 1:28, ESV).