The Herods—Who? When? and Where?

During the last century B.C., and the first century A.D., there was a family that became very famous as rulers among the Jews. These people were known as the Herods (the word Herod means “son of the hero”). Unfortunately, they were not good or kind rulers. In fact, many of them were extremely wicked. 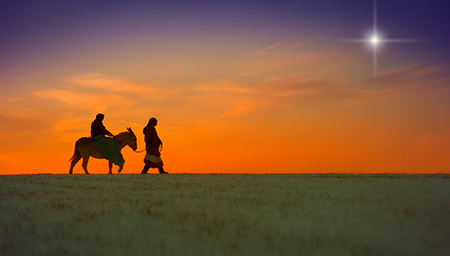 Herod the Great was appointed by the Romans to be “king of the Jews,” and reigned from 37 to 4 B.C. He is mentioned in Luke 15. The Jews hated Herod, and so in an attempt to make them his friends he helped them rebuild their Temple (a process that took 46 years; John 2:20). But in the end, he turned out to be a vicious monarch. He heard about Jesus’ birth, and because he was jealous, ordered that all the Jewish baby boys under two years old living in Bethlehem be killed (Matthew 2:16).

When Herod died, his kingdom was divided among his sons. Archelaus (Matthew 2:22) was given Judea, Samaria, and Idumea. Herod Antipas was given Galilee, and Philip was given territory in northeast Palestine (Luke 3:1). Archelaus served as ethnarch from 4 B.C. to A.D. 6 (an ethnarch is a governor). He was a failure as a leader, and lost his position. As a result, Judea was run for a time by Roman prefects (men who were appointed as governors by the Roman emperor).

Herod Antipas served as tetrarch of Galilee from 4 B.C. to A.D. 39 (a tetrarch is one who rules over a fourth of a kingdom). He had a brother named Philip, who was married to a woman named Herodias. Herod Antipas “stole” Herodias to take her as his own wife. John the Baptizer courageously opposed this sinful act, and as a result Herod Antipas had John beheaded (Matthew 14:1-12). Later, Herod Antipas would interview Jesus shortly before His crucifixion (Luke 23:8-12).

Herod Agrippa I was a grandson of Herod the Great who ultimately became the king of Palestine and ruled from A.D. 37 to A.D. 44. He killed the first apostle (James—Acts 12:1-2), and imprisoned Peter (Acts 12:3-11,19). But his life came to a grizzly end. On one occasion he gave a speech, and the people hearing it claimed that it was so good he must have been a “god.” Herod, the Bible says, “did not give glory to God,” and as a result God sent an angel, who caused Herod to be eaten by worms and die (Acts 12:20-23).

Herod Agrippa II, son of Agrippa I, ruled various territories in northern Palestine from A.D. 53 to at least A.D. 93. The apostle Paul had an opportunity to defend Jesus and the Gospel before this king (Acts 26), but Agrippa II rejected the Gospel.

The members of the family of Herod could have followed God and been good rulers. Instead, they chose to do evil. Because of their great wickedness, they not only suffered (and sometimes died), but are remembered in history for the many wrongs they committed. We should be thankful that today we can serve the righteous King Jesus Christ, Who is “King of kings and Lord of lords” (1 Timothy 6:15), and Who never sinned (1 Peter 2:22). Let us strive every day to be like our Great King!