The Good, the Bad, and the Flood

Have you ever watched as someone made something “from scratch”? Perhaps it was the peppermint sticks at the candy shop, or a jeweler carving and polishing a sapphire stone into a beautiful piece of jewelry. Or maybe it was the construction of a skyscraper from the ground up. As amazing as these “creations” are to behold, witnessing the Creation of the entire Universe would have been infinitely more spectacular. No doubt, our response would have been, as was the angels, to shout for joy (Job 38:7). Everything about God’s creation of the heavens and the Earth and everything in them was good—very good (Genesis 1:31).

At that time, the world was free from sin. There were no murderers or thieves. It was a place free from lust and lies, and from divorce and physical abuse. There was no fighting, hatred, or jealousy. Before sin entered the world, Adam and Eve lived in complete harmony with nature, with themselves, and most importantly with God. 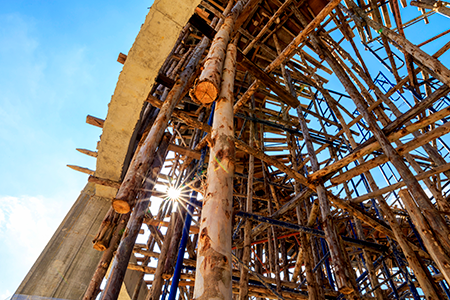 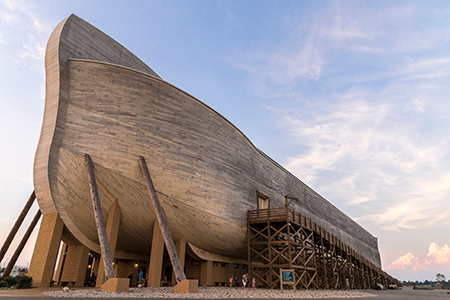 Before long, however, Adam and Eve ate of the forbidden fruit of the tree of the knowledge of good and evil and sinned against God. Then their son Cain did evil (1 John 3:12) and murdered his brother, Abel. Only a few generations later, Cain’s descendant Lamech became extremely arrogant and rejected God’s design for marriage and “took for himself two wives” (Genesis 4:19,23-24). By the time of Noah, the world had become so completely corrupt and violent that the Bible indicates “the wickedness of man was great in the earth, and that every intent of the thoughts of his heart were only evil continually. And the Lord was sorry that He had made man on the earth, and He was grieved in His heart” (Genesis 6:5-6).

The all-holy and all-just Creator of the world saw that man must be punished for his constantly corrupt and violent ways (Genesis 6:12-13). God revealed to Noah, a just and obedient man, that He was going to destroy the entire world with a great Flood—the likes of which the world had never seen, and will never see again.

However, prior to punishing the millions (or perhaps billions) of terribly wicked people on the Earth at that time, the all-loving, longsuffering Creator and Judge “waited in the days of Noah, while the ark was being prepared” (1 Peter 3:20). Noah, God’s “preacher of righteousness” (2 Peter 2:5), taught the Holy Spirit’s message to the extremely unrighteous world of his day for (it appears) 120 years leading up to the floodwaters falling upon the Earth (Genesis 6:3). Truly, God “is longsuffering…not willing that any should perish but that all should come to repentance” (2 Peter 3:9).

But God’s long suffering is not a “forever” kind of patience. The unrighteous people of Noah’s day learned this hard-hitting truth. God delayed His destruction of the wicked world by water for many years, while Noah preached righteousness to them. Eventually, however, God’s longsuffering came to an end. The Flood began, and every wicked person on Earth received his just punishment from a loving God who gave them plenty of time to repent. Sadly, rather than follow “all that God commanded,” as Noah did, the wicked world of that time resisted the will of God and suffered a disastrous death.

God’s longsuffering with sinners eventually ended in the days of Noah. It ended for Sodom and Gomorrah in the days of Abraham (Genesis 18-19). And, it eventually will end for all the unfaithful when Jesus returns (2 Peter 3:10). God most certainly is longsuffering, but such patience with sinners and wayward Christians will end one day. God will judge the world at the end of time (Acts 17:30-31), and He will take “vengeance on those who do not know God, and on those who do not obey the gospel of our Lord Jesus Christ. These shall be punished with everlasting destruction from the presence of the Lord and from the glory of His power” (2 Thessalonians 1:8-9). “Watch therefore, for you know neither the day nor the hour in which the Son of Man is coming” (Matthew 25:13).