Do you recall the story of Goldilocks from your youth? She struggled as she sought the right porridge, chair, and bed, but in the end, her discoveries were “just right.” The Goldilocks Principle in secular cosmology is a recognition by scientists that the Earth appears to be “just right” for life to exist on it. Leading science magazines routinely run articles updating their audiences on the hunt for other Goldilocks planets with just the right conditions for life to exist upon them as it does on Earth. The Earth appears to be designed for us.

Atheistic philosopher Paul Ricci summed up the Teleological Argument for the Existence of God well when he said, “[I]t’s true that everything designed has a designer…. ‘Everything designed has a designer’ is an analytically true statement.”1 There are an infinite number of examples of design that present themselves to us when we study the natural realm—a problem for Ricci and his atheistic colleagues, to be sure. Manuel Canales, Matthew Chwastyk, and Eve Conant wrote an article in National Geographic titled “One Strange Rock: 13 Things that Make Life on Earth Possible.”2 “Earth is well equipped as a planet and ideally placed in our solar system and galaxy to support life as we know it,” they explain.3 What kinds of features make Earth so special?

Dozens of such examples could be illustrated.13 In the words of famous skeptic and science writer Michael Shermer, who has a monthly column in Scientific American, “The design inference comes naturally. The reason people think that a Designer created the world is because it looks designed.”14 Agreed.

4 Sten Odenwald (no date), “What Would Happen if the Rotation Axis of the Earth Changed?” NASA Image Education Center, https://image.gsfc.nasa.gov/poetry/ask/q278.html.

13 See the various “Design” topics in the “Existence of God” category on the Apologetics Press Web site—www.apologeticspress.org.

“Only Science” Should be Taught in Science Classrooms 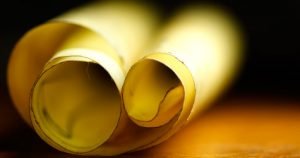 The Laws of Science—by God 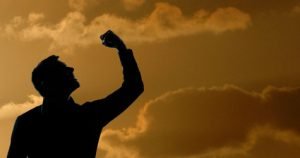