The God-Approved View of Animals

Where would we be without God’s guidance? Without God and His instruction for mankind, what would we truly know about what is really right and wrong, good and evil? How could we show someone the “right” way to view the world and everything in it? How could we prove that human beings have more value than a pebble or a plant? The fact is, without God’s revealed will, a sensible existence on Earth is hopeless. As the prophet Jeremiah stated, “The way of man is not in himself; it is not in man who walks to direct his own steps” (10:23).

In this issue of Discovery, we specifically want to discuss how humanity should view animals. We want to look past how people feel about cows, cats, and cockroaches, and discover what God reveals about animals. Rather than “lean…on your own understanding; in all your ways acknowledge Him, and He shall direct your paths” (Proverbs 3:5-6).

Thankfully, we can learn a great deal about animals and man in only the first few chapters of the Bible. In addition to creating all of the celestial bodies of the Universe, including (and especially!) Earth with all of its land and seas, God created living things on Earth on days three, five, and six of Creation. On day three God made all manner of growing herbs, grass, plants, and trees. On days five and six, God created all kinds of animals—from penguins to piranhas and from platypuses to porcupines. It is after God created all of the animals that we learn a great deal more about them.

What God says about mankind in these three verses is extremely important. If we miss this teaching, we will not have a proper view (that is, God’s view!) about man and his relationship with animals.

In addition to teaching that man is to rule over the animal kingdom, Genesis 1:26-28 reveals that God made man and woman in His image, after His likeness. Since God is spirit (John 4:24), and we are made in His image, there must be a part of us that is spirit, too. In fact, Hebrews 12:9 refers to God as the “Father of spirits.” Unlike plants and animals, a human being is really a spiritual soul with a physical body. When a person dies, his or her immortal soul departs the old body and enters the unending afterlife (Genesis 35:18). 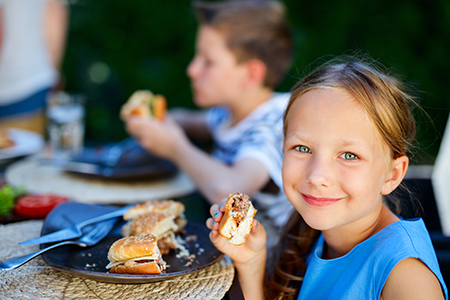 When animals die, their bodies decay; there is no part of them that lives on. When humans die, our bodies decay and return to the Earth, but our souls live forever (Ecclesiastes 12:7). The Bible refers to Adam, the first man, as the “son of God” (Luke 3:38), and to mankind in general as “the offspring of God” (Acts 17:29). No animal was ever described by God with such splendid language. God “crowned him [mankind] with glory and honor,” and He made “him to have dominion over…all sheep and oxen—even the beasts of the field, the birds of the air, and the fish of the sea” (Psalm 8:5-8).

Further indications of the major differences between humans and animals can be found in the next few chapters of Genesis. After Adam and Eve sinned, the Scriptures imply that God killed one or more animals in order to make “tunics of skin” to properly cover the first couple (3:21). In Genesis 8, we learn that the Lord was pleased with Noah for taking at least one of every clean animal from the ark and offering them as burnt offerings to the Lord (vss. 20-21). Then, in the next chapter, we learn that God told Noah and his family that all of the beasts, birds, and fish “are given into your hand. Every moving thing that lives shall be food for you. I have given you all things, even as the green herbs” (Genesis 9:2-3). 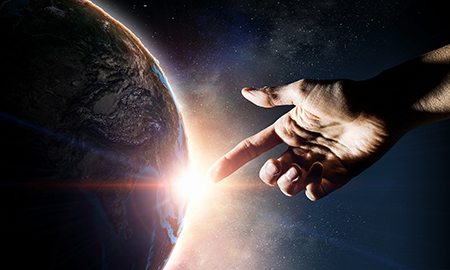 Animals are certainly marvelous creations of God. In Discovery, we often highlight their amazing abilities, which demand a Designer. With that said, however, we must keep a proper, God-approved perspective of animals. We certainly are to be good stewards of all that God has created, but with animals, this often involves possessing them (Genesis 4:2,4), working them (Exodus 20:10), riding them (Luke 19:34-36), and, yes, even killing them for necessary food and clothing—all of which is graciously permitted by the Creator and Sustainer of life.