Design in the Universe Existence of God Universe
From Issue: Discovery – May 2021

When you hear the word “argument,” negative thoughts probably come to mind. You might recall a time when you quarreled for 10 minutes with your brother about him eating the last doughnut in the house. Or, you might remember the time when you and a friend got into a heated argument on the basketball court about what was or was not a foul. These kinds of arguments are neither helpful nor Christ-like. Proverbs 20:3 says, “It is honorable for a man to stop striving, since any fool can start a quarrel.” The apostle Paul wrote that “a servant of the Lord must not quarrel but be gentle to all.” (2 Timothy 2:24) 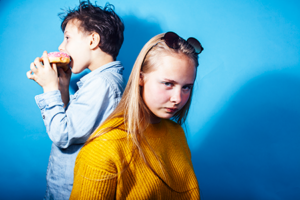 There is one kind of argument, however, in which Christians should be involved. This type of argument is a logical series of facts that leads to a correct conclusion. (We are talking about eternally important facts and conclusions, not about arguing over school, sports, music…or doughnuts!) 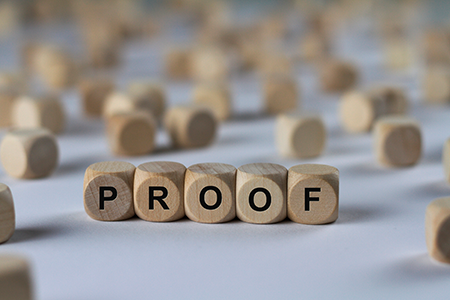 (1) Anything in nature that shows complex, functional design demands an intelligent designer.

(3) Therefore, the Universe must have a Designer.

A new car is a very complex, functional machine. The pistons in the engine move with amazing precision. The spark plugs repeatedly ignite the gasoline at the perfect time. Just the right amount of oxygen is mixed with the gas for ideal performance. Thousands of intended actions take place at just the right times so that people can swiftly and safely drive from place to place, time and again, using this same car—for potentially 10 to 20 years and for hundreds of thousands of miles. 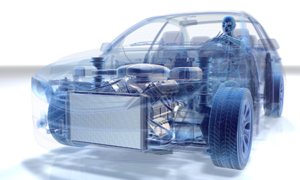 It is impossible to give an example of a complex, functional design in the physical realm without an intelligent designer. Cars and computers, pianos and projectors, all require designers for them to exist and function properly.

But what about the Universe as a whole? What about Earth and life on Earth? Is there evidence for complex, functional design? If so, such design demands an Intelligent Designer—not cosmic evolution’s Big Bang! (When has a random, accidental explosion ever caused design and order?!) When we examine the Universe, we can find millions of examples of design, which could not logically be the result of a huge explosion billions of years ago.

Consider the Earth’s perfect orbit around the Sun. 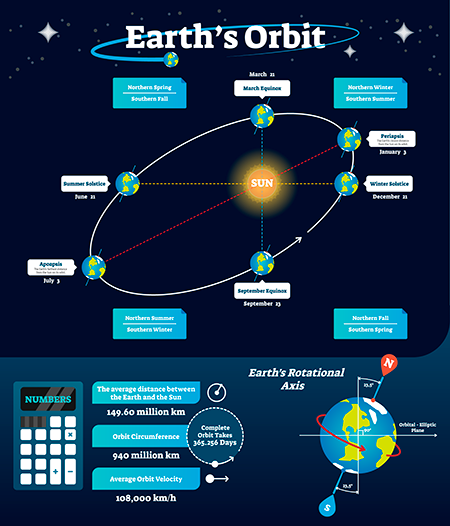 Consider how at this very moment, billions of living cells in your body are working in precision to keep your brain “firing on all cylinders,” your heart beating, and your lungs breathing. Your body is a fine-tuned machine made up of cells, which make up tissues, which work together to make up organs, which make up entire systems (such as your bone/skeletal system). Speaking of the skeletal system, consider what happens “automatically” in the human body when a bone breaks. The bone-healing process begins as soon as the bone is broken (which is one reason why, if you have to get a broken bone set by a doctor, it needs to be done as soon as possible). When a bone breaks (or fractures) blood vessels within the bone and the surrounding tissue rupture, causing a blood clot at the fracture site. Over the next few days, your body runs “around the clock” working to heal itself (without you even thinking about it). As blood vessels bring proteins to the fracture site, cartilage begins to form in place of the blood clot and acts as a splint for the broken bone. Your body also sends tiny crystals of calcium through your blood stream to the fracture. A few days later, a bony deposit forms and replaces the cartilage with spongy bone. Blood cells continue to provide the fracture site with the proper nutrients. And, within 6-8 weeks, the spongy, bony deposit turns into a strong, stable “patch” of bone that can last a lifetime. 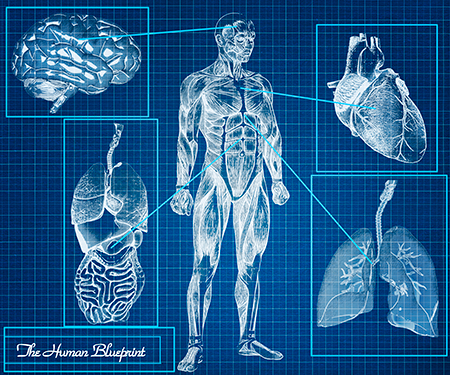 This new bone, like the old one, is strong and lightweight. Amazingly, your body does all of this “automatically.” Just imagine seeing a car door dented, scratched, and out of order, following a wreck. What if, over the next eight weeks, as the car continues to be driven, it “automatically” repaired itself without any help from an automotive body shop? Such a feat would be amazing. No one would believe that the door simply had evolved the ability to repair itself. We would rightly conclude that the car door had been skillfully programmed to perform its job. 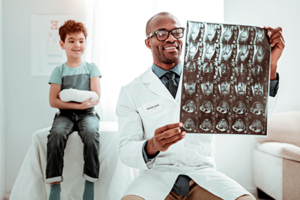 Much more complex than any car or computer, your body is one of the greatest examples of design in the Universe. No wonder King David praised God, saying, “I will praise You, for I am fearfully and wonderfully made.” (Psalm 139:14) The human body is far from the only fine-tuned, living “machine” on Earth.

Consider just one example from the Animal Kingdom: the electric eel.

Whenever it wants to, this animal can send signals from its brain, through perfectly positioned nerves, to its battery-like muscles. Furthermore, it can choose to produce a small current of electricity, or it can create a shock of up to 600 volts—enough to stun a horse, yet never shock itself. An electric eel uses its amazing electric current for various purposes, including navigation, communication, self-defense, and to stun or kill its prey. 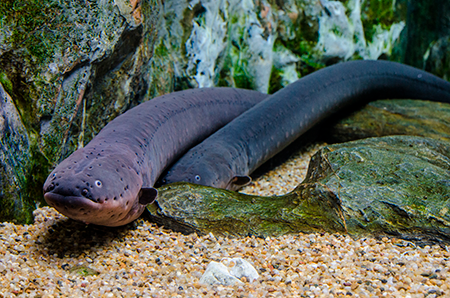 The only logical explanation that reasonably explains the electric eel, the amazing human body, and all other complex, functional designs in the Universe is the existence of a supernatural Designer. Indeed, design demands a Designer! 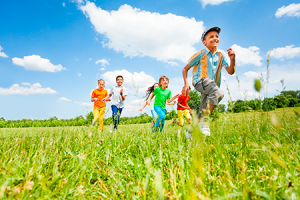