The Bible’s Teaching on Baptism: Contradictory or Complementary?

There is no doubt that Jesus and His apostles taught the essentiality of being immersed in water for salvation. After Jesus commissioned His apostles to “go into all the world and preach the gospel to every creature,” He stated that “he who believes and is baptized will be saved; but he who does not believe will be condemned” (Mark 16:15-16; cf. Matthew 28:19). The Jews who had murdered Christ, and to whom Peter spoke on the Day of Pentecost when he ushered in the Christian age, were told: “Repent, and let every one of you be baptized in the name of Jesus Christ for the remission of sins” (Acts 2:38). Before becoming a Christian, Saul of Tarsus was commanded to “arise and be baptized, and wash away your sins, calling on the name of the Lord” (Acts 22:16). The biblical solution to the problem of soul-damning sin is that the person who has heard the Gospel, who has believed its message, who has repented of past sins, and who has confessed Christ as Lord must then—in order to receive remission (forgiveness) of sins—be baptized. [The English word “baptize” is a transliteration of the Greek word baptizo, meaning to immerse, dip, plunge beneath, or submerge (Thayer, 1958, p. 94).] According to Peter, “baptism,” corresponding to Noah’s salvation through water, “now saves us…(not the removal of the filth of the flesh, but the answer of a good conscience toward God), through the resurrection of Jesus Christ” (1 Peter 3:21). Although baptism is no less, nor more, important than any other of God’s commands regarding what to do to be saved, the New Testament clearly teaches that water immersion is the point at which a person is saved by the resurrection of Jesus Christ.

If it is the case then that baptism is essential for salvation, then why did the apostle John write: “Therefore, when the Lord knew that the Pharisees had heard that Jesus made and baptized more disciples than John (though Jesus Himself did not baptize, but His disciples), He left Judea and departed again to Galilee” (John 4:1-3, emp. added)? And why did the apostle Paul write to the church at Corinth: “I thank God that I baptized none of you except Crispus and Gaius, lest anyone should say that I had baptized in my own name…. For Christ did not send me to baptize, but to preach the gospel” (1 Corinthians 1:14-17, emp. added)? Do these statements indicate that baptism is not necessary for a person to be saved as skeptics allege? No, they do not.

First, John did not indicate that Jesus thought baptism was unnecessary; he merely stated the fact that Jesus did not personally do the baptizing; rather, His disciples did (John 4:2). The phrase in 4:1 regarding Jesus “baptizing” more disciples than John is simply a figure of speech where a person is represented as doing something when, in fact, he merely supplies the means for doing it. For example, Joseph indicated on one occasion that his brothers sold him into Egypt (Genesis 45:4-5; cf. Acts 7:9), when actually they sold him to the Ishmaelites (who then sold him into Egypt). This is a well-known principle in law—a person who acts through another to break the law (e.g., paying someone to commit murder) is deemed by authorities to be guilty of breaking the law himself. Similarly, Jesus did not personally baptize anyone. But, His teaching and influence caused it to be done. Jesus, the subject, is mentioned, but it is the circumstance of His influence that is intended. His teaching was responsible for people being baptized. Thus, this passage actually implies that Jesus commanded that His listeners be baptized. It in no way contradicts teachings found elsewhere in the Bible.

Second, Paul’s statements in his letter to the church at Corinth must be taken in their proper context in order to understand their true meaning. In 1 Corinthians 1:10-17, Paul was dealing with the division that was plaguing the Corinthian Christians. He had heard of the controversy in Corinth, and begged them to stand united, and resolve their differences.

Now I plead with you, brethren, by the name of our Lord Jesus Christ, that you all speak the same thing, and that there be no divisions among you, but that you be perfectly joined together in the same mind and in the same judgment. For it has been declared to me concerning you, my brethren, by those of Chloe’s household, that there are contentions among you. Now I say this, that each of you says, “I am of Paul,” or “I am of Apollos,” or “I am of Cephas,” or “I am of Christ.” Is Christ divided? Was Paul crucified for you? Or were you baptized in the name of Paul?

I thank God that I baptized none of you except Crispus and Gaius, lest anyone should say that I had baptized in my own name. Yes, I also baptized the household of Stephanas. Besides, I do not know whether I baptized any other. For Christ did not send me to baptize, but to preach the gospel, not with wisdom of words, lest the cross of Christ should be made of no effect (1 Corinthians 1:10-17).

For where there are envy, strife, and divisions among you, are you not carnal and behaving like mere men? For when one says, “I am of Paul,” and another, “I am of Apollos,” are you not carnal? Who then is Paul, and who is Apollos, but ministers through whom you believed, as the Lord gave to each one? I planted, Apollos watered, but God gave the increase. So then neither he who plants is anything, nor he who waters, but God who gives the increase (1 Corinthians 3:3-7).

When a person reads 1 Corinthians 1:14-17 in view of the problem of division in Corinth that Paul was addressing in chapter one and throughout this letter, he or she has a better understanding of Paul’s statements regarding baptism. He was not indicating that baptism was unnecessary, but that people should not glory in the one who baptizes them. Some of the Corinthians were putting more emphasis on who baptized them, than on the one body of Christ to which a person is added when he or she is baptized (cf. Acts 2:41,47; Ephesians 4:4). Paul was thankful that he did not personally baptize any more Corinthians than he did, lest they boast in his name, rather than in the name of Christ (1:15). Likely, this is the same reason why “Jesus Himself did not baptize, but His disciples.” As Albert Barnes surmised: “[I]f he [Jesus—EL] had baptized, it might have made unhappy divisions among his followers: those might have considered themselves most worthy or honoured who had been baptized by him” (1956, p. 213, emp. in orig.). Paul understood that the fewer people he personally baptized, the less likely they were to rejoice in his name. [In 1 Corinthians 1:13, Paul implied that the only way to be saved is to be baptized into the name of Christ, saying, “Was Paul crucified for you? Or were you baptized in the name of Paul?”] Paul’s desire was for converts to tie themselves to the Savior, and not to himself. He knew that “there is salvation in no one else” but Jesus; “for there is no other name under heaven that has been given among men, by which we must be saved” (Acts 4:12). Paul concerned himself with preaching, and, like Jesus, left others to do the baptizing.

When Paul stated: “Christ did not send me to baptize, but to preach the gospel,” he meant that preaching was his main work, and that others could immerse the converts. He did not mean by this statement that baptism is unimportant, but that the baptizer is inconsequential. Consider this: If Paul did not baptize, but preached, and, if others baptized those who heard Paul’s teachings, what can we infer about the content of Paul’s teachings? The truth is, at some point, he must have instructed the unsaved to be baptized (which is exactly what occurred in Corinth—read Acts 18:1-11; 1 Corinthians 6:11). Similar to how we logically infer from the Ethiopian eunuch’s baptism (Acts 8:36-39), that when Philip “preached Jesus to him” (8:35), he informed the eunuch of the essentiality of baptism, we can truthfully affirm that Paul taught that baptism is essential for salvation. The allegation that Paul and Jesus ever considered baptism non-essential, simply is unfounded.

Remembering the Role of Supplementation When Learning about Salvation

Two Different Questions: What and When? 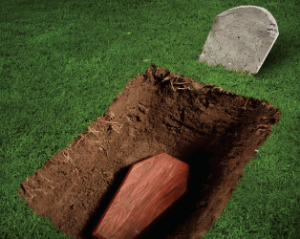