The worldwide evidence that man and dinosaurs cohabited is prolific and indisputable (see Lyons and Butt, 2008). Yet, the evolutionary community stubbornly continues to deny that such evidence exists. The extreme bias manifested by such denials is self-evident—what logicians label “cavalier dismissal” (Carson, 1984, p. 120). Rather than allowing the evidence to speak for itself, evolutionists are so committed to their theory that they simply dismiss any proof presented that contradicts their views—since they have already pre-decided that the evolutionary framework is true. They seem to be incapable of allowing themselves even for a moment to hypothesize theoretically that their theory might be wrong. They refuse even to contemplate the notion that any human being ever saw a living dinosaur—which they insist were extinct millions of years before humans evolved.

Yet, consider, for example, the evidence provided by the Bell tomb engravings. In far northern England, near the Scottish border, lies the village of Carlisle. A city with a turbulent history, the Romans built a wall through it, the Vikings invaded it, and the Scots and English fought over it for many years. Located in this English village is the medieval-period Carlisle Cathedral which was founded in A.D. 1122 by King Henry I (“Visit Cumbria…,” n.d.). 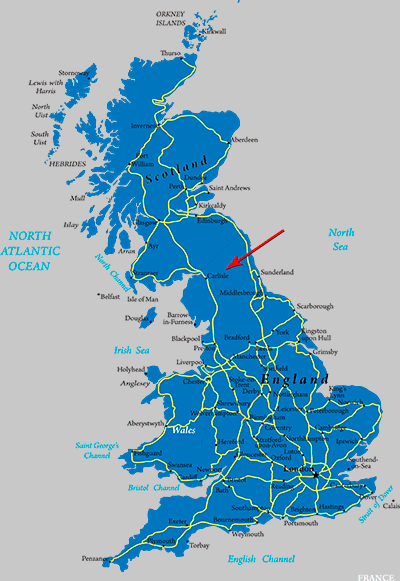 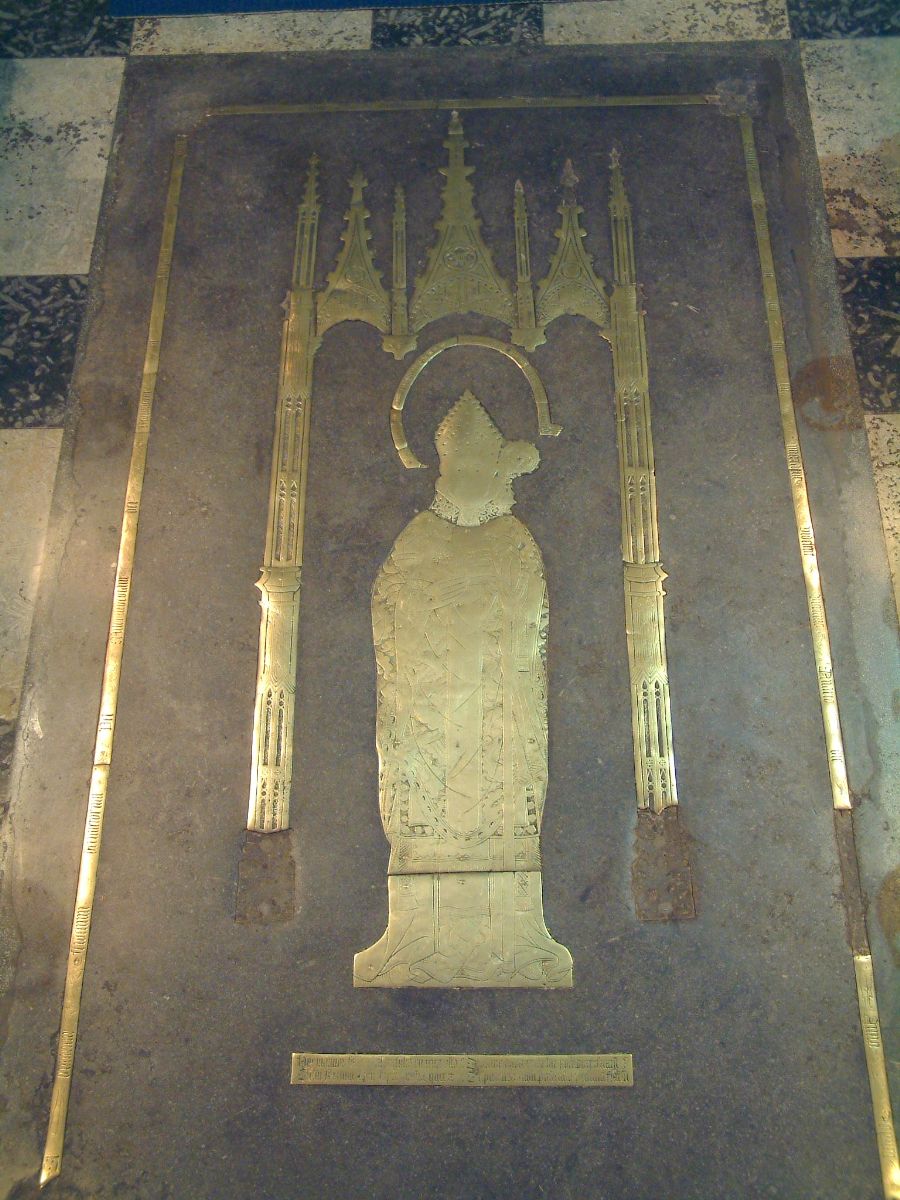 On February 11, 1478, Richard Bell was elected Bishop of the Carlisle Cathedral, and served some 17 years before resigning on September 4, 1495. He died in 1496 at the age of 86 and,in keeping with British custom, was buried beneath the floor in the cathedral’s choir (Priory and Raines, p. xxviii). The tomb is now covered by a carpet, to prevent any further effacing of the engravings caused by the human foot traffic of many centuries.

The monumental slab is beautifully inlaid with brass, including the facade of the cathedral in outline relief above and to each side of a solid image of the bishop himself, coupled with a solid strip of brass beneath the bishop. The following image is taken from Hutchinson’s 1794 volume The History of the County of Cumberland (p. 602b): 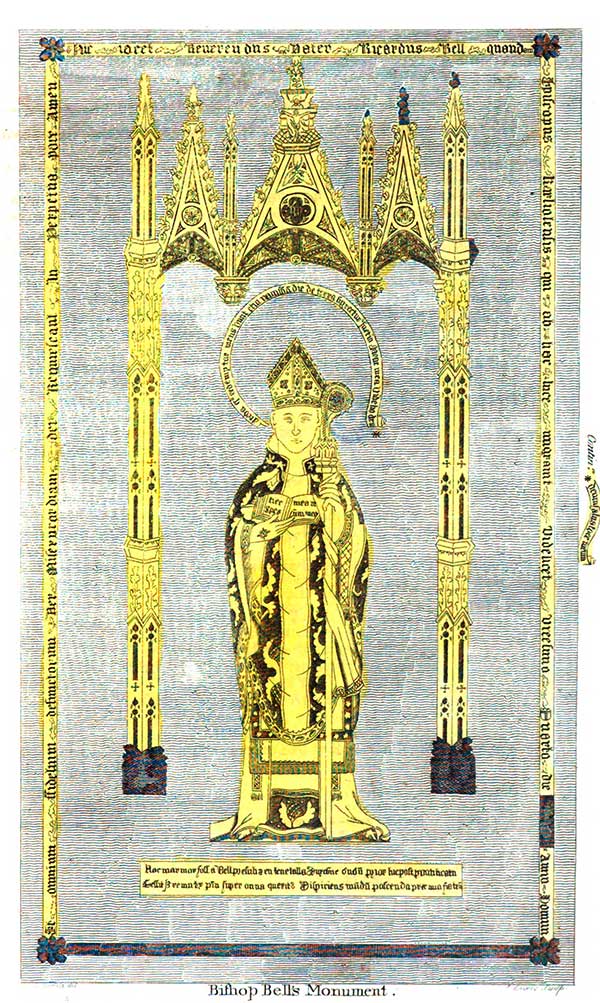 The Latin words beneath the bishop, consisting of four hexameters in two lines, may be translated:

This marble holds within the bones of Bishop Bell for a while Prior of Durham, afterwards he remitted and cherished the bishopric here. Above all things he sought Christ, despising the world, demanding the rewards of the brothers (Weston, 2000, p. 62).

A narrow strip of brass (9½ feet long) that runs around the outer edge of the tomb cover slab bears Latin words translated:

Here lies the Reverend Father Richard Bell sometime Bishop of Carlisle who departed from this life the twenty-forth [sic] day, in the year of the Lord. Among all the faithful departed through the mercy of God may he rest in perpetual peace. Amen (Weston, p. 62).

Interspersed among these Latin words are engravings of a human face, the trinity, and some 18 animals—a veritable “zoo.” Look carefully at these most intriguing engravings—

Observe that every single one of these animals is recognizable as known species. None are mythical or imaginary. But there is another engraving that depicts two animals in contact with each other—perhaps in a fighting posture—whose necks are seemingly intertwined:

The creature on the left has what appear to be spikes on its tail (reminiscent of the stegosaurids like Tuojiangosaurus or Kentrosaurus minus the plates). The animal on the right most certainly appears dinosaur-like. In fact, it strongly resembles a sauropod, perhaps an Apatosaurus orDiplodocus. If this is, in fact, a dinosaur, it would add further weight to the fact that human beings were contemporaries of dinosaurs. That would also mean that the evolutionists are incorrect when they claim that dinosaurs went extinct 65-70 million years before humans evolved. It would mean that evolutionists are wrong when they insist that no human ever saw a living dinosaur, since the first dinosaur bones were not uncovered until the mid-19th century, at which time dinosaur skeletons began to be reconstructed. It would, in fact, mean that dinosaurs and humans cohabited the Earth—just like the Bible teaches.

The present staff of the Carlisle Cathedral denies emphatically that a dinosaur adorns the brass strip of the Bell tomb. They forthrightly insist—and want it clearly understood—that the Cathedral does not subscribe to the dinosaur view. When a cathedral spokesperson was asked to offer her conjecture as to the identity of the creature, she responded: “…my nearest guess, for what it’s worth, would be a (not bad) attempt to represent crocodiles” (“Private…,” 2011). Yet, as it so happens, one additional animal is depicted on the brass strip, identified specifically by the cathedral as a crocodile:

Whether the one is, in fact, a crocodile is debatable, since crocodile tails do not curve down and then back up like an “s,” and this creature is standing up from the ground—unlike a crocodile. Instead, this creature, too, appears dinosaur-like. And when placed in juxtaposition with the other two creatures, this animal does not resemble the images of the other two animals:

Observe that both the size and length of their necks are significantly different.

So what are these latter three animals? If any are dinosaurs, carved in the 15th century, then what we have is proof that man and dinosaur lived on Earth together. “Judge for yourselves” (1 Corinthians 10:15).

Priory, Finchale and James Raine (1837), The Charters of Endowment, Inventories, and Account Rolls, of the Priory of Finchale (London: J.B. Nichols).