Teeth Testify to a Creator

Animal teeth are amazingly sturdy, functional structures that demand a Designer. Animals use their teeth in a variety of ways. Many use their teeth to defend themselves when attacked by another animal (or perhaps by a human). When hunting, animals often use their teeth to strike and kill their prey. They can then effectively use their God-given teeth to tear and chew their food. 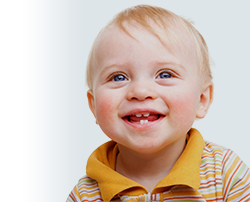 Unlike humans, who only receive two sets of teeth, some animals have teeth that continue replacing themselves. God designed sharks with this amazing ability. When a shark breaks or loses one of its teeth (which have no root, unlike humans’), a new tooth will grow in its place, often within only a few days. What’s more, most sharks have several rows of teeth. Can you believe that at any given moment a shark may have thousands of teeth in its mouth (depending on the species)?

The strength of many animals is often linked to their teeth. A toothless shark would look funny, not scary. A dog with no canine teeth (the long, sharp teeth on the front-sides of its mouth) might be cute, but not nearly as able to defend itself.

The prophet Joel once spoke of “the teeth of a lion, and…fangs of a fierce lion” (Joel 1:6). The teeth of lions are a great part of their overall strength. On the other hand, weakness is described as when “the teeth of the young lions are broken” (Job 4:10).

In Job 41, God described a creature called Leviathan (luh-VIE-uh-thun). In addition to its mighty power and ability to breathe fire and smoke, God described this animal as having “terrible teeth all around” (Job 41:14). So terrifying were Leviathan’s teeth that God indicated no one would dare “open the doors of his face” (41:14).

Some snakes have fangs through which they inject venom. Venomous snakes produce the poison in small sacs behind their eyes. When these snakes bite their prey, venom is released through their hollow teeth. This action is similar to how a doctor uses a needle to inject medicine into a patient.

No one would ever think that a doctor’s needle just evolved by time and chance. Why, then, would anyone ever think that mindless evolution could explain a snake’s “needles” (fangs)?

Though beavers have a total of 20 teeth, they are best known for their four incisors (front teeth). Unlike most all other animals, beavers use their strong jaws and sturdy teeth to cut down small trees to build dams and homes. Their teeth continue to grow throughout their lives, but the reason they never grow too long is because beavers’ teeth are constantly wearing down as they use them to cut and gnaw wood.

The mouth of the beaver is wonderfully designed. The beaver has flaps of skin that can close in the large space between its front teeth and back teeth. By closing up its mouth behind its incisors, the beaver is able to gnaw on wood in the water without getting water in its mouth. The flaps of skin also help keep splinters out of the beaver’s mouth. Just as a beaver’s dam demands a designer, so does the
beaver’s buckteeth and specially designed mouth.

The beautiful, brilliant, and awesome design of God’s creation is all around us. God’s “fingerprints” can be found even in the superb structures we call teeth. Indeed, teeth are just another tool that we can use to teach others about the Creator.