The seahorse is one of the most curious-looking animals on the planet. Though it has a head like a horse, eyes like a lizard, a tail like an opossum, and can swim like a submarine, the seahorse is considered a fish. Scientists put seahorses in the pipefish/sea dragon family and refer to it as Hippocampus, a name derived from two Greek words: hippo, meaning “horse,” and campus, meaning “sea creature.”

Most fish swim horizontally by moving their bodies back and forth, from side to side, somewhat like a snake wriggles. Seahorses, on the other hand, are upright and swim vertically—like a submarine that can go up and down. How do they accomplish such a feat? A seahorse has one fin on its back and one on each side of its neck that help to propel it. But what helps maintain its balance as it goes up and down in the water is the gas within its swim bladder. Like a well-designed submarine that manipulates gas in order to submerge and resurface while remaining parallel to the water, the seahorse can alternate the amount of gas in its bladder to do the same. The life of the seahorse is dependent on a perfectly designed bladder. With a damaged bladder (or without a bladder altogether) a seahorse would sink to the ocean floor and die. One wonders how evolutionists can explain the evolution of the swim bladder if seahorses have always needed them to survive. If they have always needed them, then they must have always had them, else there would be no seahorses. But there are seahorses—and small though they be, they stand as powerful witnesses for the Creator. 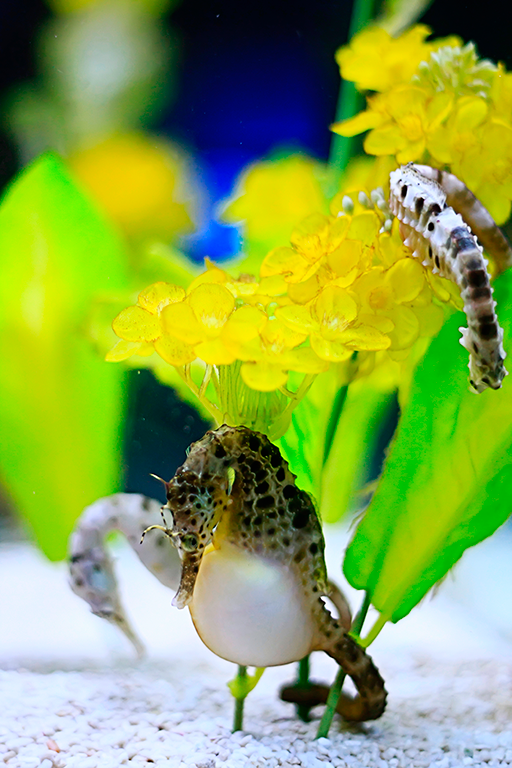 Female dogs have puppies. Female cats have kittens. Female horses (called mares) have baby horses (called foals). Women, not men, become pregnant, and carry and deliver babies. With seahorses, however, things are different. Seahorses are the only known animals in which the males actually get pregnant, carry the babies, and give birth.

If nothing like this process is known in the animal kingdom, why would anyone think that evolution can logically explain it? How do undirected time and chance stumble across a different and better way for a particular kind of fish to have babies? Did the first male seahorse to give birth simply have an irritable wife who refused to have babies unless he carried and birthed them? Suffice it to say, seahorses are as baffling to the theory of evolution as duck-billed platypuses. These unusual animals cry out for a creative Creator, Who cannot be contained in the naturalistic box of evolution. As the patriarch Job asked, “Who…does not know that the hand of the Lord has done this, in whose hand is the life of every living thing?… Ask the beasts, and they will teach you…and the fish of the sea will explain to you” (Job 12:9-10,7-8). 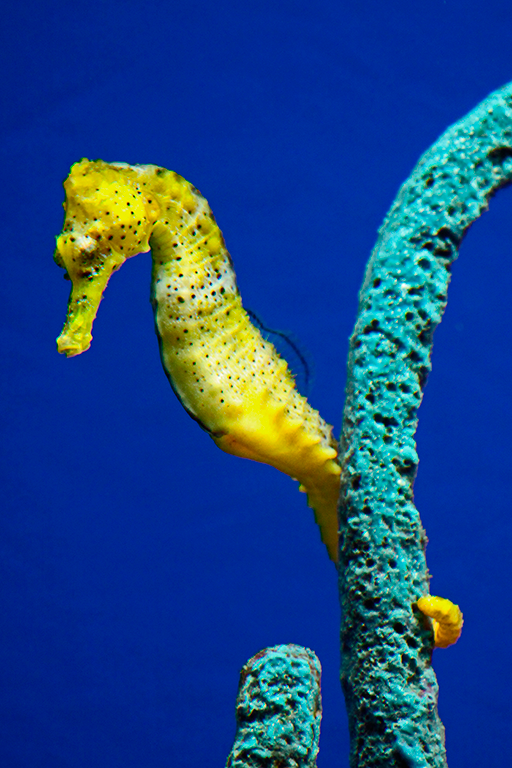 The tail of a seahorse is wonderfully designed. 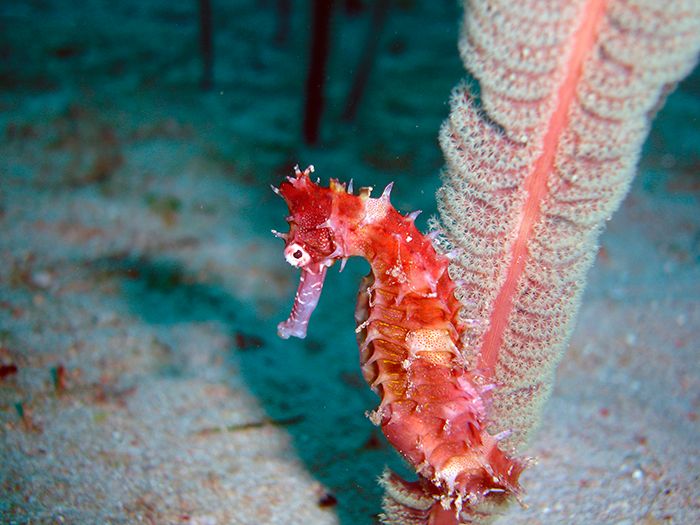 As with the opossum and certain monkeys, God gave the seahorse a prehensile (pre-HEN-sul) tail. A prehensile tail is one that can wrap around and hold things. Seahorses use their tails to wrap around seaweed and anchor themselves so that fast-moving water currents do not carry the rather slow-moving seahorses far away from their homes.