For thousands of years, people have wanted to fly. We have looked to the natural world around us (especially birds) for inspiration, and have built all sorts of flying machines—from airplanes to powered parachutes. In more recent years, some have become even more daring and made expensive wingsuits to glide thousands of feet in the air. What could their inspiration have been for these well-designed gliding suits? No doubt, one of their favorite, superbly designed creatures to imitate has been the sugar glider.

Sugar gliders are marsupials found in the wild in Australia, New Guinea, and Indonesia. Like other marsupials, such as kangaroos and koalas, sugar gliders have pouches that their young babies, known as joeys, live in until they are fully developed. 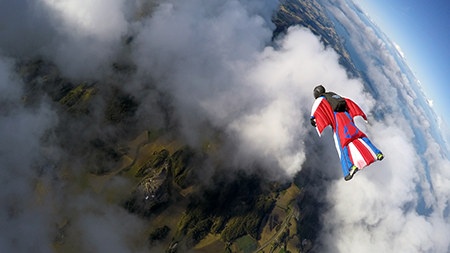 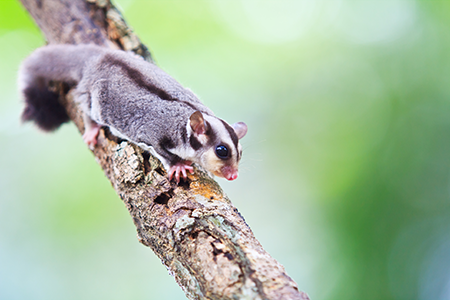 At full-grown, sugar gliders are 12 inches long (from head to tail) and weigh only about 3-5 ounces (about the weight of a banana). As their name suggests, these cute, little creatures are gliders. God designed them with their own “wingsuits” that they use to glide from limb-to-limb and tree-to-tree. (At times, they look like they are floating.) Sugar gliders have a soft fold of skin called a patagium (puh-TAY-jee-um), which connects and stretches from their wrists to their ankles on both sides of their body. This perfectly designed furry membrane allows sugar gliders to glide 150 feet in the air from tree to tree.

Think about it! A mammal that can glide 150 times the length of its own body! If it needs to escape a predator, or if it sees a sweet piece of fruit 150 feet away (now you know why it’s called a sugar glider), it can jump and glide from one tree to another—trees that may be as far away as half of a football field!

What’s more, these animals are so well designed that they can make such “flights” and land without hurting themselves. (That’s quite remarkable considering the many human beings, who have attempted similar feats with various wingsuits, only to suffer major injuries and even death.)

How could anyone logically conclude that perfectly designed gliding animals are the result of evolutionary time and chance, while the man-made copies are the result of highly intelligent designers? Such reasoning is quite illogical, and very disrespectful to the grand Designer of all things: God.