Sadly, about half of the children in America have divorced parents. Marriage is not very important to many people in America. They do not believe that they have to stay married if they do not want to be married any longer. Is that true? Can a man marry a woman, and then divorce her whenever he feels like it (or vice versa)? The Bible says just the opposite of what many people believe today. (Even though you most likely will not be getting married any time soon, it is vital to know how important marriage really is.)

In the beginning, God set up rules for marriage. In Genesis 2:24, God made it clear that “a man shall leave his father and mother and be joined to his wife, and they shall become one flesh.”When men and women are not married, they make decisions on their own, and they do not have a spouse upon whom to depend and take care of. Once two adults become married, however, God expects them to work as one unit, and not separate from each other. 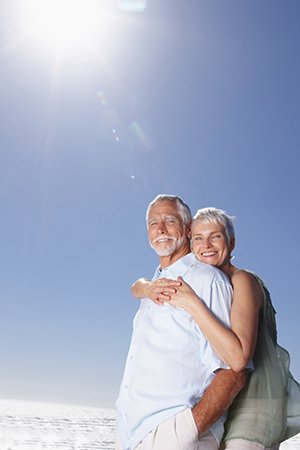 When Jesus was on Earth, the Pharisees once asked Him a question concerning marriage. He referred this group of Jews back to Genesis 2:24, saying, “He who made them at the beginning ‘made them male and female,’ and said, ‘For this reason a man shall leave his father and mother and be joined to his wife, and the two shall become one flesh.’ So then, they are no longer two but one flesh. Therefore what God has joined together, let not man separate” (Matthew 19:4-6).

Jesus taught that marriage was not to be taken lightly, and He wanted His hearers to know that God expects married people to stay together.

Why does God want a husband and wife to stay together? He didn’t command a man and woman to be joined because He thought it would all be fun and games. He is looking out for our best interests. Unfortunately, many people have not realized that. They still disobey the commands of the Bible, and they ignore God. We should set a Christian example, and tell others the biblical teaching regarding the sanctity of marriage.