For decades, Darwin’s evolutionary tree of life has been deeply embedded into the walls of science classrooms, the pages of biology textbooks, and the lectures of evolutionary biology teachers. Multiplied millions of high school and college students have seen illustrations of the supposed unicellular common ancestor of all living things at the base of a tree that branches into a plethora of more complex living organisms. Supposedly, certain unicellular organisms slowly evolved into multicellular organisms, and some multicellular organisms evolved into fish, which then evolved into amphibians, reptiles, and mammals. The image below, which shows a poster that once hung prominently in a university science lab in Searcy, Arkansas, briefly illustrates the standard, widely accepted history of evolutionary progression. 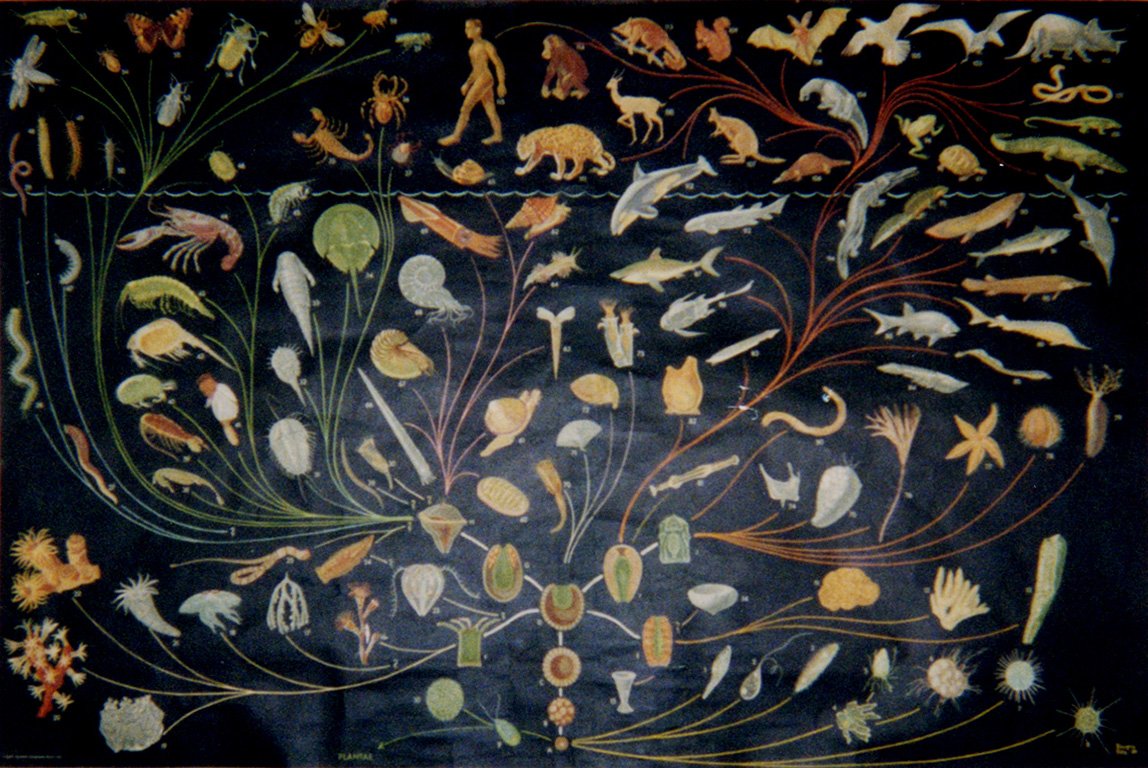 Now, scientists admit that “the tree-of-life concept…absolutely central to Darwin’s thinking, equal in importance to natural selection…lies in tatters, torn to pieces by an onslaught of negative evidence” (Lawton, 2009, 201[2692]:34, emp. added). On the cover of a recent issue of New Scientist was Darwin’s tree of life, along with the statement “Darwin was Wrong” (2009, 201[2692]). Cover-story author Graham Lawton admitted, “The tree of life, one of the iconic concepts of evolution, has turned out to be a figment of our imagination” (p. 34). Lawton reminded readers of Dr. W. Ford Doolittle’s 1999 claim that “the history of life cannot properly be represented as a tree” (p. 37). Lawton also interviewed evolutionary biologist Eric Bapteste of Pierre and Marie Curie University in Paris, who exclaimed, “We have no evidence at all that the tree of life is a reality” (p. 34, emp. added). Though Darwin’s tree of life has been taught as fact for decades, the truth is, “we have no evidence at all” for it. Go figure.

Although Bapteste, Doolittle, and many other evolutionists admit that “the Darwinian tree is no longer an adequate description of how evolution in general works” (p. 39; Was it ever?), they are not willing to give up their theory. Baptiste and Doolittle “stress that downgrading the tree of life doesn’t mean that the theory of evolution is wrong—just that evolution is not as tidy as we would like to believe” (p. 39).

It is amazing how year after year, decade after decade, as more information becomes available, yesterday’s standard, rock-solid “proof” of evolution becomes tomorrow’s admission of error. Ernst Haeckel’s professed biogenetic “law” (ontogeny recapitulates phylogeny) turned out to be nothing more than a hypothesis. Piltdown Man was fraudulently constructed from the jawbone of an orangutan and cranium of a man, though it was paraded before the world as proof of evolution for 40 years (cf. Jackson, 1981; Major, 1996). Now another “iconic concept of evolution” has fallen on hard times. One wonders what it will take to convince evolutionists that it is not just Darwin’s tree of life that needs to be cast aside, but the entire theory of evolution.