Spiders in the Bible

Did you know that the Bible often uses plants, insects, or animals to teach important spiritual truths? Jesus once said to His disciples “Behold, I send you out as sheep in the midst of wolves. Therefore be wise as serpents and harmless as doves” (Matthew 10:16). Jesus wanted His followers to know that they would not always be liked, but that in spite of that, they should act intelligently and correctly. The writer of Proverbs suggested that we “go to the ant” so we can “consider her ways and be wise” (6:6). The tiny ant works hard and accomplishes much. We should do likewise, not just in our physical lives, but in our spiritual lives as well.

The Bible also uses spiders to teach spiritual lessons. In Proverbs we find this statement. “The spider skillfully grasps with its hands, and it is in kings’ palaces” (30:28). In the verses immediately before this, the writer also discussed ants, badgers, and locusts. His point was that these creatures are not very large or powerful, but they still are very successful at what they do because they act wisely and use their talents well. The spider weaves a beautiful and highly complex web using chemicals from its own body. Then it uses its tiny “hands” to grasp the unsuspecting prey that gets caught in the web. While the spider itself may not be very big, seem very smart, or look very powerful, its appearance is deceiving. In fact, it even lives in kings’ palaces, where, apparently, it has the run of the place. It prevails and succeeds, in spite of its tiny size and unimpressive looks.

The prophet Isaiah also used spiders to teach an important lesson. He spoke of people who were so evil that they “hatch vipers’ eggs and weave the spider’s web” (59:5). Isaiah did not mean, of course, that these people literally hatch eggs and weave webs. Instead, he was using these characteristics of reptiles (vipers) and insects (spiders) to describe folks who were evil. They plotted against those around them and used a “web of deception” to trick people. But in the next verse, Isaiah said that “their webs will not become garments, nor will they cover themselves with their works.” In other words, even though a spider can weave an intricate and complex web, that web cannot hide the spider. And even though sinful people can weave an intricate and complex web of deception, that web cannot hide them from God. He still knows what they are doing. This is the point the writer of Hebrews was making when he said: “And there is no creature hidden from His sight, but all things are naked and open to the eyes of Him to whom we must give account” (4:13). The next time you see a spider, remember these important lessons. You may not be very powerful, but you still can accomplish a lot for God. And when you do something that is wrong, you cannot hide it from Him because He sees and knows everything. Therefore, we must do our best to live according to His Word, the Bible. 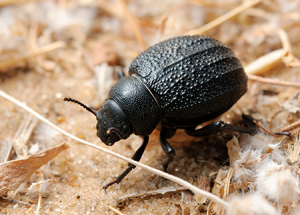