Some Observations on the Death of a Supreme Court Justice 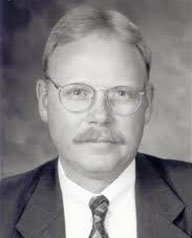 Were you as saddened as I was to hear of the recent death of Supreme Court Justice Antonin Scalia? I remember when President Reagan appointed him in 1986. His brilliant mind quickly caught national attention. He believed what all of the Supreme Court justices formerly believed, namely that it was not his job to create or invent the law, but merely to discover the original intent of the founding fathers who wrote the Constitution.

I see in that approach a striking parallel to our efforts in following the Bible as the inspired word of God. I know there are those who claim that the meaning of the Constitution must change, like a “living organism” in order to keep up with modern society. Likewise, in the church, there are those who claim that the Bible must change as society changes. They say that the original intent of the inspired writers should take a backseat to the wishes of modern society. I learned a long time ago that such reasoning essentially makes the Constitution (or the Bible) say whatever I want it to say. It has also been my observation that those judges (and religious people) who argue that way are typically the most intolerant and dogmatic of all.

About the “living organism” theory, consider this quote from Justice Scalia:

That’s the argument of flexibility and it goes something like this: The Constitution is over 200 years old and societies change. It has to change with society, like a living organism, or it will become brittle and break. But you would have to be an idiot to believe that. The Constitution is not a living organism, it is a legal document. It says something and doesn’t say other things.1

Can you see the application of that reasoning to the Bible?

Or, maybe you can appreciate this from Scalia:

The body of scientific evidence supporting creation science is as strong as that supporting evolution. In fact, it may be stronger…. The evidence for evolution is far less compelling than we have been led to believe. Evolution is not a scientific “fact,” since it cannot actually be observed in a laboratory. Rather, evolution is merely a scientific theory or “guess.”… It is a very bad guess at that. The scientific problems with evolution are so serious that it could accurately be termed a “myth.”2

God assumed from the beginning that the wise of the world would view Christians as fools…and He has not been disappointed. Devout Christians are destined to be regarded as fools in modern society. We are fools for Christ’s sake. We must pray for courage to endure the scorn of the sophisticated world. If I have brought any message today, it is this: Have the courage to have your wisdom regarded as stupidity. Be fools for Christ. And have the courage to suffer the contempt of the sophisticated world.3

And on the existence of the devil:

I see in these statements some deep insights by a Supreme Court justice. I see where he tapped into, and was influenced by, the truth of God’s Word. That’s one big reason I was sad to see him go.