As you walk through the Natural History Museum, you quickly realize that the main theme is evolution: the dinosaur section teaches evolution, the section on humans teaches it, and the mammal section is filled with it. Almost every major exhibit is designed to teach something about evolution. If you pay close attention, though, you can figure out that the “evidence” that supposedly proves evolution does not prove it at all. For instance, one piece of evidence that is said to support evolution is the idea of homology. We have looked at this argument many times in Discovery. Homology is the idea that if things look similar, that proves they are related and evolved from a common ancestor.

In the T. rexexhibit, however, we uncover some very interesting information. We are told that similarity sometimes “proves” evolution, but then we are told that just because living things look very similar, that does not prove they are closely related. Notice the statements made by the placards. 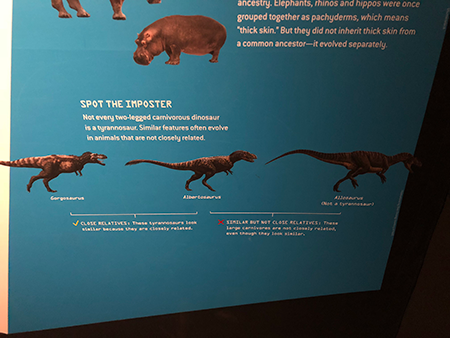 So, which is it? Does similarity prove that animals are close evolutionary relatives or not? Certainly not. In fact, similarity cannot be used to prove anything about evolution for two reasons. First, evolution never happened. Second, similarity is not proof of anything. All it can show is that the animals look similar, not that they are related.

In real life, we know similarity does not prove things are related. Cars have four wheels and rubber tires, but that does not mean cars are related. Most tables have four legs, but the tables are not cousins and brothers. Some brothers look similar to each other, but others do not look alike at all. Does that mean that the ones who look similar are more closely related to each other than the ones that do not? No. Furthermore, some people look very much alike but are not closely related at all. These examples show that similarity can’t be used to prove anything.

If evolution is false, then why do some animals look similar to each other, or even have similar structures to those found in humans? One great explanation is that they have the same Designer. If God created animals and humans to live in the same world, breathe the same air, eat similar food, and move over the same ground, then it makes perfect sense that some of their parts would have a common design. Cars have four wheels and rubber tires because the design is a good one to travel over the same roads. Most tables have four legs because they are working with the same physical forces of gravity. And different kinds of animals have similar structures because they have a common Designer: God. 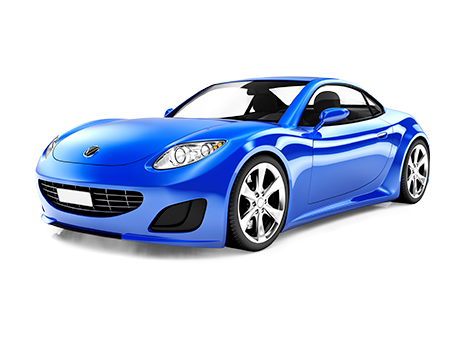 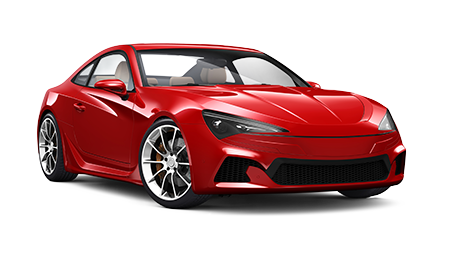