The Etruscan pygmy shrew is a contender for the smallest mammal in the world. It weighs about .063 ounces, which is a little less than the bumblebee bat. But it has a slightly longer skull than the bat. So some people say the shrew is smaller based on its weight, and others say the bat is smaller because of its tiny head. Either way, both these critters are tiny. But the tiny size of the shrew does not take away from its amazing design. Since this little creature cannot see well, it must rely on its whiskers to navigate and find food. The whiskers of the tiny shrew are highly sensitive and work very well. In fact, the shrew’s whiskers work so well that researchers have been studying them in an attempt to build robots with similar technology. 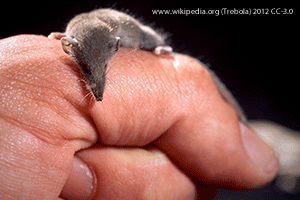 Very smart engineers who build robots have been working on a new machine they call Shrewbot. Shrewbot is a small robot fitted with whiskers. The engineers studied the Etruscan shrew’s whiskers and used them as a model for their robot. The main advantage of this “touchy” technology is that the robot does not rely on vision. Because the robot uses its whiskers instead of eyes, it can go into dark places where other robots cannot go. The people who made the robot think it might be helpful to firemen, because it could go into smoky rooms.

When scientists copy designs in nature, it is called biomimicry. We often write about biomimicry in Discovery magazine. Each new instance of this practice helps us see the intelligent design within the natural world. If brilliant scientists find complex, working designs in nature that are better than man-made designs, then the Designer of the natural world must be more intelligent than any human designer. Isn’t it neat how one of the world’s smallest mammals provides such a “big” piece of evidence for the existence of God—the Intelligent Designer? 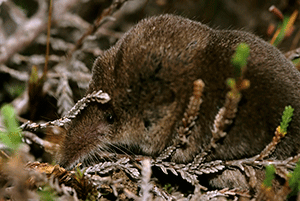