To the delight of such organizations as the American Civil Liberties Union and the American Humanist Association, on July 14, 2005 the U.S. Senate Appropriations Committee announced its decision to increase funding for abstinence-only-until-marriage programs by 1.8 million dollars in 2006—38.6 million dollars below President Bush’s proposal. Although these organizations would rather have seen a substantial decrease in the funding for the abstinence-only-until-marriage program (to the amount of $0), the rejection of President Bush’s increase request is said to be “an encouraging step away from religious-based…curriculum” (“Senate Appropriations…,” 2005). Humanists advocate that “sexuality education programs in public schools should reflect our shared ethical values—not sectarian values of any one particular group” (i.e., Christian fundamentalists—“A Humanist Statement…,” n.d.). Apparently, the abstinence-only-until-marriage program is too similar to the Bible’s teaching on lawful sexual relations (between a scripturally married husband and wife—Genesis 2:24; Matthew 19:1-9; cf. Galatians 5:19; Colossians 3:5) for it to be worthy of America’s support.

Since the 1960s (when “comprehensive sex education” began to infiltrate schools and government programs) billions of dollars have been allocated to health departments and other government entities partly for the purpose of educating America’s youth about “safe sex.” Conducting federally funded, abstinence-based, sex-education classes in public schools, however, is considered by the ACLU and others to be “fiscally irresponsible” (“Sign on Letter…, 2005). Even the 2005 updated teen-pregnancy policy released by the American Academy of Pediatrics no longer includes the phrase “abstinence counseling is an important role for all pediatricians” (“Doctors Denounce…,” 2005).

Rather than teach young people about the godly and logical reasons to postpone a sexual relationship until they are married, countless organizations around the globe continue to advocate safe-sex education. And, it’s beginning earlier and earlier. Only a few weeks ago, a “Youth Risk Behavior Survey” was given to eleven and twelve-year olds in Shrewsbury, Massachusetts. Seven of the more than fifty questions on the survey dealt with sexual matters: had the students ever engaged in sexual intercourse or oral sex; if so, when was their first time; how many times had they engaged in a sexual act; and, did they use protection (Lally, 2005; Brown and Brown, 2005). Just this month a Norwegian news site ran an article titled “Sex-ed urged for 5-year olds” (emp. added). Siv Gamnes, the head of a clinic that specializes in sex education in Norway, “doesn’t think age five is too early to start talking about sex.” In fact, “sex education should begin while small children are still in local kindergartens” (“Sex-Ed…, 2005, emp. added). After all, according to Gamnes, “Starting early with sex education can help prevent children from getting wrong information that they can go around believing for a long time” (“Sex-Ed…”).

Admittedly, sexually transmitted diseases are serious, painful, and sometimes deadly. [According to the American Center for Disease Control (CDC), more than 65 million people (or 22% of the U.S. population) live with one or more incurable sexually transmitted diseases (“Tracking…, 2004).] But, the answer is not to excite children and adolescents sexually by talking to them about oral sex, multiple sex partners, masturbation, condoms, and diaphragms at earlier and earlier ages. Youth need a steady diet of teaching on what is right and wrong, good and bad (cf. Romans 12:9-21; Deuteronomy 6:1-9)—instruction that humanists and atheists staunchly oppose (see “A Humanist Statement…, n.d.;” cf. Huxley, 1937, p. 316), and for that reason may never again be seen in our heavily humanistically influenced schools. Truly, until man is willing to humble himself, submit to the rule of God, and teach biblical principles and laws concerning sexual relations, the plague of sexually transmitted diseases will continue. But “fornicators and adulterers God will judge” (Hebrews 13:4; cf. 2 Corinthians 5:10). Thirty-five hundred years ago, the Almighty instructed Israel, saying: “If you will give earnest heed to the voice of the Lord your God, and do what is right in His sight, and give ear to His commandments, and keep all His statutes, I will put none of the diseases on you which I have put on the Egyptians; for I, the Lord, am your healer” (Exodus 15:26, NASB). In short, the sexually transmitted diseases that saturate our world are easily preventable—obey God. “Flee sexual immorality” (1 Corinthians 6:18). 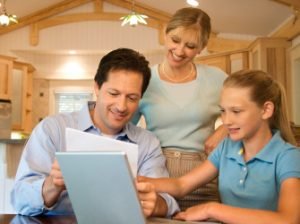