Secular Humanism and the Value of Human Life

Noted Christian apologist Thomas B. Warren observed that “[b]oth false philosophy and false theology greatly influence the world” (1975, p. 11). An investigation of the philosophy and theology of secular humanism unveils an immense impact on values, particularly the value attached to human life. It might seem that any form of humanism would have the logical, practical effect of an increase in the perceived value of human life. Fittingly, humanists use life-centered language to encourage this assumption. For example, the American Humanist Association has defined humanism as “a progressive lifestance that, without supernaturalism, affirms our ability and responsibility to lead meaningful, ethical lives capable of adding to the greater good of humanity” (“Definitions…,” 2006, emp. added). The 13th affirmation of the original Humanist Manifesto “maintains that all associations and institutions exist for the fulfillment of human life” (1933, emp. added).

The 34 liberal humanist authors of the first Manifesto used their final affirmation to explain their general stance on life: “We assert that humanism will: (a) affirm life rather than deny it; (b) seek to elicit the possibilities of life, not flee from them; and (c) endeavor to establish the conditions of a satisfactory life for all, not merely for the few. By this positive morale and intention humanism will be guided, and from this perspective and alignment the techniques and efforts of humanism will flow” (1933, parenthetical items in orig., emp. added). Later, Humanist Manifesto III (2003) confirmed, “Humanists are concerned for the well being of all.” Indeed, secularists seek to convince society that they place a fundamental, ultimate, overarching premium on human life.

Is this actually the case? What, for example, is the humanist position on abortion? Because it has been proven logically and scientifically that human life begins at conception (see Harrub, 2002), the question concerning the rightness or wrongness of abortion is an appropriate test of the fundamental value an individual or group attaches to human life. Consider the lengthy opinion of the British Humanist Association:

The current law is permissive: it does not impose abortion on anyone who does not want one or want to perform one. So even within the law, individuals have to make moral choices. [NOTE: Do not miss the humanistic deference to the state; see Colley, 2007b—CC] How do humanists pick their way between these conflicting ideas? Humanists value life and value happiness and personal choice, and many actively campaigned for legalised abortion in the late 1960s. Although humanists do not think all life is “sacred” they do respect life, and much in this debate hinges on when one thinks human life begins. Humanists tend to think that a foetus does not become a person, with its own feelings and rights, until well after conception.

Because humanists take happiness and suffering into consideration, they are usually more concerned with the quality of life than the right to life, if the two come into conflict. The probable quality of life of the baby, the woman, rights and wishes of the father and the rest of the family, and the doctors and nurses involved, would all have to be given due weight. There is plenty of room for debate about how much weight each individual should have, but most humanists would probably put the interests of the woman first, since she would have to complete the pregnancy and probably care for the baby, whose happiness would largely depend on hers. She also exists already with other responsibilities and rights and feelings that can be taken into account – unlike those of the unborn foetus which cannot be so surely ascertained (“A Humanist Discussion…,” 2006).

Two philosophical mistakes cause this contradiction. First, secular humanists believe that mankind is the product of strictly naturalistic processes (see Colley, 2007a). Because humanity is merely a higher form of ordinary animal life, the life of a human is of no more intrinsic value than the life of any animal. “Humans are an integral part of nature, the result of unguided evolutionary change” (Humanist…, 2003). So, a secularist logically views humans as he views all “other” animals, measuring their worth “entirely by their usefulness, actual or potential, to the community” (Packer and Howard, 1985, pp. 157-158). A human life is a commodity, and just as in a cattle market, circumstances dictate the value of the commodity. An evolutionary concept of origins is the first mistake which leads secular humanism to denigrate the human life it claims to prize, and compromise the rights it claims to defend.

The second reason secularists contradict themselves in this discussion is that that they place an ultimate premium on collective human reason (with rationality) as a foundation for ethics. “Reason and intelligence are the most effective instruments that humankind possesses. There is no substitute: neither faith nor passion suffices itself…. [R]eason must be tempered by humility, since no group has a monopoly of wisdom or virtue” (Section 4, Humanist…, 1973, emp. added). Later, secularists made their point even more clearly:

We are committed to the use of the rational methods of inquiry, logic, and evidence in developing knowledge and testing claims to truth. Since human beings are prone to err, we are open to the modification of all principles, including those governing inquiry, believing that they may be in need of constant correction. Although not so naïve as to believe that reason and science can easily solve all human problems, we…. know of no better substitute for the cultivation of human intelligence (Section 7, A Secular…, 1980).

The devastating problem with this approach is that, as even secularists recognize, different people reason in different ways and reach conflicting conclusions. Secular humanists, logically, are reduced to a vain attempt to ascertain the consensus of all people at a given time in order to develop moral imperatives. Only after finding the consensus of all human opinion may secularists impose their own interpretation of the data as rules for living.

Furthermore, according to this pattern of thought, if the reasoned consensus of the day acknowledged the sanctity of life in the womb, then secularists would be bound to accept and defend it, until the general consensus changed. On the other hand, if the majority reasoned that all sick children under age five and all people over age 85 should be drowned, consistency would demand that secularists go along with such maniacal genocide.

Secular humanists make lofty, unrealistic, impractical claims to pure democracy as a basis for ethical ideals, all the while basing these ideals on their own subjective ideology. As Ridenour noted, “Secular humanism has no set of moral absolutes like the Ten Commandments. At best, it comes up with numerous ‘suggestions’ for what people should do, based on their experience in the society in which they are living…” (2001, p. 195). The secularists’ subjective ethical approach leads them to contradict their general statements affirming life. Contradictions like this are evident in every major tenet of secularism (see Colley, 2007a; Colley, 2007b).

Webber summarized the secularist’s problem: “The secularist can speak about the value of human life, yet fail to have an ultimate reason why life is valuable” (1982, p. 71). Then, “In the secular society, spawned by the loss of belief in a God to whom we are accountable, it has become fashionable for modern man to be free—free from covenantal agreements, free from the responsibility to raise children, free to pursue his own selfish desires” (p. 74, emp. added). According to secular humanism, a human’s right to live goes only as far as his evolutionary development and strength. His right to kill, though, also goes that far. As Packer and Howard have noted:

[M]any humanists will justify the killing by abortion of a new person forming in its mother’s womb, and the killing by starvation of handicapped new-borns and by euthanasia, the killing of old persons who can no longer function skillfully and productively in society or in their own families. The same thinking was invoked to justify the killing, in Nazi Germany, of six million Jews lest their genes and influence should somehow corrupt the master race. The principle is the same in each case; some human beings are to be eliminated (a gruesome euphemism, suggesting excretion) from the social system for the convenience of other human beings who are strong enough to maintain a claim to be better developed than their victims. Ideological might thus becomes right, and cool clinical murder, a recognized social convention (1985, p. 141, parenthetical item in orig.).

Unsurprisingly, while secularists have claimed to believe in the value of human life, they also have belied a conviction to the contrary. The Humanist magazine revealed something very interesting when it observed that humanism derives “the goals of life from human need and interest rather than from theological or ideological abstractions, and asserts that humanity must take responsibility for its own destiny” (“Definitions,” emp. added). To simplify this statement, we might say that humans are responsible for taking care of themselves. Of course, harsh reality reminds us that not all humans are capable of taking care of themselves. The issue of how human society should treat its weakest members is a treacherous problem for humanists. The International Humanist and Ethical Union stated that “human beings have the right and responsibility to give meaning and shape to their own lives” (“Glossary,” 2007). The Morains, prominent humanist authors, have agreed that humans must rely upon one another (“Chapter Three,” 1998). Preborn children, infants, and some elderly people are, to various degrees, incapable of “shaping their own lives,” and are reliant on the care of others. It seems that humanism provides little, if any, protection for fragile people such as these. It is doomed to allow or promote the very “suffering” it intends to “reduce” (Humanist…, 2003).

If humanists want a worldview that consistently affirms human life in every way, they should set aside their illogical atheistic bias in order to investigate honestly the Christian perspective. According to the Christian worldview, humans are different from animals because humans are endowed with an immortal spirit (see Genesis 2:7; Matthew 10:28; 16:26). This implies that human life has intrinsic value and cannot be taken indiscriminately (see Job 10:11-12; Psalm 139:13-16; Jeremiah 1:4-5; Isaiah 49:1; Galatians 1:15). While there are various types of Christian humanism (see “Welcome…,” 2006), a Christian, biblical view of humanity is in harmony with Webber’s statement: “It is the conviction of an authentic Christian humanism that all life is of value” (1982, p. 79). Packer and Howard echo, “To the Christian, every human being has intrinsic and inalienable dignity by virtue of being made in God’s image and realizes and exhibits the full potential of that dignity only in the worship and service of the Creator” (1985, p. 157).

Christianity also provides ultimate fulfillment. Jesus offers the “abundant” life (John 10:10), which includes a sure expectation of an eternal life to come (Mark 10:30; John 3:15-16). Far from coaxing weak-minded people to take leaps of blind “faith,” Christianity upholds human reason, requiring its adherents to believe only in those things which are reasonable and rational (see Warren, 1972). It demands that we protect innocent people, regardless of the consensus of humanity as a whole, which, as secularists and theists admit, will be erroneous in many cases (Proverb 6:16-19; cf. Matthew 27:3-4; Exodus 23:2; Matthew 7:13-14). Authentic love for human life requires that we protect it, whether or not secular humanists admit it. 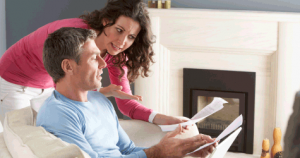