As we have already seen in this issue of Discovery, the scientific Law of Biogenesis says that in nature, life comes from previously existing life of its own kind. Every single science experiment ever done in Biology proves this to be true. But in the past, not everyone understood this law. Some people thought life formed from non-living chemicals. 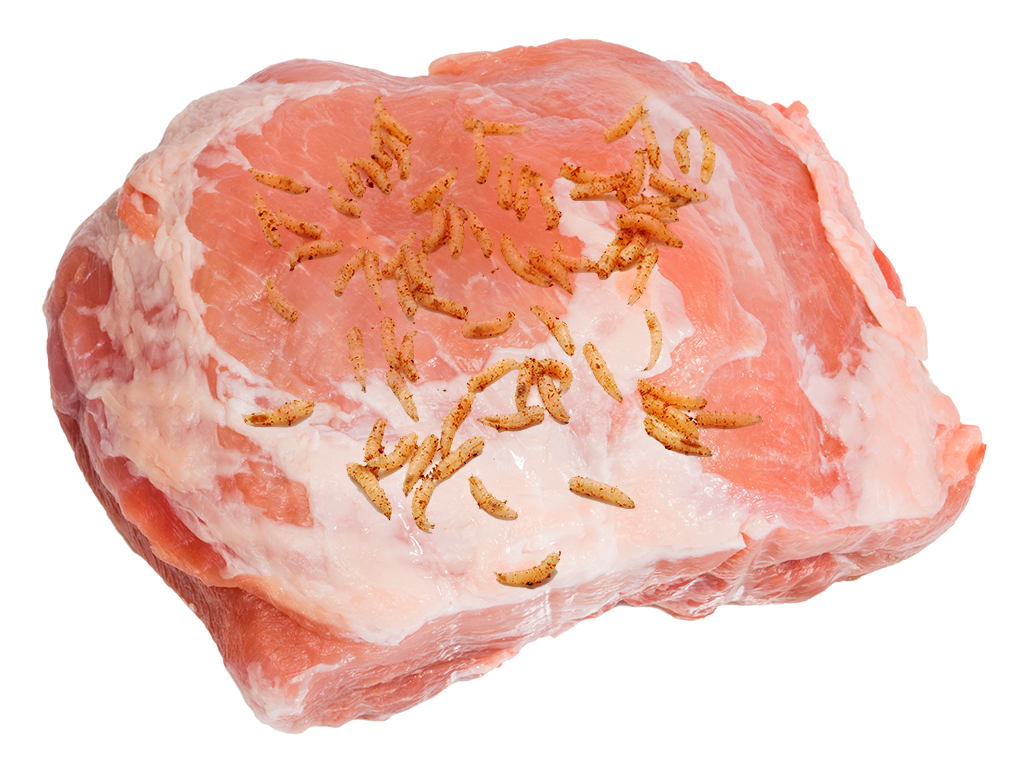 In fact, as late as the 1700s, the dominant theory was abiogenesis, or spontaneous generation. This theory stated that, given the right circumstances, life could arise on its own. One piece of evidence used to “prove” that life could pop into existence from non-life had to do with meat and maggots. Those who believed in abiogenesis pointed to the fact that if a person put meat outside on a hot summer day, eventually, maggots would “spontaneously” appear on the meat. Thus, maggots were said to be an example of how life could arise out of non-living chemicals. But was this really the case? Some scientists said no. They were right. 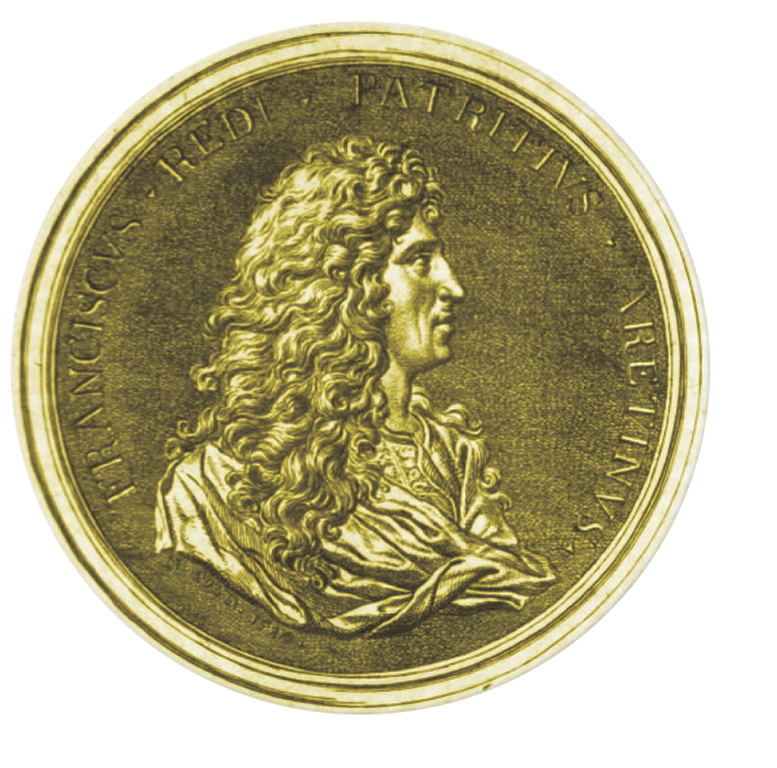 One of the most notable scientists who objected to the idea of abiogenesis of maggots was Francesco Redi (1626-1697). Redi thought that maggots did not spontaneously generate, but instead arose from eggs that were laid by flies. In the year 1688, Redi produced results that proved his idea to be true. He put meat in jars, some of which were left open, and some of which were sealed. As Redi predicted, maggots were only found on the meat that the flies could reach.
However, Redi’s first experiment was not enough proof for everyone. Some people argued that the experiment was flawed, claiming that air was a requirement for abiogenesis to occur. Redi then changed his experiment and added a third group of jars that had netting, like medical gauze, on top. Flies tried to get to the meat, but could not. Instead, they laid their eggs on the gauze and maggots formed there. Redi proved that maggots did not come from non-living chemicals. Instead, the maggots came from flies. And, the maggots grew to be flies. This established the fact that life comes only from life of its own kind in nature. 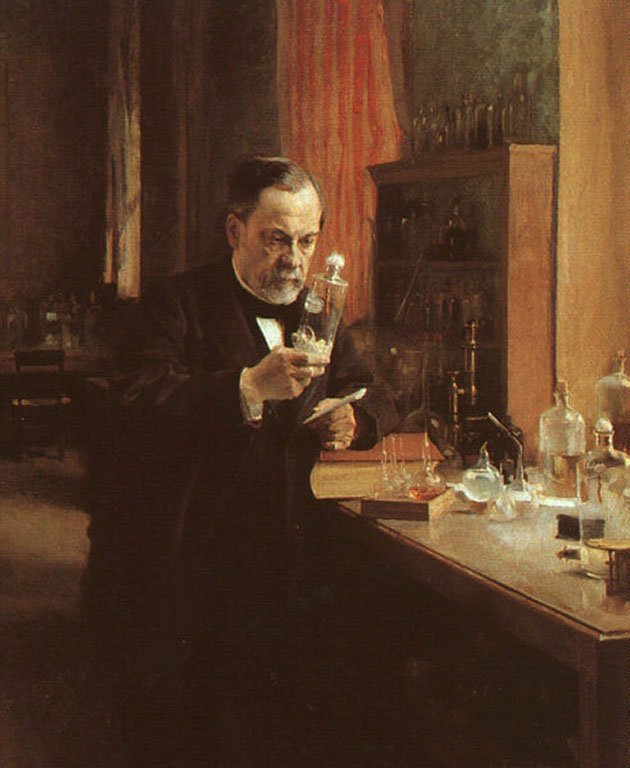 Many people, however, were still convinced that life could pop into existence from non-living chemicals, and the theory of abiogenesis survived for many more years. In the 1860s, however, a man named Louis Pasteur changed that and laid the false theory of abiogenesis to rest once and for all. Pasteur did a series of experiments in which he placed broth, a mixture of water and hay or meat, in glass flasks. The flasks had special S-curved necks designed so that air could reach the broth, but any tiny organisms would get caught in the crook of the S-shaped curve. The flasks made it impossible for any particles in the air to reach the broth. Some of the flasks were observed for an entire year, and no life forms grew in the broth. When Pasteur broke the necks off the flasks, allowing particles to reach the broth, then organisms grew in the broth. Pasteur had done it. He had proven that the organisms growing in the broth came from other organisms in the air. They did not form from lifeless chemicals. Finally, the false theory of abiogenesis was dead!
Since the days of Louis Pasteur, the Law of Biogenesis has been recognized as the most fundamental law in all sciences that deal with life. However, this leaves atheists in an awkward position. If life cannot arise from non-life, how did it get here? This has lead atheists to believe in many unscientific and false theories. The most common atheistic response today is that spontaneous generation is not possible now, but it must have been possible in the distant past. Many have tried to prove this by performing experiments to create life, yet every single one has failed.
In the end, if we look at all of the available evidence, there is only one conclusion that fits: In nature, life comes from previous life of its own kind. The idea of abiogenesis has always been wrong. And this shows us that there is a God, and atheism simply cannot be true.

If you look at a carton of milk or bottle of juice, you will read that it has been “Pasteurized.” That means that it was heated up to a high enough temperature to kill the bacteria in it. Then, before any air could hit it, the carton or bottle was sealed so that bacteria could not grow in the juice or milk until the container is opened. This process was invented by Louis Pasteur. 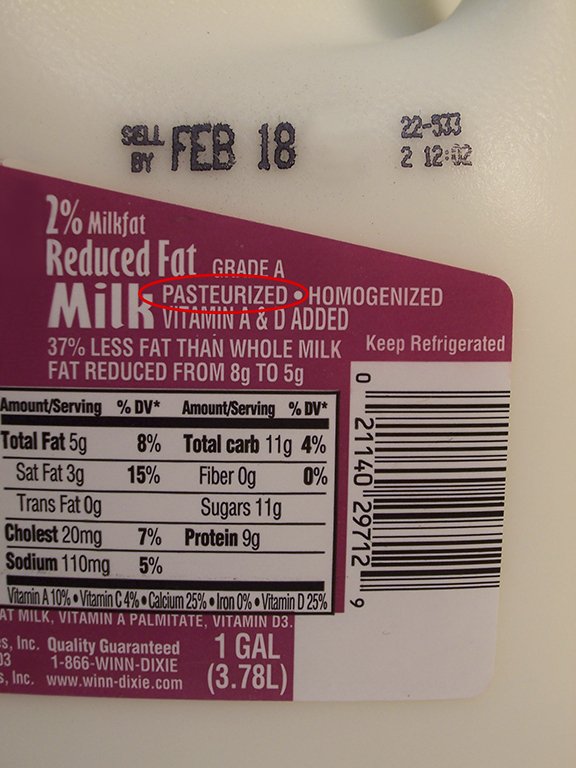