The most famous reptiles in the world are those that no longer live on Earth. We call them dinosaurs. The word dinosaur comes from two Greek words: deinos, meaning “fearfully great,” and saurus, meaning “reptile” or “lizard.” Since 1842, when a scientist named Richard Owen coined the term, man has referred to certain extinct reptiles (known from the fossil record and history) as dinosaurs. Though the average dinosaur was only about the size of a bison, with many being even smaller, certain dinosaurs were the longest and largest reptiles ever to roam the Earth.

If you can imagine an animal that was taller than a giraffe, longer than four cars, and heavier than five large elephants, then you can picture Apatosaurus. Apatosaurus stood about 21 feet tall, was about 70 feet long, and weighed about 30 tons (60,000 pounds)!

Like all enormous plant-eating dinosaurs with long necks and long Tails (known as sauropods), it is doubtful that the Apatosaurus got in a hurry very often. It probably moved its massive bodies only about 2-4 miles per hour most of the time (which is about the same pace that a person walks).

These plant-eaters had little protection, but they were not defenseless. Since they were much taller and heavier than meat-eaters, they likely would have lifted themselves up on their back legs and stomped on an attacker with their front legs. (This is how elephants often protect themselves.) Also, they might have used their long tails like mighty whips to keep enemies away.

You might think that Apatosaurus looks very similar to the dinosaur popularly known as Brontosaurus. The fact is, they are the same dinosaur. In 1877, the famous American fossil hunter, Othniel Marsh, found a hip and a few backbones from a dinosaur he named Apatosaurus. Then, two years later, he found the skeleton of another dinosaur and called it Brontosaurus. However, in 1903 a scientist discovered that the Brontosaurus was just an adult version of Apatosaurus. According to the rules of naming creatures, Apatosaurus is the correct name since this name came first. But, because people had gotten so used to calling the animal Brontosaurus (and because to most people, Brontosaurus “sounds better” than Apatosaurus), most people today still use the name Brontosaurus.

As one of the largest animals ever to walk the face of the Earth, Brachiosaurus could pretty well do whatever it wanted. Weighing in at over 40 tons, this giant could grow to be 80 feet long and 40 feet high (about the height of a three-story building). No land animal living today even comes close to this incredible size. The biggest elephants on Earth today are less than 15 feet long and weigh at most about 11 tons. Due to its colossal size, an adult Brachiosaurus (like most large sauropods) probably had no natural enemies. 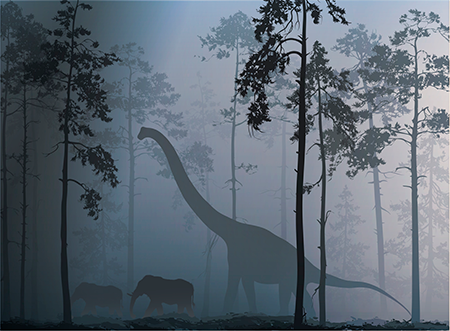 Meaning “arm lizard,” Brachiosaurus got its name because of its unusually long front legs.

In 1986, scientists working in New Mexico unearthed the remains of another large dinosaur they named Seismosaurus, meaning “earthquake lizard.” Scientists estimated that when this reptile died, its length measured 120 feet from head to tail and weighed somewhere between 60-80 tons.

In 1991, paleontologist Rodolfo Coria reported that he had uncovered an even larger dinosaur in the country of Argentina. Estimates are that this dinosaur, known as Argentinosaurus, was over 120 feet long, 29 feet tall to the top of the back, and likely weighed 20 tons (or 40,000 pounds) more than Seismosaurus. (Just one of its backbones, called a vertebrae, measured 5 feet, while one of its rib bones was 14 feet long.) Scientists believe that this massive creature reached weights of over 100 tons (or 200,000 pounds)—as much as 55 average cars weigh! For now, Argentinosaurus is the heaviest dinosaur on the block! [If you ever want to take a closer look at this awesome animal, visit the Fernbank Museum of Natural History in Atlanta, Georgia, where a full-size replica of Argentinosaurus can be found.] 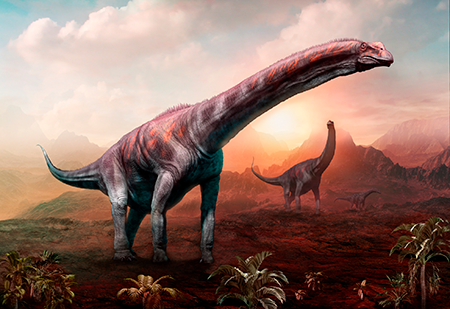 Scientists are puzzled about how creatures this large could have eaten enough to survive. They are not even sure how such a large animal could pump blood up to its head. Those who believe in evolution wonder what caused dinosaurs to reach such giant sizes. The fact is, these ponderings simply point us back to the amazing wisdom and power of the Creator. Evolution didn’t make Seismosaurus, Argentinosaurus, or any other reptiles from the past or present; God did! We can be sure that God neither had a problem feeding Argentinosaurus nor circulating its blood. Nothing is too hard for God (Jeremiah 32:17,27).

“In six days the Lord made the heavens and the earth, the sea, and all that is in them” (Exodus 20:11), including the dinosaurs and their habitat.

Although they were massive creatures, these dinosaurs were not the largest creatures ever to live. It appears that honor belongs to the blue whale.

Blue whales are born big and then become enormous. Baby blue whales are almost 25 feet long at birth and weigh as much as a small pick-up truck (6,000 pounds). The calf feeds on its mother’s rich milk and gains a whopping 200 pounds every day during the first year of its life. By the time the baby becomes a full-grown whale, it can reach almost 100 feet in length and weigh nearly 200 tons (or 400,000 pounds)! That’s about 190,000 pounds heavier than Argentinosaurus! 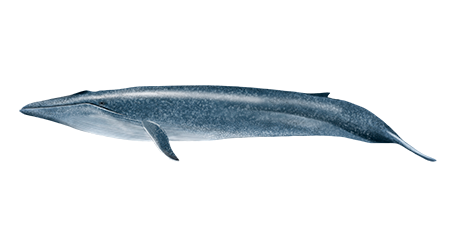 In Job chapter 40:15-24, God spoke about a real animal He called “behemoth,” which He said to Job, “I made along with you.” He described this marvelous creature as having bones “like beams of bronze” and “ribs like bars of iron.” He was so mighty that neither raging rivers nor the weapons of men disturbed him. “He is the first of the ways of God; only He Who made him can bring near His sword.” What’s more, God said this amazing animal “moves his tail like a cedar.”

What’s this “behemoth” that God described to Job? The simple fact is, it sounds very much like God was describing one of the magnificent sauropod dinosaurs that He made on day six of Creation.

Though gigantic sauropods were not the norm for dinosaur sizes (since most were much smaller), they are very worthy of our pondering. Indeed, they should serve as reminders to humans of God’s awesome power and creative ability. 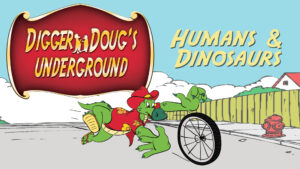