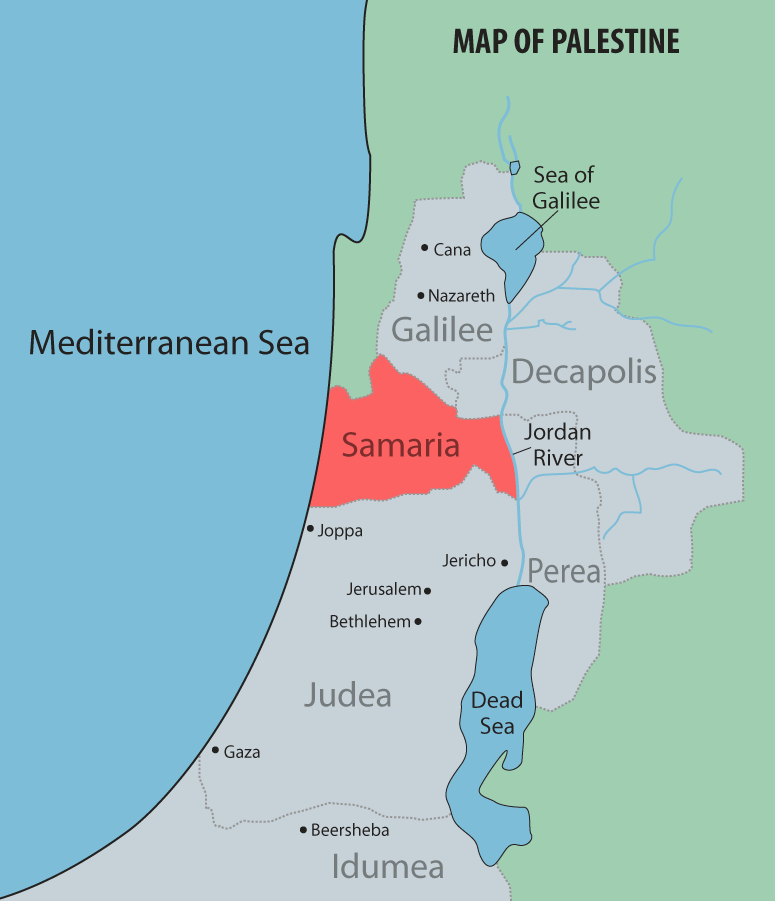 In 1 Kings 12, we read about King Rehoboam. He chose to ignore the advice of the older, wiser people around him, and instead, listened to his younger friends. He made the decision to ignore his people’s wishes, and the result was that the nation was split apart into a Northern and Southern Kingdom. The Northern Kingdom was known as Israel, and eventually became known as Samaria.

All of Israel’s kings were wicked. So God finally sent Assyria to conquer Israel (2 Kings 17:5-18). Most of its people were taken away into captivity, and Gentiles from other lands were brought into Israel to re-populate the land, causing the descendants of Israel (the Samaritans) to be mixed—part Jew, part Gentile (2 Kings 17:24). Sadly, the Samaritans did not fear the Lord (2 Kings 17:25-41). The Samaritans married people they shouldn’t have and worshipped God incorrectly, which caused the Southern Kingdom (Judah) to despise the Samaritans.

Later, Judah was also conquered for disobeying God. The people of Judah were carried off into captivity, and their Temple was destroyed. About 70 years later, many Jews were allowed to go back to Jerusalem to rebuild the Temple. When the Samaritans in the land came to Jerusalem claiming that they wanted to help rebuild the Temple, they were rejected (Ezra 4:1-5), which caused more anger between the nations.

By New Testament times, Samaria was the area of land between the Mediterranean Sea and the Jordan River, and Galilee and Judea—in the heart of the Promised Land. It was about 40 miles east-to-west by 35 miles north-to-south, or slightly larger than the small state of Rhode Island. In the New Testament, the Jews still hated the Samaritans. John 4:9 says that the Jews did not have anything to do with them, and even avoided going through Samaria. When Jesus attempted to go through a Samaritan village on the way to Jerusalem, the village rejected Him as well (Luke 9:51-53). 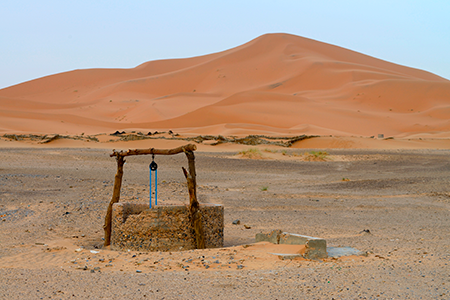 Many of the Jews were so prejudiced towards the Samaritans that they did not have any mercy or compassion for them, even though some Samaritans loved God. But Jesus cared for them. When James and John wanted Jesus to destroy the Samaritan village that rejected Him, Jesus rebuked them (Luke 9:53-56). He showed compassion for the Samaritan woman at the well (John 4), and used a Samaritan as the “good guy” in a parable about compassion (Luke 10). Jesus cared for the Samaritans, and just like everybody else in the world, wanted them to be saved. After the church was started in Jerusalem in Acts 2 and spread through Judea, Samaria was the next area to hear the Gospel, and those who obeyed it were added to the church along with the Jews (Acts 1:8; 8). Thankfully, because of God’s compassion, anyone who obeys Him can be saved today (Acts 2:21-38)!