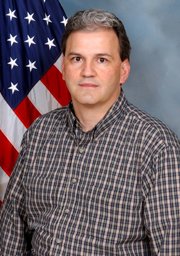 The title of this article, written by Dan Vergano and published in the Science section of USA Today (2010, 28[137]:5D), suggests that scientists at Japan’s RIKEN Center for Developmental Biology in Kobe have “revealed” wing evolution in insects, while the text of the article falls well short of supporting the title’s claim. The article does, on the other hand, indicate that the research of these scientists answers the criticism of “some religious writers,” such as Matthew Vanhorn, a former intern of Apologetics Press (Vanhorn, 2004).

The RIKEN Center researchers, as discussed in the article, dissected insect eggs to determine the gene that “turned on” as wings developed in mayflies, and which gene shut down in wingless silverfish. According to Vergano, the researchers did this “to test the two current theories to explaining insect wing origins.” One of these theories suggests that wings “developed from the back shell of insects,” while the other theory suggests that wings “are modified extensions” of insect legs.

According to Vergano, the researchers “conclude the answer is a mixture of both theories.” The term “conclude” here is a bit strong considering that the strongest claims made in the article for the research are “they may now have the answer [to insect flight evolution—JF]” and “just two genes may explain insect wings” (p. 5, emp. added). Such noncommittal hesitation hardly qualifies as a scientific conclusion, and certainly does not support the title’s claim that insect wing evolution has been “revealed.”

In fact, their “conclusion” is seen to be less than weak considering that it is partly based on the idea that “both genes were already present in the wingless ancient ancestor of today’s flying bugs” (p. 5). If these scientists are searching for an explanation of the origin of insect wings, how is it that they already “know” that the insects they are studying have a common ancestor? Moreover, how do they know that this ancestor was flightless? Perhaps, these claims are supported by the fossil record? No, Vergano states in his article that “the fossil record offers no clues to [insect wing—JF] origin” (p. 5, emp. added).

In truth, this article illustrates a quite common feature of evolution research, in which the “conclusions” of the research are very often supported by the assumption that Darwinism is true. Even more, it is an artifact of what could be more generally called “model based science.” Origins are not testable or repeatable (i.e., not directly subject to the scientific method), so researchers create models based on their hypotheses and test the models instead. However, when a researcher has complete freedom to assume a set of initial conditions, and then modify many of the parameters of his model with impunity, it is very often a simple matter to make the model fit any set of empirical observations. In particular, if the initial conditions represent what the theory is, in fact, trying to verify, the results are not much in doubt. The result is a theory that cannot be proven wrong, because the model can always be adjusted to accommodate changing information. This observation describes Darwinism.

It is equally typical of those who support Darwinism, like Vergano, to cover such weaknesses within Darwinism by marginalizing those who criticize it. For instance, notice that Vergano groups Matthew Vanhorn with “some religious writers,” while quoting evolutionary biologist Elizabeth Jockusch, of the University of Connecticut to say, “Most mainstream experts think this is just the sort of thing that leads to new structures” (p. 5, emp. added.) The staff scientists at Apologetics Press, who happen to agree with Matthew Vanhorn’s observations, may be included in Mr. Vergano’s characterization of “some religious writers,” but who also hold Ph.D. and M.S. degrees in a variety of fields including Biochemistry, Geology, and Nuclear, Aerospace, and Mechanical Engineering. Furthermore, A.P. staff scientists work in the mainstream of their chosen disciplines. It is quite easy for someone to claim that they speak for the “mainstream,” but significantly more difficult to justify that claim.

Mr. Vergano’s article also makes the tacit assumption that explaining the origin of wings is equivalent to explaining the origin of flight. Darwinists often naively equate the development of structure with the development of capability. Flight, however, is a function that requires much more than just having wings, as human beings have (often painfully) discovered. Creatures developing the brain capacity and “know how” to fly via evolutionary processes are just as unlikely and improbable as the development of flight structures—and the two must occur concurrently to hold any benefit for the animal.

The weaknesses of evolutionary theory, as illustrated by Vergano’s article, and the vast inherent improbability that structure and capability would develop concurrently, suggest a more rational conclusion than one of common ancestry. The structure necessary for and the capability of flight, suggest design—and therefore a Designer. Evidence for design in nature is overwhelming, but will never be found by those who begin their search with the assumption that it is not there.