“When I read Genesis 5, the numbers appear mythical. I don’t mean in length, but the actual, statistical likelihood that there are ten zeros in the list and many fives. In fact, almost everything follows a zero. Adam lived 800 years after his son. Noah had his children at 500 years old, and the flood started when Noah was 600 years old, and he lived 350 years after the flood. Enoch was taken after 300 years. There is no deviation or variation. It’s like the author was either unable to do math, or made it too simple, or was just making it up—thus all the zeros. Can you help with this issue?”

Normally, when people ask questions about the numbers in Genesis 5, the discussion centers on the long lifespans of the patriarchs (e.g., “How could Methuselah live to be 969 years old?”). This question, however, considers the likelihood of so many of the patriarchs’ lifespans, as well as their ages when they had sons, ending in 0 or 5. Are Moses’ numbers made up?

First, keep in mind that simply because something may initially seem improbable does not necessarily make it impossible or incorrect. Many Bible questions are more clearly answered once we delve more deeply into the biblical, historical, and cultural context. For example, in the first century, any part of a day could be computed for the whole day and the night following it. The Bible writers could truthfully equate “on the third,” “after three days,” and “three days and three nights” (even though such language may initially sound contradictory to us).

Third, there obviously was some rounding of numbers up or down. Since there were no days, weeks, or months mentioned in Genesis 5, the numbers clearly include a rounding to the nearest year. Do we not often truthfully and acceptably round up or down all sorts of numbers? When someone asks (at 10:59), “What’s the time?” is it wrong to say it’s 11:00? Is it dishonest to say, “We just drove 800 miles,” when we actually drove 789 miles? Is it a lie to say a car costs $10,000 when it really costs $9,999? God neither lies nor approves of lying (Titus 1:2; Ephesians 5:25); however, rounding numbers (when no deceit is intended) is acceptable and often customary. In fact, the person who says, “I’m 22 years, 11 months, 28 days, 10 hours, 7 minutes, and 22 seconds old,” rather than simply saying “22” or “23,” is being excessively specific (and annoying). The rounding of numbers is often a welcomed relief.

Finally, even if all 10 patriarchs mentioned in Genesis 5 did have children or pass away at an age that ended in a 5 or 0 (which was not the case), such ages would not make the numbers wrong. They might seem statistically unlikely, but how many times in human history has something happened that seemed statistically unlikely? Has someone ever rolled a pair of dice 10 times and 10 times in a row got a total of 5 or 10? Probably. How many times could someone roll a pair of dice and not get combinations that equal seven? In 2009, a woman did this 157 times in a row, which reportedly is a 1 in 1.56 trillion chance. Yet, it happened.

Though the numbers in Genesis 5 may seem unusual at first glance, a more thorough consideration helps to clarify the matter. In truth, the number-endings are neither impossible nor unlikely.

2 And is technically still rounding to the nearest second (and not tenth of a second or hundredth of a second, etc.).

5 For questions pertaining to some of the different numbers given in the Septuagint and the Samaritan Pentateuch, see the excellent article by Dr. Justin Rogers (2020), “Can I Trust the Numbers in Genesis 5?”, Apologetics Press, https://apologeticspress.org/can-i-trust-the-numbers-in-genesis-5-5849/. 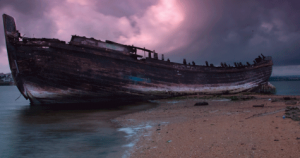