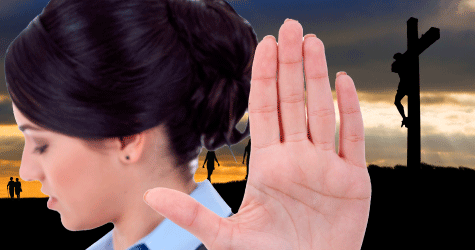 Can mere humans predict future events? Not in actuality, since no human being knows the future. Only Deity can do so, or empower a human to do so. For example, living at the beginning of the 21st century, who could possibly provide very detailed, very specific information about the execution of an individual in another country and culture a thousand years into the future? Such ability is beyond human capability. Yet, the Bible portrays just this quality, thereby demonstrating its divine origin.

For example, in a clearly Messianic psalm, King David quoted the Messiah as saying: “All those who see Me ridicule Me; they shoot out the lip, they shake the head, saying, ‘He trusted in the LORD, let Him rescue Him; let Him deliver Him, since He delights in Him!’” (Psalm 22:7-8, emp. added). In another psalm, a similar allusion is made: “I also have become a reproach to them; when they look at me, they shake their heads” (Psalm 109:25, emp. added). The individual or individuals who wrote these statements had been dead for centuries when Jesus came to the Earth and fulfilled their predictions. Historical fact verifies that the Psalms were complete centuries prior to the first century A.D. And the actions that were fulfilled were not fulfilled by sympathetic persons, but were, in fact, fulfilled unwittingly by hostile enemies of the Messiah. Consider Matthew’s account of what happened at the cross:

And those who passed by blasphemed Him, wagging their heads and saying, “You who destroy the temple and build it in three days, save Yourself! If You are the Son of God, come down from the cross.” Likewise the chief priests also, mocking with the scribes and elders, said, “He saved others; Himself He cannot save. If He is the King of Israel, let Him now come down from the cross, and we will believe Him. He trusted in God; let Him deliver Him now if He will have Him; for He said, ‘I am the Son of God.’” Even the robbers who were crucified with Him reviled Him with the same thing (Matthew 27:39-44, emp. added).

How in the world could anyone predict that those who attended the crucifixion would “shake their heads” at Jesus? Lucky guess?

Well over 300 prophecies are scattered throughout the Old Testament that refer specifically to the Messiah. Such a number could not be gleaned artificially from the Old Testament and made accidentally to match the host of circumstances that characterized the life and death of Jesus Christ hundreds of years later in the first century A.D. This point is especially weighty when one sees the specificity of the predictions, from His birth village to His tormentors spitting on Him. Jesus’ disciples were scattered and hiding in fear (yet another feature predicted—Zechariah 13:7), with most of them likely not even attending the crucifixion (Matthew 26:56; John 16:32). They lacked the facility, opportunity, and wherewithal to identify hundreds of minute details about Jesus’ life and death, and then find matching components in the Old Testament text. A few coincidences might have some counterweight, but 300+ such predictions that entail minute details of Jesus’ life on Earth are overwhelming proof of the supernatural element. Indeed, there is an unprecedented cumulative impact of so many details converging into one Person. Only one conclusion is possible: the only way a writer could pinpoint such specific details is if he was guided in his writing by a divine, transcendent Being. This is the only logical, rational, plausible explanation. The Bible is, indeed, the inspired Word of the God of the Bible.