Design in the Universe Earth
From Issue: Discovery – January 2021

Have you ever heard of “continental drift”? German scientist Alfred Wegener is usually given credit for the idea that the Earth’s continents were once pieced together like a big puzzle and have since drifted apart. But actually, the idea had been proposed by several scientists, including biblical Creation geographer Antonio Snider-Pellegrini, who published evidences for continental drift in 1858, long before Wegener was even born and decades before he voiced the theory in 1912. Snider-Pellegrini believed that the biblical Flood caused the movement of the continents. He was probably right—in part, at least. 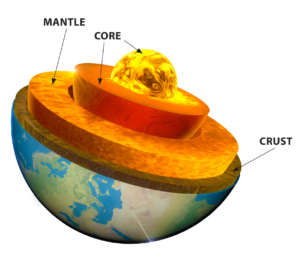 Now, of course, after over 150 more years of research, scientists have a lot more information about the Earth and have revised the idea. The Earth, like an egg, has three main parts: the core (like the yolk of an egg), the mantle (like the “egg white”), and the crust (like the egg shell)—the surface of the Earth, upon which we live (The core has an inner and outer section, and the mantle has upper and lower sections.). Geologists now believe the Earth’s crust is like a cracked egg that is broken up into huge pieces called tectonic plates that move around on the mantle—a theory known as plate tectonics. Geologists believe the continents are actually sitting on those plates, and that is why they move around (“drift”).

Have you ever wondered what causes an earthquake? 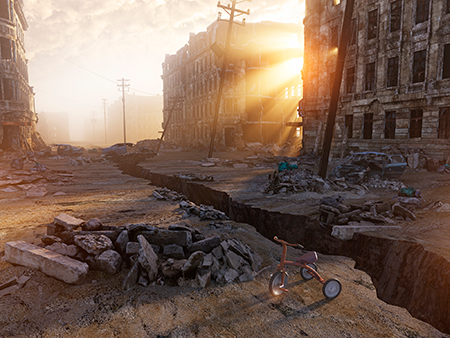 Earthquakes are caused at the edges of tectonic plates as they move around, grinding past one another. As the plates move, some ram into each other forming mountains (“convergence”) or slide below the other plate, sinking down towards the mantle of the Earth (“subduction”). Volcanoes and ocean trenches can form at subduction boundaries. Some plates “transform,” where one plate slides past another. Others move away from each other—called “divergence”—and new material from the mantle (magma) comes up to fill the space, making new crust. Divergence zones in the oceans form underwater mountains called mid-ocean ridges.

Is There Evidence for Plate Tectonics? 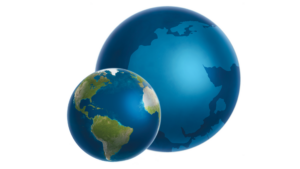 Image used with permission from Answers in Genesis

Have you ever heard about the continent called “Pangaea” that geologists believe existed in the past? Did it ever actually exist? As we saw on the previous pages, once geographers had the technology and knowledge to draw accurate maps of the entire Earth, scientists noticed that many of Earth’s continents seemed to fit together like a big puzzle. The name they gave to the supercontinent is “Pangaea,” which in Greek means “all Earth.” 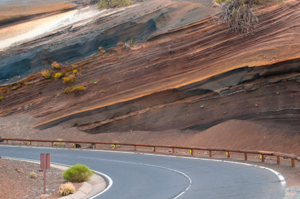 Have you ever been riding in the car looking out the window and noticed walls of rock on the left and right side of the car, as though the road was carved out of a mountain? Many times when you see “outcrops” of rock like that, you will also notice that the outcrops are not made of all one layer or even one rock type—there are several layers of rock stacked like pancakes on one another. Scientists have discovered that when the continents are pieced back together into Pangaea, rock layers and mountain ranges match up between continents.

Also keep in mind the evidences for seafloor spreading that we just studied. When we switch the direction that the seafloor is spreading to calculate the position of continents in the past, we find that as the continents move towards each other, they are moving towards their Pangaea positions. With enough time, if the seafloor has always spread in the same direction, the continents would fit together. 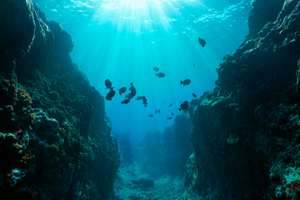 The Bible also gives a hint that might support the Pangaea theory. In Genesis 1:9-10, where Moses describes what God did on Day Three of Creation week, he explains that God “gathered together into one place” the waters of the Earth. If “the waters under the heavens” were together in “one place,” then does that mean the land would have to be gathered into one place as well?

Bottom line: there is powerful evidence that all of the continents used to be together only a few thousand years ago—that Pangaea was a real place.