Practically everyone understands that the term “day” can be used in various ways, both within and without Scripture. It can be used to refer to the opposite of night (Genesis 1:5). It can be used to refer to a literal, 24-hour period (or even a part of that 24-hour period—cf. Matthew 12:40; Lyons, 2004). And, it can be used to refer to a general period of time that is not limited to 24 hours, whether in the past (e.g., “in Napoleon’s day”), the present (e.g., “in this day and time”), or the future (e.g., “the Day of the Lord will come as a thief in the night,” 2 Peter 3:10). Rarely do people have a difficult time understanding each others’ use of the term day, since the context and the way in which the word is used virtually always defines the word rather easily. Think about it: How often do you have to interrupt someone because you misunderstand how they are using the word “day”?

Consider the following paragraph and the different ways in which the term “day” is used and easily distinguished.

In Abraham’s day, God made a covenant with the righteous patriarch and his descendants, saying, “Every male child among you shall be circumcised…. He who is eight days old among you shall be circumcised” (Genesis 17:10,12). As long as it was day eight, it may not have mattered if Abraham and his descendants circumcised their young males during the day or night. In Moses’ day, even if day eight fell on the seventh day (the Sabbath day), the Israelites were expected to circumcise their male children on this day, “so that the law of Moses should not be broken” (John 7:23).

How is the word “day” used in the above paragraph? It is used twice in reference to the two different general periods of time in which Abraham and Moses lived. It is used once to refer to the opposite of night. It is used six times to refer to literal, 24-hour days.

One of the easiest ways (though not the only way) to detect when the Bible is using the term “day” in a literal, 24-hour sense is to see if the term is modified by a number. Obviously, day eight refers to the eighth literal day (not week, month, year, decade, etc.) of a child’s life. Day seven refers to the seventh literal day of the week—the Sabbath day. Who would mistake these “days” for anything other than regular days? Interestingly, as Henry Morris once noted, “[W]henever a limiting numeral or ordinal is attached to ‘day’ in the Old Testament (and there are over 200 such instances), the meaning is always that of a literal day” (1974, p. 224, emp. added, parenthetical item in orig.).

The popular belief among some that “we have no idea how long the days of Creation were in Genesis 1” is, with all due respect, an illogical, unbiblical notion. Do people have any trouble understanding each other’s use of this term in modern times? Do we have any difficulty understanding the hundreds of times the word day is used outside of Genesis 1? If not, why is Genesis 1 so difficult to understand for some individuals? Why will some not accept the fact that the six times the word “day” (yom) is coupled with a number in Genesis 1, regular 24-hour days are under discussion? The fact is, it is not difficult to understand or accept the Creation account as literal truth, and to interpret the days of Creation for what they obviously were—unless one is sympathetic to the long, theoretical ages postulated by evolutionary theory and is attempting to find a way to fit vast periods of evolutionary time into the Bible.

Lyons, Eric (2004), “Did Jesus Rise ‘On’ or ‘After’ the Third Day?” Apologetics Press, https://apologeticspress.org/AllegedDiscrepancies.aspx?article=756. 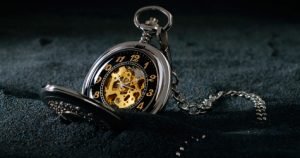 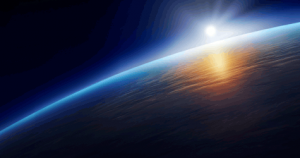 Were the Days Really Days?