Now that Same-Sex Unions Have Been Legalized 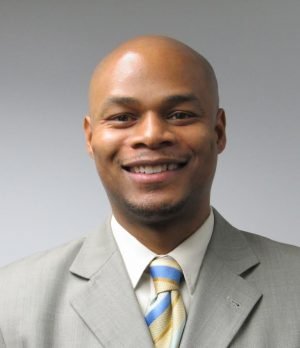 [NOTE: Auxiliary staff writer Melvin Otey served in the U.S. Department of Justice (DOJ) in Washington, D.C. as a Trial Attorney in the Review and Policy Unit of the Organized Crime and Gang Section, responsible for reviewing all RICO and VICAR prosecutions nationwide. He also taught at the University of the District of Columbia Law School. In addition to writing for Apologetics Press, Otey now serves as an Associate Professor of Law at the Faulkner University Jones School of Law in Montgomery and as an adjunct professor at Amridge University.]

There are watershed moments in the history of any nation, and America is no different in this regard. Critical turning points have included armed conflicts like the Revolutionary and Civil Wars. They have included speeches like Patrick Henry’s “Give Me Liberty or Give Me Death” address to Virginia’s delegates in 1775 and Martin Luther King’s “I Have a Dream” speech at the March on Washington in 1963. The course of affairs in America has also been decisively impacted by court rulings like Brown v. Board of Education and Roe v. Wade. On June 26, 2015, the United States Supreme Court reached a decision in Obergefell v. Hodges that will surely qualify as yet another watershed moment in American history.

WHAT THE COURT HAS DONE

With the Supreme Court’s mandate that all 50 states recognize homosexual “marriages,” American authorities have once again declined to restrain evil and decided instead to sanction what Jehovah clearly condemns (but see Romans 13:3-5). Make no mistake: whatever popular opinions may be in society today, whatever novel theories are bandied about in the halls of academia to explain homosexual conduct, and whatever laws are passed by men, this is sinful behavior. It is one of several behaviors for which unrepentant sinners will be eternally lost (1 Corinthians 6:9-10).

Jehovah, the Creator of mankind and marriage, is as clear on this matter as He is on any subject. “You shall not lie with a male as with a woman; it is an abomination” (Leviticus 18:22, ESV). “If a man lies with a male as with a woman, both of them have committed an abomination; they shall surely be put to death; their blood is upon them” (Leviticus 20:13). While many today seemingly accept the notion that people are “born homosexual” (without any scientific support), homoerotic behavior is really a consequence of people turning away from Jehovah to worship themselves and lower aspects of His creation. In Romans 1, the apostle Paul explained:

For this reason God gave them up to dishonorable passions. For their women exchanged natural relations for those that are contrary to nature; and the men likewise gave up natural relations with women and were consumed with passion for one another, men committingshameless acts with men and receiving in themselves the due penalty fortheir error. And since they did not see fit to acknowledge God, God gave them up to a debased mind to do what ought not to be done (emp. added).

Of course, in the first century when Paul wrote, homosexuality was common and accepted in the Roman Empire, just as it is becoming more common and more accepted in America and Western Civilization at-large. Remember, “Righteousness exalts a nation, but sin is a reproach to any people” (Proverbs 14:34; cf. Ezekiel 16:49-50).

The Court’s decision is merely the latest in a line of critical markers for the accelerated and abysmal moral decline of the United States. It follows on the heels of the introduction of the theory of evolution into school curricula, the legalization of abortion on demand, and the proliferation of no-fault divorce. Our society is at war with our God, and the Court’s decision once again crystallizes the stark contrast between God’s law and man’s law. This decline in our national morality does not bode well for our national future: “Woe to those who call evil good and good evil, who put darkness for light and light for darkness, who put bitter for sweet and sweet for bitter!” (Isaiah 5:20).

WHAT CHRISTIANS MUST DO

More than ever before, it is absolutely vital that Christians in America grasp the reality of our circumstances. Whatever ideals one may hold about what America used to be, and whatever dreams one may have about what it will become, we must walk circumspectly in these evil and decadent days (Ephesians 5:15-16). We live in Sodom and Gomorrah. This is Babylon and Rome, and we must develop realistic expectations in order to prepare for what is forthcoming. All those who resist this latest ordinance of the State and speak against homosexuality as the Bible does should anticipate mounting aggression and increasingly overt hostility from his neighbors and the authorities. “Indeed, all who desire to live a godly life in Christ Jesus will be persecuted” (2 Timothy 3:12).

Of course, aggression and hostility and persecution have been evident for some time now (albeit at a relatively lower level). Those who have dared to voice concern with their employers’ “diversity” campaigns, designed largely to compel acceptance of homoerotic behavior, have been sent to “sensitivity training” or fired. Business owners who have declined to sell flowers or cakes for homosexual wedding ceremonies specifically because of their religious convictions have been sued, fined and driven out of business. People from all walks of life are publicly excoriated and harassed if they even suggest that this particular sin is unnatural and unhealthy for individuals, families, and society-at-large. Increasingly, everyone is thought to have freedom of speech in America except those who disagree with homosexuality, and the tide is unlikely to change in the near future.

There is room to lament and decry what is occurring, but Christians cannot expend inordinate energy in this regard because we cannot afford to be inert any longer. We must move forward. In light of what is occurring in American society, in general, and the Supreme Court’s recent decision regarding same-sex unions, in particular, Christians must consider how the church should proceed in the days to come.

We must preach and teach the truth, the whole truth, and nothing but the truth. It will make us unpopular, but we must obey God rather than men (Acts 5:29) and bear the consequences for preaching and teaching Christ (Acts 5:40-42). Canada’s Supreme Court ruled that Biblical speech opposing homosexual behavior is a “hate crime” in February 2013. It is seemingly only a matter of time before American courts do the same, and well-funded advocates of the homosexual agenda are aggressively marshaling their resources to ensure that they do.

Following their latest victory in the Supreme Court, these advocates will ramp up their focus on policing speech in the workplace, schools, businesses, and public squares across America. Consequently, the costs for teaching “the whole counsel of God” (Acts 20:27) on matters of marriage and sexuality will increase dramatically. People are going to be sued and convicted as criminals for merely saying what the Bible says; they will be fined and ultimately jailed. Still, we must not waver or compromise; rather, we must “preach the word; be ready in season and out of season; reprove, rebuke, and exhort, with complete patience and teaching” (2 Timothy 4:2).

Of course, being committed to speaking and living the truth does not mean Christians should be ignorant of or unprepared for the consequences. We are to be wise as serpents and harmless as doves (Matthew 10:16). Those promoting acceptance of homoeroticism are doing it largely through the courts, and this means they will continue suing people. Consequently, church sermons and Web sites will be scoured for statements disapproving of homosexuality. Also, preachers and churches will increasingly receive inquiries from litigious individuals concerning their willingness to perform same-sex weddings, and they must take proper precautions.

In anticipation of inquiries like this, preachers should strongly consider adopting an announced policy of refusing to officiate wedding ceremonies where he has not personally provided pre-marital, Bible-based, spiritual counseling to those wanting to exchange vows. This is advisable for several reasons, but a consistent practice in this regard will require those seeking the preacher’s assistance for a homosexual union to submit to several sessions of counseling on what the Bible teaches about marriage. Those who are not interested in entering a union guided by the Scriptures are unlikely to participate in such a series. However, even if two men or two women participated in the series (which would be great), a preacher could still decline to officiate the ceremony if the parties are unwilling to repent of their sin, just as he would decline to officiate if he discovered that the union would be adulterous (e.g., Matthew 5:31-32, 19:9). The basis for refusal, then, would be the parties’ express intention of entering into a union that does not conform to the teachings of Scripture, which he is duty-bound to uphold.

Congregations should also be proactive and adopt insulating language and policies before trouble of this kind darkens its doors. For instance, every church’s bylaws should include a statement of faith regarding marriage, gender, and sexuality and clearly identify the Bible as the final authority for all matters of faith and practice. A church might also adopt a policy limiting the use of its facilities and grounds to the religious purposes expressed in its bylaws. If its buildings and grounds are to be used for weddings, the church should amend its bylaws to expressly state that weddings conducted by church staff or on church grounds are “religious ceremonies” (because they involve acts of prayer, singing hymns, reading Scripture, and an exchange of vows in which a man and woman enter into a covenant with God and one another; see Matthew 19:6 and Malachi 2:14-15) and limit the use of church facilities to ceremonies involving “members in good standing” (and perhaps “their children” or “immediate family members”). As long as the limitation is not based on sexual orientation and is consistently applied, the congregation is likely to either avoid a lawsuit or successfully withstand a legal challenge if it comes.

The Court’s decision in Obergefell v. Hodges will certainly lead to increased pressure on the church. Those who support the homosexual agenda will target conservative preachers and churches (they have already been targeted in other countries), and the ones saying “no gay marriages” are surely going to end up in litigation, whether civil or criminal. Of course, this does not change our responsibilities one iota; we must stand with the Lord in speaking and teaching the truth. Along the way, we must be prudent and wise in protecting the church because, even if churches successfully defend against lawsuits of this kind, the drain on resources that comes with being swept up in litigation would distract its members and significantly undermine its work.