No Rapture; No Tribulation; No Armageddon

Some people believe that Christ is coming very soon to secretly snatch Christians away from the Earth. They believe that families will be shocked when a mother, father, or child will strangely disappear. Cars will crash in the streets because the drivers disappeared. A man and wife will be in bed; she will turn her head, and find him gone. Planes will crash, with no pilots found. They say the “Rapture” will be an invisible coming of the Lord for His saints. But the Bible does not teach this idea. The New Testament refers to only one return of Jesus—at the end of time before the Judgment. The Second Coming of Jesus will not be secret, but will include “blazing fire” (2 Thessalonians 1:8), the sound of a trumpet (1 Corinthians 15:52), a “shout,” the “voice of the archangel,” and the “trump of God” (1 Thessalonians 4:16). All persons everywhere will see and hear this event. In fact, the very passage they claim refers to the Rapture (1 Thessalonians 4:16) is about the noisiest verse in the Bible!

These people also believe that after the Rapture, a seven-year tribulation will happen. They think Jesus taught this idea in Matthew 24:1-34. But Jesus, speaking in A.D. 30, referred to the destruction of the city of Jerusalem that happened in A.D. 70—nearly 2,000 years ago! He said the event would happen to the generation of people to whom He was speaking (vs. 34)—and it did!

These same people claim that another thing is about to happen—a big, terrible war that will affect the whole world. They refer to this battle as Armageddon. They claim the Bible teaches that this battle will take place in the near fu-ture. But this word is found only in Revelation 16:16. There it refers—not to an actual physical battle—but to the spiritual fight that the early Christians had to face when the government persecuted them because they were Christians. The book of Revelation is a book of symbols, images, and figures. God did not intend for us to take the symbols as literal. For example, chapter nine talks about locusts that looked like horses with human faces, had little gold crowns on their heads, and lions’ teeth. They even had scorpion tails! But these creatures never have existed, and never will exist! They are just symbols—like Armageddon. The Bible says that when Jesus returns, the whole world will stand in Judgment before God, with everyone then being sent to heaven or hell. 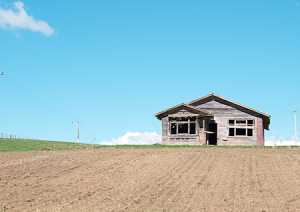