Adolf Hitler is credited with saying: “By means of shrewd lies, unremittingly repeated, it is 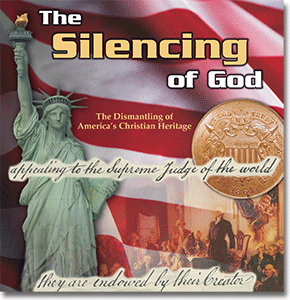 possible to make people believe that heaven is hell—and hell heaven. The greater the lie, the more readily it will be believed.” Americans have been subjected to just such lies. For some 50 years now, we have been told that the Founding Fathers were deists, that they advocated “separation of church and state,” that they advocated a pluralistic, religiously neutral handling of government and public institutions, and that they advocated acceptance of all religions as equally valid. We have been told that America was never intended to be a “Christian nation.” And we have been bullied and berated with the claim that those who oppose immoral behavior (like abortion and homosexuality) are “politically incorrect,” ignorant, insensitive, intolerant, and lack compassion.

Indeed, the United States of America is in the throes of a full-scale war for its very life and soul. American society has been undergoing swift transition as social and political liberals, the ACLU, secularist educators, immoral entertainers, and activist judges wage a vociferous culture war. Make no mistake about their objective: they wish to expunge every manifestation of God, Christ, and the Bible from American life.

But America’s intimate connection to Christianity from the very beginning was embedded deeply in our public way of life. Though the adversaries of the God of the Bible have been steadily chipping away at America’s foundations for 50 years, many indications of our nation’s Christian heritage remain. In fact, the evidence is overwhelming and breathtaking for those who care to take the time to peer into America’s forgotten past. The truth of the matter is that the vast majority of those who were responsible for establishing this country believed that the Christian religion must be the basis of the Republic if their grand experiment was to last. 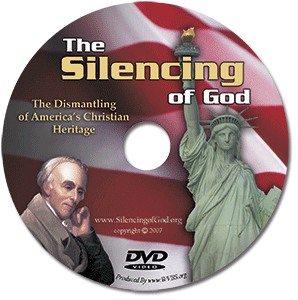 American culture, and to awaken Christians to the urgent need to recall our nation from the moral and spiritual depths to which she has plummeted, we released The Silencing of God Seminar on DVD in March 2007. The response, quite frankly, has been considerable. Voices from across the nation have literally clamored for us to get the DVDs into the hands of as many politicians, judges, and citizens as possible—and as quickly as possible. Consequently, at the behest of a dear elder in the Lord’s church in Huntsville, Alabama, the two-disc Silencing of God Seminar was edited, abbreviated, and repackaged in order to make it as inexpensive and accessible as possible. The five sessions of approximately 45 minutes each have been squeezed onto a single DVD. Now the average person can afford to buy bulk quantities and distribute to friends, family, and acquaintances. To read more about this special project, visit: http://sog.westhuntsville.org. Significant discounts apply to bulk quantity orders. A must-see for every Christian—as well as American.