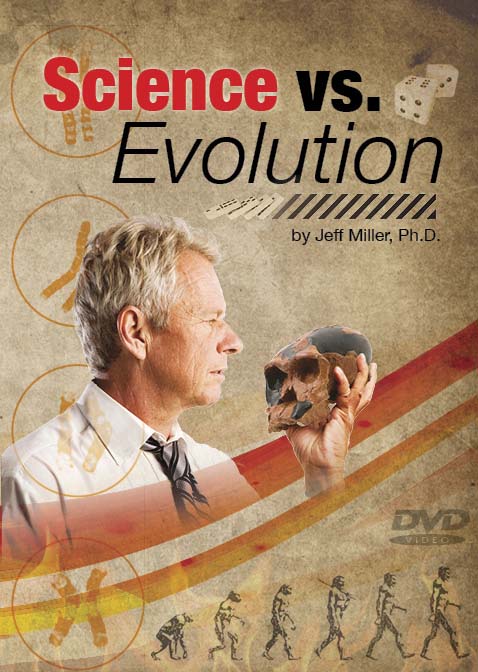 Apologetics Press continually strives to generate products that promote the cause of Christ and refute the ploys of Satan to subvert souls. Atheistic evolution has certainly been a prominent myth by which many have been drawn away from the Almighty. From its inception, A.P. has waged aggressive warfare with the forces of evolution in an effort to demonstrate its unscientific nature in contrast with the perfectly plausible biblical account of Creation. To that end, we are very pleased to announce the release of a new DVD that we believe provides tremendous assistance in ascertaining the truth about evolution.

Resident A.P. scientist Dr. Jeff Miller (Ph.D. from Auburn University) explores the laws of science, comparing them to the claims of naturalistic evolution. He meticulously examines the alleged “evidences” for Darwinian evolution. He even answers the question: “If the evidence doesn’t support atheistic evolution, why do so many believe in it?” This two-DVD set contains eight 35 minute sessions with the following titles:

You will want to secure your copy, as well as copies for youth and others in your acquaintance who need to be equipped with this information.

On another note: the 2014 A.P. Christian Evidences Summer Camp is now history. Over 200 campers were blessed by this outstanding event. See the report in the centerspread of this issue of R&R. You may want to make your plans to be a part of the 2015 camp which will center on the theme: The Deity of Christ.