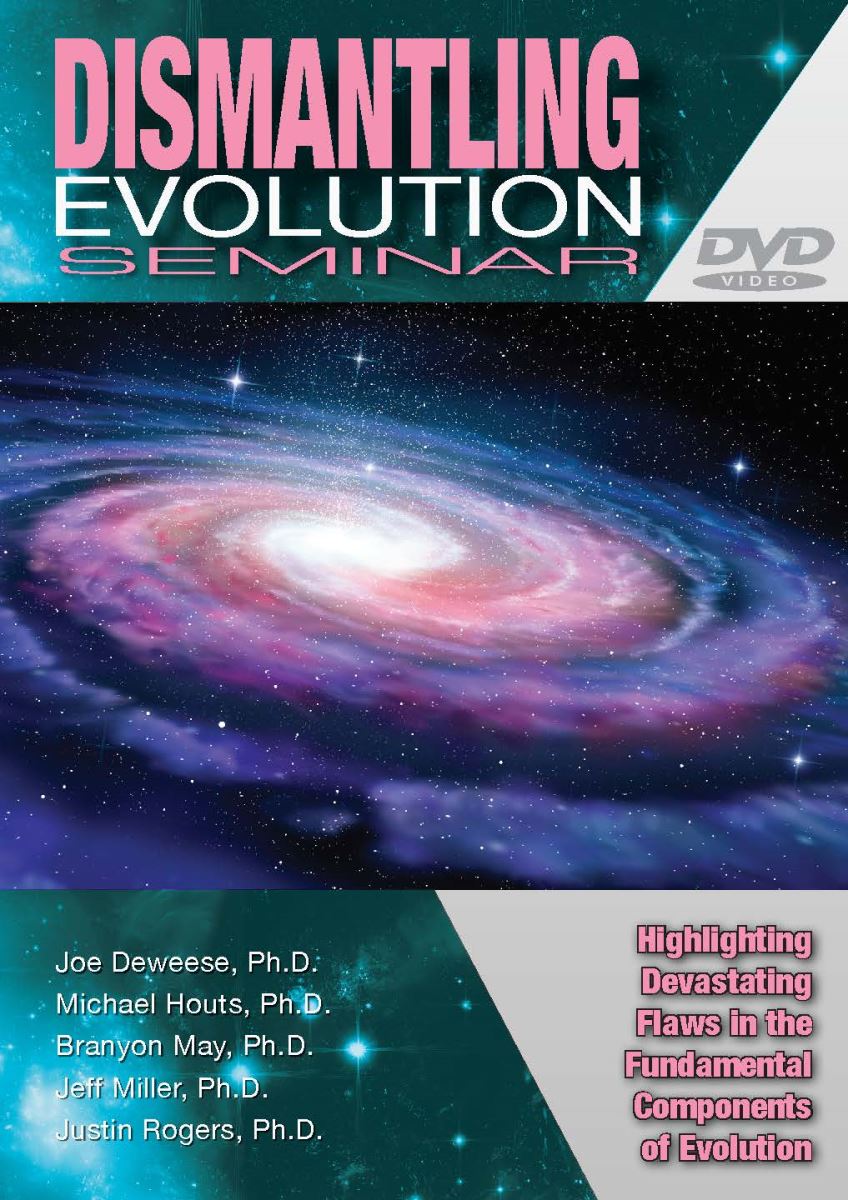 Cosmic evolution, which typically includes the Big Bang Theory coupled with Neo-Darwinian evolution, is the term used by many modern scientists to describe how the Universe came into existence and evolved into its current form in a purely natural way, i.e., without God. It is taught as “fact” by the bulk of the scientific community in classrooms around the country, even though it is riddled with rarely highlighted but devastating problems that discredit its scientific authenticity.

Apologetics Press is blessed to have a number of credentialed scientists (both fulltime and auxiliary) who are qualified to write and speak authoritatively on matters related to Christian evidences. In a new DVD release, titled the Dismantling Evolution Seminar, four scientists are joined by a Hebrew scholar as they together highlight fundamental flaws in cosmic evolutionary theory. In the process, they demonstrate the true model of cosmic origins which fits the actual evidence. Here is a listing of the topics and presenters:

Where Did the Exploding “Cosmic Egg” Come From?—
Dismantling the Naturalistic Origin of the Universe
—Jeff Miller, Ph.D., Thermal Scientist

The Big Bang vs. Science and the Bible—
Dismantling the Prominent Model for the Evolution of the Cosmos
—Branyon May, Ph.D., Astrophysicist

This presentation is perfect for viewings by churches, youth groups, homeschoolers, and all who are interested in hearing “the other side” in this discussion. This DVD enables the viewer to recognize the flaws that pepper the fundamental components of organic evolution. Please consider ways and means by which this valuable product might be publicized and promoted in order to advance the cause of Truth.