It is somewhat difficult for 21st-century Christians to imagine being disciples of Christ and not having the complete New Testament at our fingertips to guide us in all areas of life and godliness. And yet, for the first few decades of the Lord’s Church, early Christians did not have the completed law of liberty.1 Even the earliest of New Testament books were not penned until 15-20 years following the establishment of the Lord’s Church in Acts 2.2 God, through His infinite wisdom, however, knew the early Church would be in need of trusted, divine, oral instruction, and so, until the New Testament was completed near the end of the first century, various Christians in various churches had “the word of wisdom through the Spirit” and “the word of knowledge through the same Spirit,” as well as the gifts of “prophecy” and “discerning spirits” (1 Corinthians 12:8,10).3 In the first century, the Spirit of God was “distributing to each one individually as He wills” (12:11). “Through the laying on of the apostles’ hands the Holy Spirit was given” to Christians in Samaria (Acts 8:18), Ephesus (Acts 19:1-6), Corinth (1 Corinthians 12), and no doubt many other places (cf. 2 Timothy 1:6).

Since most first-century churches that the apostles had established or visited were likely recipients of the much-needed miraculous gifts of wisdom, knowledge, prophecy, discernment, etc. (cf. Acts 8:5-17), some question why such churches needed written instruction (i.e., the inspired letters and documents that make up the New Testament). Why would the early churches have lacked any important information if they had miraculous knowledge (cf. 1 Thessalonians 3:10)?

The simple answer is that God designed the miraculous spiritual gifts given to the first-century church to be partial and temporary. Paul informed the church at Corinth that their miraculous prophecies and knowledge, etc. would “fail” and “vanish away” (1 Corinthians 13:8). “For,” he said, “we know in part and we prophesy in part. But when that which is perfect has come, then that which is in part will be done away” (13:9-10). Spiritual gifts were like “a child,” as compared to the coming, completed written revelation of God, which Paul compared to a “man” (13:11), a “perfect man” (Ephesians 4:13). Thus, while the Lord’s Church was in its infancy, God gave them miraculous gifts to help them along. But these gifts were neither permanent nor “in whole.” The spiritual gifts were a gracious, partial, temporary help. Thus, first-century Christians still needed Spirit-inspired instruction (e.g., Paul’s epistles to the Corinthians, the Thessalonians, etc.), which by the end of the first century was “perfect” (i.e., “complete”).

Perhaps for reasons known only to God, His communication to man from Adam until the close of the first century A.D. was “in part” (cf. 1 Peter 1:10-12; see also Hebrews 1:1). We can trust, however, that just as the omniscient, omnipotent, omni-benevolent God of the Universe “sent forth His Son” into the world “when the fullness of time had come” (Galatians 4:6),4 the perfect law of liberty was completed at just the right time and in just the right way as God had planned all along (cf. Ephesians 3:1-11). Thankfully, for more than 1,900 years mankind has had the blessed benefit of the complete will of God. Unfortunately, to the detriment of mankind, most people continue to choose to reject the all-sufficient Word of God which leads to eternal life.

1 For a discussion on why God waited a few decades for the New Testament to be penned, see Eric Lyons (2012), “Why Did God Postpone the Writing of the New Testament?” Apologetics Press, https://www.apologeticspress.org/APContent.aspx?article=4198.

2 Conservative scholars generally agree that the earliest written New Testament documents, including Galatians and 1 and 2 Thessalonians, were likely written between A.D. 48-52.

3 Dr. Earl Edwards notes that “our definitions of these various gifts are admittedly somewhat subjective. The ‘word of wisdom’ was probably the more advanced gift of preaching,” while “the ‘word of knowledge’ was probably similar to number 1 [the ‘word of wisdom’] but more elementary.” In addition to prophesying future events (cf. Acts 11:28), the gift of “prophecy may also be an inspired explanation of things previously revealed” (cf. 1 Corinthians 13:2; 14:3). “The ‘distinguishing of spirits’ would enable a person to distinguish between a true prophet and a counterfeit one or between true and false tongue speakers.” Earl D. Edwards (2000), Commentary on I and II Corinthians (Henderson, TN: FHU), p. 60.

4 At just the right time for God’s purposes and for man’s benefit, though thousands of years after Creation and the fall of man in the Garden of Eden.

Did Jesus Perform Miracles or Not? 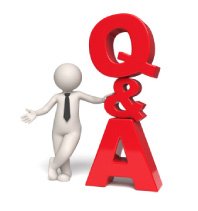